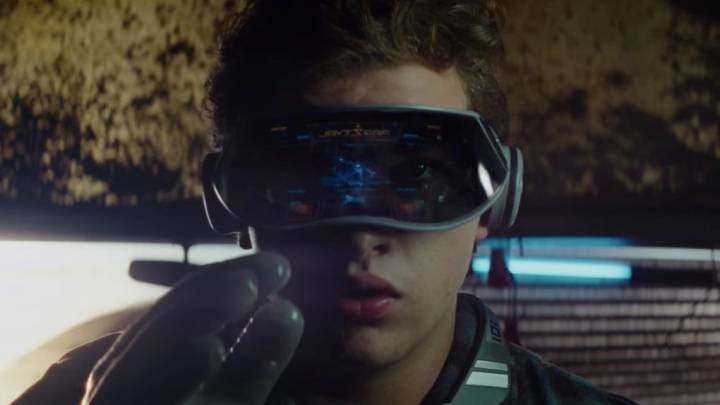 We don’t have that many new trailers for you this week, but it’s likely we’ll see a bunch of them drop real soon if you get my drift. But it’s not like it’s a bad week for movie fans. We just heard that Avengers: Infinity War was pushed forward to April 27th, and I for one can’t wait to see it.

On top of that, we have Red Sparrow opening this week, which seems like a great way to pass the time while you wait for the Oscars. Bruce Willis Death Wish is also out though I can’t see it competing against Jennifer Lawrence.

I may have joked about 50 Shades of Grey movies once or twice in these weekly trailer roundups, but the books and films have plenty of fans. In fact, the following trailer tells a 50 Shades story, and it’s one I really want to watch. Book Club is about four friends who decide to read the book. The comedy opens on May 18th, with Diane Keaton and Jane Fonda included in this book club.

First of all, Ralph Breaks the Internet: Wreck-It Ralph 2 is probably the worst sequel name in the history of sequels. But, come November 21st, I’ll still want to see it. It’s sort of the same story, but now there’s the internet, which brings these gaming characters in contact with a whole new world.

We’re in the final stretch for Ready Player One, Steven Spielberg’s new movie that puts virtual and augmented reality front and center. Yes, it’s a movie about a not-too-distant future where people on an overpopulated planet Earth put headsets on their faces to escape. As it happens, one of the highlights of this year’s MWC was, of course, virtual and augmented reality for phones. We’re building now the technology that will make futures like the ones in Ready Player One possible. Here’s a brief teaser for the movie, which premieres on March 29th.

Remember how Adam Sandler keeps making movies for Netflix because people keep watching them? The Week Of is exactly such a movie, a comedy about a marriage that will bring two completely different families together, and place them in a series of peculiar instances. The film is really about the father in laws. Sandler, you’ve might have guessed it, is one of them. Chris Rock is the other. Okay, I’ll watch it, but after the new Avengers movie.

In just a few days, Thoroughbreads hits cinemas, a drama about two friends who rekindle their friendship and end up looking to do whatever it takes to fix their lives. Anya Taylor-Joy, Olivia Cooke, and Anton Yelchin star in this one, and this is probably the last trailer for the film that we’ll be showing you.

We conclude this week’s roundup with Unsane. If it sounds familiar, that’s because we covered the tech behind it. Specifically, Steven Soderbergh used only iPhones to shot this thriller about a woman who believes she’s being stalked only to find herself admitted against her will in an institution. Her Majesty Claire Foy happens to be playing that woman.