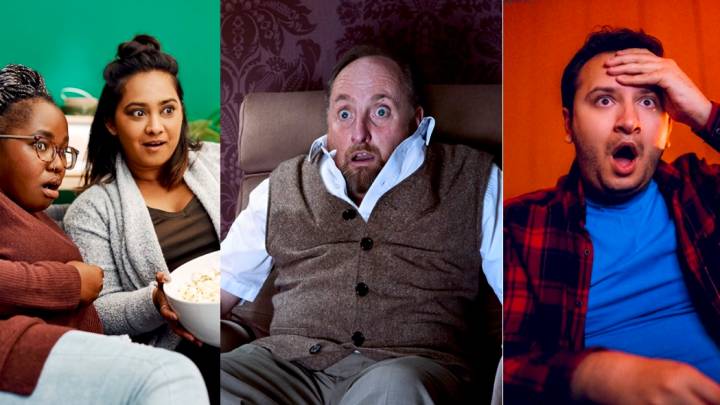 During the coronavirus-induced lockdown, millions of Americans found themselves stuck at home with nothing to do except watch TV. In turn, there was no shortage of shows that quickly became mainstream phenomenons, with Netflix’s Tiger King and TLC’s 90 Day Fiance being just two examples.

And while it’s one thing to talk about TV shows with friends and share relevant memes here and there, there’s no social substitute from watching TV live with your friends. Consequently, remotely watching TV shows and movies with family and friends quickly became a popular activity during quarantine. Still, setting up a remote viewing party isn’t always a straightforward process, especially when dealing with family members who aren’t exactly tech-savvy.

That said, there’s a new app called Watch With Friends which should make it a whole a lot easier to set up viewing parties. The app was developed by Caavo and is specifically designed to let people watch Netflix shows together. As it stands now, the app only works in the United States. The app — which is free and requires no signup or registration process — currently supports Apple TV, Roku, and Chrome browsers.

The app description reads in part:

Watch With Friends automatically synchronizes Netflix (additional apps coming soon) for party guests on Roku, Apple TV and Chrome browser. Enjoy your favorite movies and shows on the biggest and best screen in the house, or you can watch along on your laptop or desktop with the Chrome extension.

The way the app works is pretty simple. Users can get started by either joining an existing party or starting their own viewing party. To start your own, all you need is to grab the share link from Netflix, paste it into the app, and create a pin.

Once a party is underway and everyone has joined, users can chat with friends in real-time as the show plays. And while it should go without saying, it’s worth noting that every guest will need their own Netflix account in order to take advantage of the app.

With respect to compatibility, the developers note that the app currently works on all Roku models and the 4th generation Apple TV “and beyond.” If you have a mobile device, not to worry. You can also enjoy the app on any iPhone or iPad running iOS 11 or later. On the Android side of the equation, any device running Android 6, otherwise known as Android Marshmallow, will work just fine.