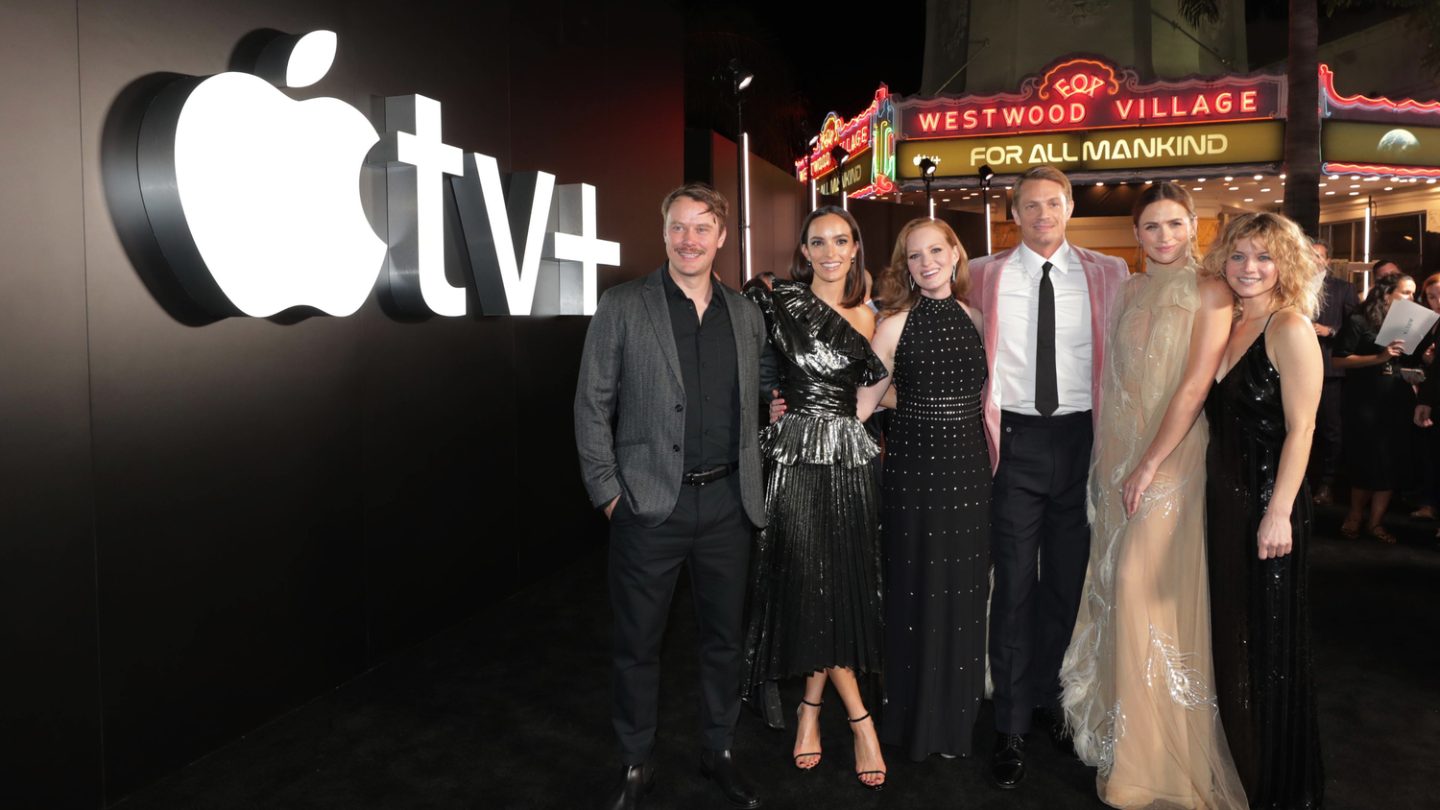 Apple held a splashy premiere event a few days ago at the Regency Village Theater in Westwood, California to unveil its new + series For All Mankind. It’s one of the marquee launch titles that will be available on November 1st — a drama that offers an alternative history of the “Space Race” that in real life, of course, saw the US beat Russia to the moon. It’s got solid talent behind it, like Golden Globe nominee and Emmy Award-winner Ronald D. Moore, who also reimagined Battlestar Galactica in the early 2000s and garnered legions of fans. And it’s told through the eyes of fictional astronauts, engineers, and their families.

The trailer has actually intrigued me enough to check out the series and give it a chance, so I’m probably going to give the service a try. As a reminder, + costs $4.99/month after a seven-day free trial.

Here’s my only problem with For All Mankind, however. According to Apple, starting November 1, the first three episodes of the show “will be available to watch on +. New episodes will continue to roll out weekly, every Friday.” Sigh. In my opinion, it’s unfortunate that experimenting with release schedules that don’t allow for bingeing is starting to become more prevalent.

Apple TV Plus Disney Plus Netflix