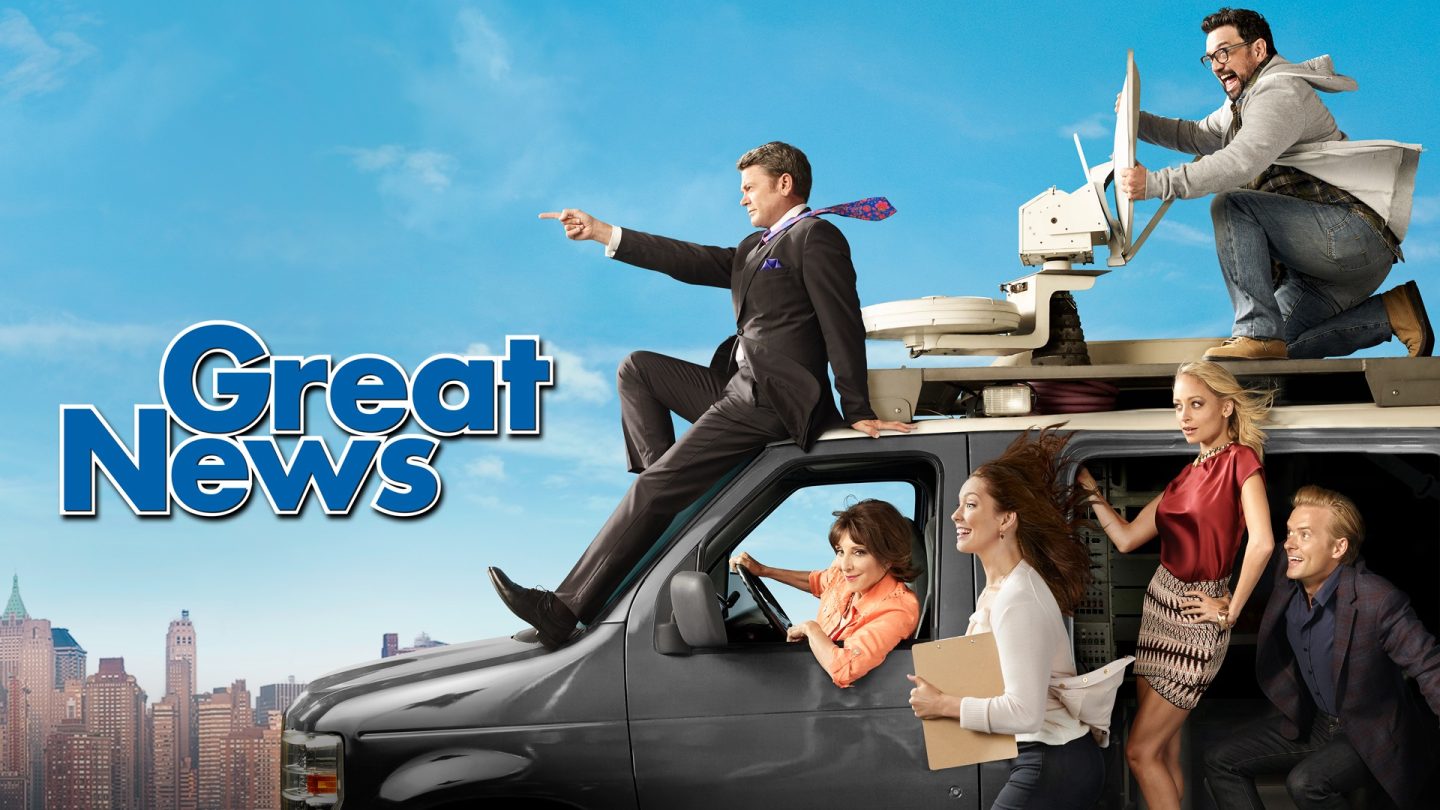 There are quite literally thousands of movies, TV shows, and specials available on Netflix. More often than not, when you open the Netflix app, you are likely either looking to rewatch one of your favorite shows or check out the latest buzzworthy Netflix original. Sorting through the near-endless library of licensed content usually is not worth the hassle. That’s why we want to try to turn our readers on to some of the best Netflix hidden gems they might have missed.

This week, we’re going to focus on one of the best sitcoms of the last decade: Great News.

The latest golden age of NBC sitcoms has sadly come to an end. After The Office, Parks and Recreation, 30 Rock, and Community ended their respective runs, hardly any TV shows even attempted to follow in their footsteps. The Good Place picked up the mantle for a few years, but it only lasted four seasons. In fact, Mr. Mayor is now virtually the only true sitcom still airing on the network.

But what if I told you that you missed one of the funniest shows of the decade? And that it lasted two seasons before being unceremoniously canceled? And what if I told you it was created by Tina Fey and Robert Carlock — the same duo behind Unbreakable Kimmy Schmidt?

Great News, created by Tracey Wigfield (30 Rock, The Mindy Project), debuted on NBC in April 2017. The show follows Katie Wendelson (Briga Heelan), a producer for a cable news show called The Breakdown in New Jersey, and her wonderfully bizarre coworkers at the station.

Katie is still very close to her mother, Carol Wendelson (Andrea Martin), and before the end of the first episode, Carol has managed to get a job as an intern at The Breakdown. Now Katie has to balance all of the responsibilities of her job with the fact that her mother is her coworker.

Why you should add it to your watch list

There are few shows that make me laugh as frequently and as consistently as Great News. Typical of a Fey-Carlock show, Great News is bursting at the seams with jokes. You’ll find yourself missing hilarious jokes because you’re still laughing at the last joke. This gives the show even greater rewatch potential, despite the fact that it only lasted 23 episodes.

Obviously, the key to any great sitcom is a great cast. You might not recognize half of the people on this show. And those you do recognize aren’t exactly known for their prolific TV careers. Briga Heelan has shown up in plenty of sitcoms in the past, from Cougar Town and Undateable to Crazy Ex-Girlfriend and B Positive, but this has tragically been her only real starring role. She is surrounded by incredibly talented character actors, but she carries the show comedically and emotionally.

Equally hilarious are Andrea Martin (who steals scenes with unbelievably committed performances) and Adam Campbell, who plays executive producer Greg Walsh. Martin gets to play a cartoonishly off-the-wall character that somehow has room left for genuine pathos and growth over the course of the series. Meanwhile, Walsh is the closest we get to a “straight man” in Great News, but deep down, the boss is just as bonkers as everyone else at The Breakdown. (Hence the name.)

SNL fans are in for a treat

The supporting cast is stellar from top to bottom as well. The co-anchors of The Breakdown — Chuck Pierce (John Michael Higgins) and Portia Scott-Griffith (Nicole Richie) — play just perfectly off of each other. Both seem to exist in their own realities, and Higgins in particular has some of the show’s most gut-bustingly hysterical lines of dialog. And as the show goes on, the SNL cameos start to pile up. Tina Fey has a whole arc as the head of the network. Rachel Dratch and Ana Gasteyer host a morning show on the same network. Tim Meadows even pops up as a lawyer in one episode.

If you’re looking for a new sitcom to add to your rewatch rotation, consider Great News. This is without a doubt one of my favorite hidden gems on Netflix, and I am thrilled it hasn’t been removed yet. Best of all, even though the show should have easily lasted between five and fifty seasons, the team did a pretty great job tying up the loose ends before the finale.

We’ll be back with more Netflix hidden gems in the coming weeks.