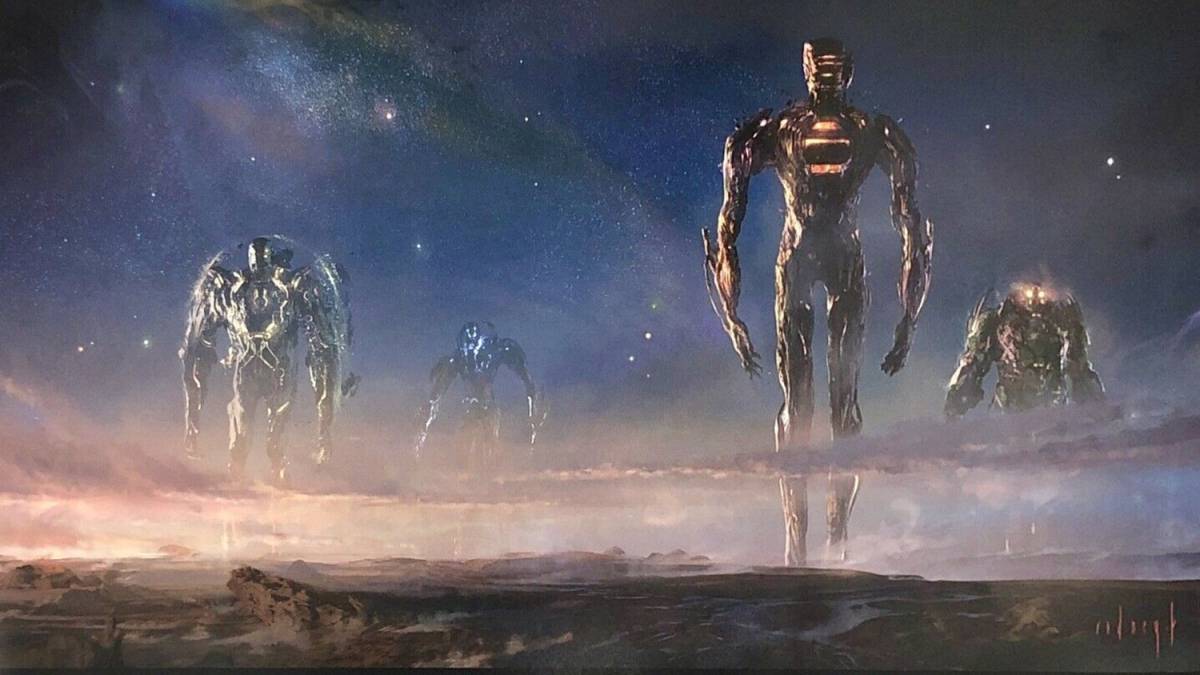 Marvel’s MCU Phase 4 contains 14 different titles, including six standalone movies and eight TV shows. They will continue to build the Marvel Cinematic Universe and evolve the storyline, inching us closer and closer to the next epic adventure like Endgame. Don’t forget that we have a five-year gap between Infinity War and Endgame that can be used to introduce other heroes and villains until we catch up with the MCU’s present-day (that’s 2023-2024, per the events in Spider-Man: Far From Home). Of all these films and TV shows, two titles stand out so far, as they should become pivotal moments in the main MCU timeline. Now, Marvel has confirmed that both of them will include ties to Endgame.

They’re both movies, and they’re unique in different ways considering all the rumors and all of Marvel’s recent official revelations. One of them is Doctor Strange in the Multiverse of Madness (May 7th, 2021), which will tie into Loki and WandaVision, according to Marvel. Recent reports also say the film will introduce the MCU’s mutants, with Deadpool and Wolverine expected to show up. Moreover, the film could also deliver the first major twist of Phase 4, turning Wanda into a villain — that’s also a rumor, by the way.

The other one is The Eternals, which launches on November 6th, 2020 and is supposed to introduce a bunch of new heroes who will populate this expanding MCU universe. The film is going to be the first non-Avengers movie since Captain America: Civil War to feature an impressive cast that will include a bunch of brand new superheroes. Marvel already told us that the action in Eternals spans a few millennia, confirming a recent leak. Kevin Feige also said these new heroes are well aware of the Avengers, although the Avengers are yet to realize that Earth had other defenders in place who could have played a role in helping to stop Thanos.

While the Eternals plot is still a mystery, it was easy to assume the film would be a prequel, with plenty of the action unfolding well before the events of Captain America: The First Avenger. However, it turns out the film might be a lot more exciting than that, as it’ll also explore ties to Endgame. The news comes from Newsarama, which listed the new expanded synopsis for The Eternals, as revealed by Disney in a recent 2020 movie preview (emphasis ours):

Marvel Studios’ The Eternals features an exciting new team of Super Heroes in the Marvel Cinematic Universe, ancient aliens who have been living on Earth in secret for thousands of years. Following the events of Avengers: Endgame, an unexpected tragedy forces them out of the shadows to reunite against mankind’s most ancient enemy, The Deviants.

The outstanding ensemble cast include Richard Madden as the all-powerful Ikaris, Gemma Chan as humankind-loving Sersi, Kumail Nanjiani as the cosmic-powered Kingo, Lauren Ridloff as the super-fast Makkari, Brian Tyree Henry as the intelligent inventor Phastos, Salma Hayak as the wise and spiritual leader Ajak, Lia McHugh as the eternally young, old-coul Sprite, Don Lee as the powerful Gilgamesh, Barry Keoghan as the aloof longer Druig, and Angelina Jolie as the fierce warrior Thena. Kit Harrington was cast as Dane Whitman.

Directed by Chloe Zhao, who helmed the critically acclaimed Sundance film The Rider, and produced by Kevin Feige, The Eternals opens in U.S. theaters on November 6, 2020.

The Eternals should be an exciting movie even as a prequel, but it’ll be even better if it ties directly into Endgame. Getting to know the new heroes isn’t the only thing we want from the movie. We also need to learn what they’ve been up to all these years, especially during the events of Infinity War, the five years that followed, and Endgame.