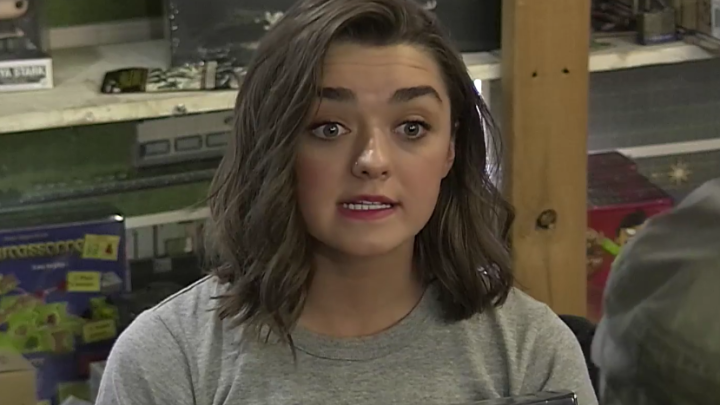 Actress Maisie Williams, best known for her work playing Arya Stark in Game of Thrones, isn’t above having a little fun at fans’ expense. She recently agreed to act as a young woman named Loraine who works at a gaming and toy store that just happens to be having a killer Game of Thrones promotion going on. Most of her customers recognize her right away but she refuses to admit who she really is and ends up hilariously pranking some diehard fans.

You see, in order to win some promotional Game of Thrones toys, the customers need to act out scenes from the show with Maisie. One woman does Cersei Lannister’s infamous walk of shame while Williams encourages other customers to throw things at her. Another couple reenact the scene where young Bran Stark walks in on Jamie and Cersei Lannister having incestuous relations.

(Don’t worry, everyone keeps their clothes on the whole time.)

Williams also pretends that she’s never seen the show and pretends to horrified when customers inform her that it regularly features rape, incest, beheadings and other fun staples of life in Westeros.