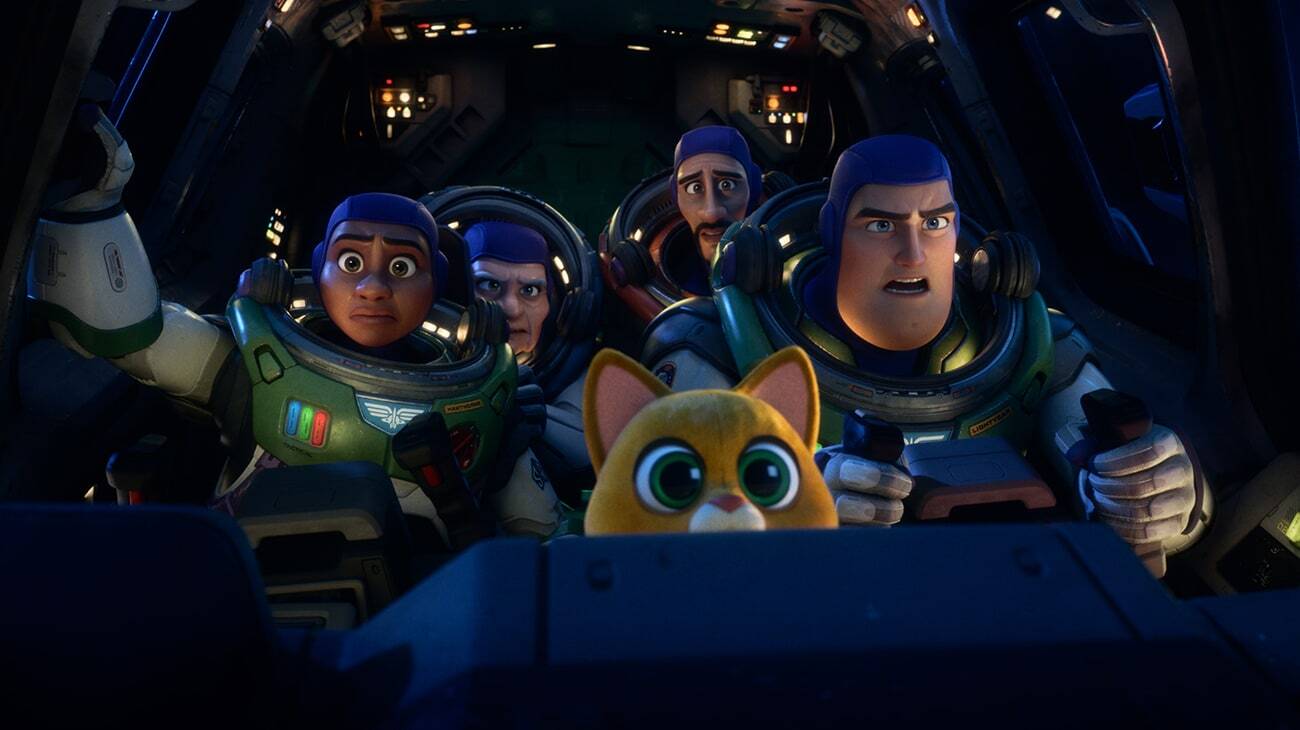 Have you ever seen a trailer or a commercial for a movie or show and asked yourself: “Does this need to exist?” It’s a common question, often targeted at spinoffs, sequels, and reboots of seemingly bygone media properties. It’s also a fairly lazy question without any interesting answers. But I did find myself asking that question when I heard about Lightyear.

As Pixar explains it, Lightyear is the origin story of Buzz Lightyear. Not the toy that we met in Toy Story, but the popular character the toy was based on. This movie is the movie that Andy saw that made him want the toy as badly as he did. And despite all my skepticism, Lightyear managed to win me over while proving that it does, indeed, need to exist.

Following a misadventure in space, a ship with a massive crew on an intergalactic trip ends up marooned on a hostile planet. Buzz (Chris Evans) and his commander Alisha Hawthorne (Uzo Aduba) make it their mission to get everyone back home. Doing so will require a great sacrifice, but Buzz is determined to do it himself, no matter the cost.

In many ways, Lightyear feels like an old Star Trek movie. Spacefaring heroes find themselves in an impossible predicament, and it’s going to take more than brute strength to battle their way out. Although there is some brute strength demonstrated here too.

From the opening moments, the themes are abundantly clear. Buzz believes that he and he alone can save the crew. As the stakes grow, he keeps doubling down until he realizes that it is not a sign of weakness to lean on others. His character’s growth isn’t especially revelatory, but the bonds that he forms with the other crew members stranded on the planet are what drive the story and make the movie’s heart beat.

The supporting cast elevates the movie

Buzz Lightyear is an iconic animated character. Chris Evans is Captain America. And yet, the movie would be inert without a strong supporting cast. That is what Pixar brings to the table here with Izzy Hawthorne (Keke Palmer), Mo Morrison (Taika Waititi), and Darby Steele (Dale Soules). The bumbling Space Rangers-in-training are not only hilarious, but they also force Buzz to reevaluate his self-imposed independence.

The real scene-stealer in Lightyear is Sox, Buzz’s personal companion robot that happens to look and act a lot like a cat. Peter Sohn, director of The Good Dinosaur, does such a good job voicing Sox that I can only hope he pops up in future Pixar movies.

These five unlikely companions are put to the test when alien robots invade. Those robots are led by none other than Zurg, the villain of Toy Story 2.

Somehow, Lightyear ends up being a more compelling and cohesive space adventure than any of the Star Wars sequels. The stakes aren’t nearly as high, but a great story needs great characters. Yes, the heroes of Lightyear are a bit formulaic, but they are also fun and likable and their motivations make sense. Lightyear is the best space movie that Disney has put its name on in years, and now all I want is an animated Star Wars movie from this team.

Plus, Pixar gets to flex some animation muscles that it has not in quite a while. Luca, Turning Red, and Soul are all beautiful movies, but they aren’t exactly action-packed. Lightyear is, and there are moments in this movie that will have you clenching your armrest.

Lightyear won’t go down as one of Pixar’s best, but it’s also not trying to be more than it is. This is a light-hearted, humorous action-adventure movie starring Buzz Lightyear. The story isn’t nearly as inventive or surprising as Pixar’s instant classics, but the cast and the animation elevate this spinoff far beyond the direct-to-DVD sequels of the 2000s.