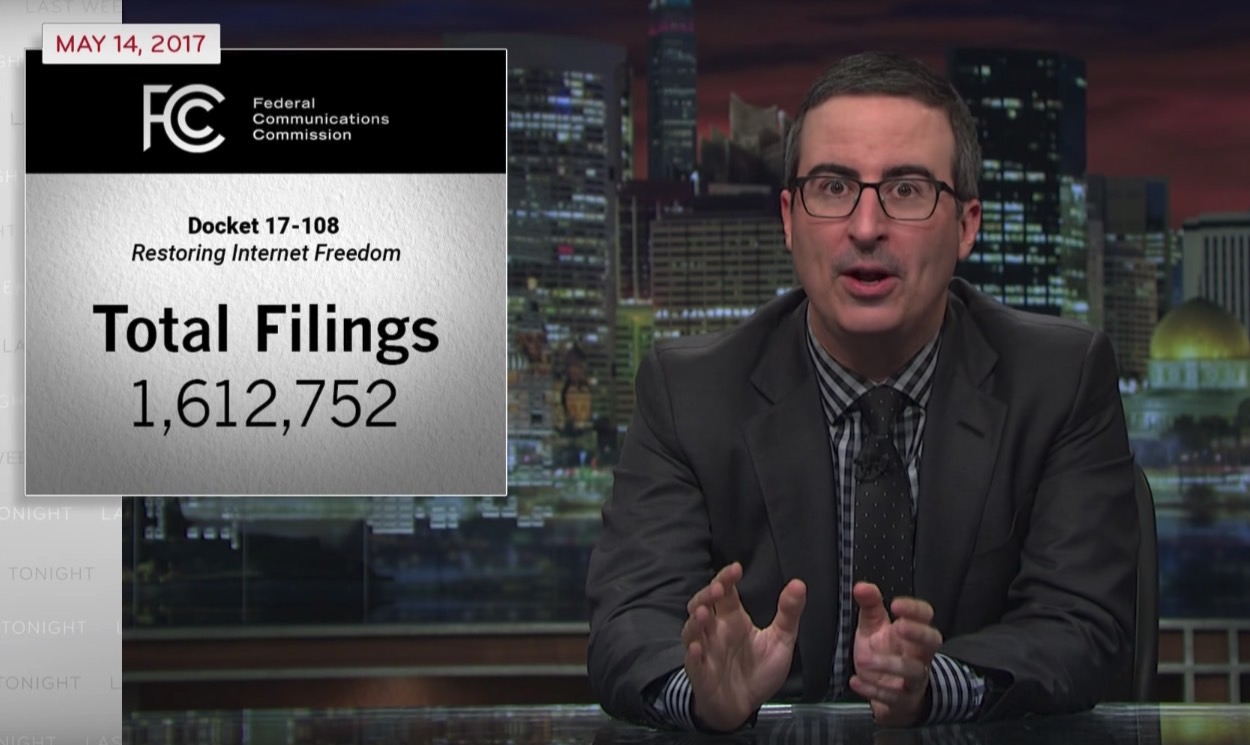 There’s a new net neutrality battle looming, and this time around the FCC might kill the kind of internet users actually want. Trump’s new FCC Chairman Ajit Pai made it clear that he opposes the Obama-era net neutrality rules, which prompted Last Week Tonight host John Oliver to launch a second defense of net neutrality last week. Oliver is back in an exclusive web video to tell you more details about the pro-net neutrality. Meanwhile, for some strange reason, Pai decided it’d be totally okay to laugh at people tweeting mean things at him, though his responses are incredibly uncool.

Oliver explains in a short segment that now is the time to stop sending comments to the FCC. According to the Commission rules, all comments posted in the week leading up to the May 18th will not be considered. That’s why Oliver’s website that helps users find the web page where pro-net neutrality comments should be posted, gofccyourself.com, is currently not redirecting you to that page.

Oliver also revealed that so far, more than 1.6 million comments were posted, while he admits that some of them can’t be taken into account due to their unserious nature — he also mentions the more than 128,000 spam comments posted by an automated service in opposition to net neutrality. Here’s Oliver’s web-only video:

So how did Pai respond? Well, he turned everything into a huge joke, albeit his responses weren’t even that funny, to begin with. The FCC Chairman read mean tweets on net neutrality, the The Independent Journal Review reports. Although truth be told, these angry comments were targeting Pai rather than net neutrality. Obviously, these comments aren’t beneficial for the entire net neutrality debate, but neither are Pai’s responses.

What’s more, Pai just made sure that Oliver and Co. will have enough material to torture him in the next episodes of Last Week Tonight, and you’ll realize why as soon as you watch the video.