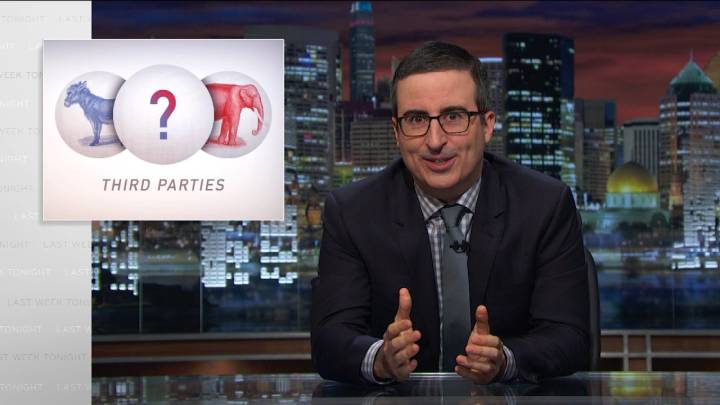 Donald Trump and Hillary Clinton are two of the least popular presidential candidates in American history. Therefore, you can understand why some voters are looking for alternatives. In 2016, those alternatives come in the form of third-party candidates Dr. Jill Stein and former New Mexico Governor Gary Johnson.

SEE ALSO: A month with the iPhone 7

In the latest episode of Last Week Tonight, John Oliver dedicated an 18-minute segment to the two individuals in an attempt to give them both the attention they deserve as viable presidential candidates. Unfortunately, after digging below the surface, Oliver discovered that both have serious issues.

Both Johnson and Stein have been campaigning on the idea that the American people shouldn’t have to choose between “the lesser of two evils,” referring to Trump and Clinton. That would imply that the two major party candidates would be somehow worse for the country than the Green or Libertarian nominees, but neither Johnson nor Stein seem to have a firm grasp on how they would fix America.

For example, Stein’s primary campaign promise is that she, as president, will forgive all student debt. Unfortunately, she describes the method by which she would accomplish this goal as a “magic trick,” which it most certainly is not. Rather, it’s extraordinarily complicated and would require the president to pass a new law and force the federal reserve to print new money.

Likewise, some of Johnson’s main campaign goals are equally nonsensical. Johnson says that he wants to abolish the IRS and create a new fair tax system, but economists say it would be disastrous for the country.

Watch the entire segment below for more on the third-party candidates: