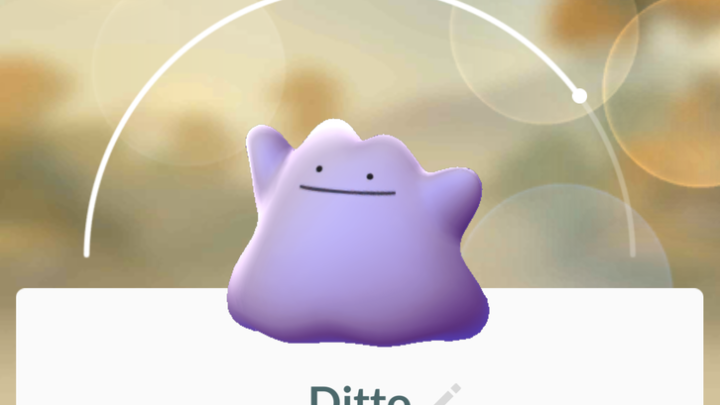 On Tuesday night, days after the rollout of the latest update for Pokemon Go, dozens of players from The Silph Road subreddit began reporting that they had caught Ditto. According to various reports, Ditto appears as a standard Pokemon, like Pidgey or Rattata, then transforms into Ditto after being caught.

If you’ve been keeping up with the Ditto saga, you know that this is a huge deal for Pokemon Go. Ever since players discovered that Ditto wasn’t included in the initial collection of 145 Pokemon, they’ve been desperately trying to figure out what they need to do in order to find it. At the moment, it’s still unclear exactly what triggers a Ditto spawn, but based on the reports, it looks like Niantic basically flipped a switch to activate Ditto in-game on Tuesday night.

Here are a few images from the first member of The Silph Road community to provide definitive proof that Ditto had indeed made its way into Pokemon Go: 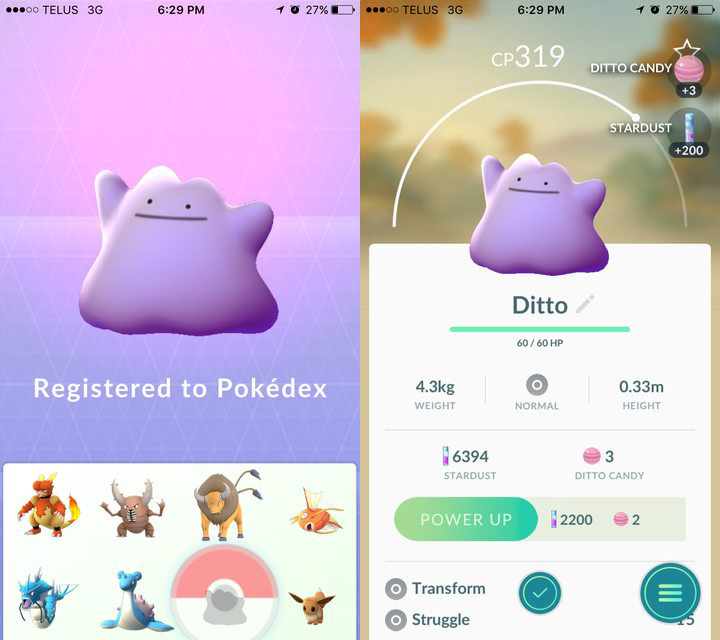 There doesn’t appear to be anything that signals whether or not the Pokemon you encounter is a Ditto, but once you catch one, a short cutscene will play that shows the creature you caught transforming into the pink blob of a Pokemon.

We’ll update this post with more information as players learn more about the first new addition to the Pokedex since the launch of Pokemon Go. But for now, if you want a Ditto of your own, get outside and start catching Pidgeys.

UPDATE: Redditor paanvaannd has compiled a list of details about Ditto:

You can check the thread for more information, but those are the highlights.