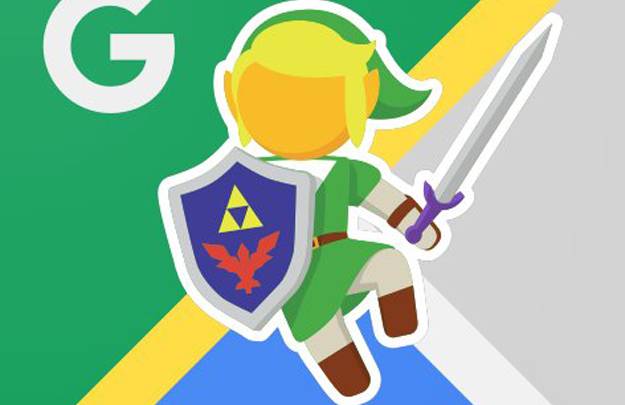 In celebration of the release of Twilight Princess HD on the Wii U, Nintendo has collaborated with Google to bring Link, the hero from The Legend of Zelda franchise, to Google Maps. In order to find him, just head to the browser version of Google Maps and look in the bottom right corner. Pegman, the small, yellow figure, has been replaced with the savior of Hyrule.

SEE ALSO: Netflix’s House of Cards season 4 is here to ruin your weekend

It’s a small easter egg, but one that is sure to keep Nintendo fans occupied for at least a few minutes on a quiet Friday. Ever wanted to see Link walk down the block you grew up on? This is your chance.

It’s dangerous to go alone. So why not check out the browser version of Google Maps for some legendary surprises? pic.twitter.com/Hy3cIyjySE

As for the game itself, Twilight Princess was always divisive among the fan base. On the heels on Wind Waker (one of the most beloved games of the series), Twilight Princess felt dark and drab. The puzzles were creative, the combat was improved, but it just wasn’t what every fan was looking for back in 2006.

Additionally, Twilight Princess was originally in development for the Gamecube before it made the transition to the Wii. Being stuck in between generations definitely had an impact on how gamers viewed this sequel.

Ten years later, reviews for the HD remake are consistently positive, so you’re interested in giving this stepchild of the series another go (or simply want to play it for the first time), it’s out now for the Wii U.