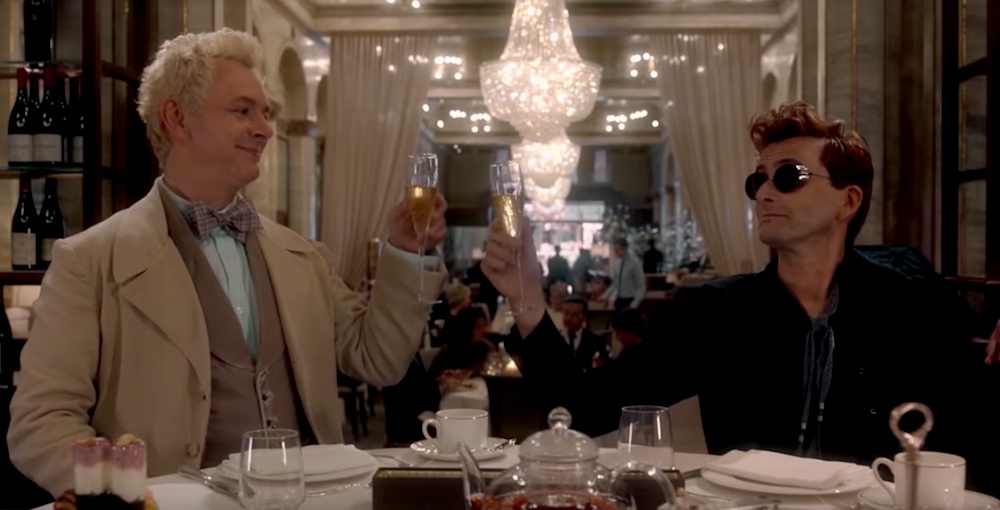 A religious Christian group in the US called Return to Order recently launched a petition calling for Netflix to cancel the series Good Omens. Their reasoning is that the show is blasphemous to the extent that it “mocks God’s wisdom” and “presents devils and Satanists as normal and even good, where they merely have a different way of being…”

“This is another step to make Satanism appear normal, light and acceptable,” the organization notes on its website. “We must show our rejection. Please sign our petition, telling Netflix that we will not stand silent as they destroy the barriers of horror we still have for evil.”

Now the petition at issue here — which has already garnered 35,000 signatures — isn’t exactly newsworthy in and of itself. After all, people sign petitions urging Netflix to cancel shows on a regular basis. What makes this story so comical, though, is that Good Omens isn’t a Netflix show. It’s an Amazon original.

Naturally, some folks on Twitter had a field day with the mixup.

Glorious. 20,000 people sign a petition calling for Good Omens to be removed from Netflix. Miraculously God has already done it. Don’t tell them She put it on Amazon instead. https://t.co/96PPzDLDxR

Hardly a surprise, the petition will undoubtedly bring even more attention to the Amazon series and could ultimately serve to boost overall viewership. It’s essentially the Streisand effect at work. For those unfamiliar, the Streisand effect refers to the phenomenon when an effort to block, cancel, or censor a piece of information has the opposite effect. The term was coined after Barbara Streisand tried to keep photographs of her house from becoming public. Her efforts, though, only got people more curious about what her house looked like and generated a ton of publicity as a result.

In any event, if you’re at all curious about what Good Omens brings to the table, the trailer can be viewed below.