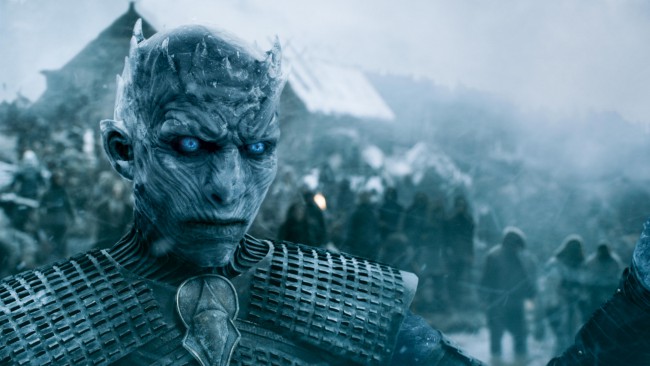 As one of the more popular shows on TV, Game of Thrones is certainly no stranger to controversy. Even though the show airs on HBO — a channel were ostensibly anything goes — there have been some vocal critics who have lambasted the show for the way it treats women and its depiction of violence that some argue is gratuitous and a tad over the top. Of course, Game of Thrones author George R.R. Martin has been quick to dismiss such criticisms, noting in the past that “drama comes out of conflict” and that “if you portray a utopia, then you probably wrote a pretty boring book.”

All that said, there’s no denying that death is one of the reasons why GOT is so enthralling and compelling. After all, it takes a special skill to create a character so vile (read: King Joffrey) that viewers are actively hoping for his brutal demise. Individual character deaths aside, GOT is also no stranger to depicting death on a massive scale, often in the form of intricately choreographed scenes of large-scale battles.

All in all, the last six seasons have seen no shortage of death. From popular characters to nameless peasants, no one in the Game of Thrones universe is truly ever safe. In light of that, the YouTube channel Leon Andrew Razon Compilations recently put together a video compilation highlighting every single on-screen death the series has seen since its inception. Taking things an interesting step further, the video also advances a tally of all the deaths the show has seen. The resulting figure is pretty astounding: 150,966 deaths to be precise. Note, though, that the tally does include animals.

Regardless, this video compilation must have taken forever to put together and you can check out the finished result below.