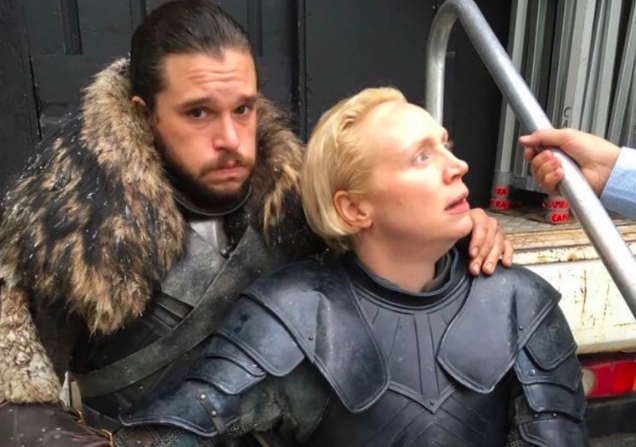 And with that, the biggest TV event in recent years is now officially a memory. Eight seasons of Game of Thrones came to a close with Sunday night’s broadcast of the sixth and last episode of the show’s final season (*Spoilers* to follow, of course). The decision to appoint Bran as king of Westeros may have been a turn of events few saw coming — fitting, in a way, given that this series has frequently taken the road less traveled when it comes to the story and given us one surprise after another over these many years. Everyone will now be taking stock, since Sunday night also marked a milestone moment in the history of pop culture and television as a medium, but it’s worth remembering: The looming threat that winter is coming, all those battles, deaths, beheadings, a Night King and his inscrutable motives, power plays for a throne made of swords — what was it all, if not the digital equivalent of a campfire around which we all sat to hear the slow unspooling of George R.R. Martin’s dense and daunting fantasy. It’s like Tyrion said Sunday night. The storytellers are the most powerful people in the world, a truth HBO knows as well as anyone.

Sunday night certainly was the catalyst for an hour of appointment TV that spanned the globe, the likes of which we may not see again for a long time — if ever, as TV fragments and demographics keep getting more finely sliced in an era of upstart streaming platforms. No wonder the stars who made Game of Thrones such a cultural force found themselves at times overcome with emotion and nostalgia at this turning of a page. “Finding the words to write this post has left me overwhelmed with how much I want to say but how small words feel in comparison to what this show and Dany have meant to me,” Emilia Clarke wrote in a farewell post on Instagram, as did many of her fellow GoT stars.

You can read some of them below, all of which are the perfect capstone to a monumental eight seasons of imperfect but perfectly compelling television: