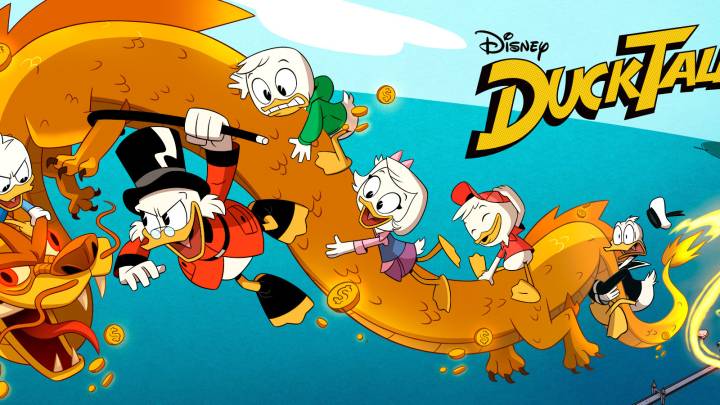 Nearly 27 years ago, Disney’s animated TV series DuckTales aired its final episode. 25 years later, Disney XD announced that it would be reviving the series for a new generation. Today, the first episode of that rebooted series was posted in full on Disney XD’s YouTube channel for anyone to watch.

If you are somehow oblivious to DuckTales, all you really need to know is that the series follows Scrooge McDuck and his nephews Huey, Dewey and Louie as they hunt for treasure, battle the forces of evil and meet a fascinating assortment of characters along the way.

The first episode is actually one of two half-hour specials that will air this season. In it, Donald Duck drops off his three nephews at their Uncle Scrooge’s mansion. A series of misadventures involving the inadvertent release of ancient evils and the search for the Lost Jewel of Atlantis follows:

The new voice cast includes David Tennant as Scrooge, Danny Pudi as Huey, Ben Schwartz as Dewey, Bobby Moynihan as Louie, Kate Micucci as Webby Vanderquack, Beck Bennett as Launchpad McQuack, Toks Olagundoye as Mrs. Beakley and Tony Anselmo as Donald Duck. Anselmo is the only member of the original DuckTales cast who will be returning for the revival on Disney XD.

Reboots of classic franchises, animated or otherwise, is a fine line to walk, but Disney appears to have done the ’90s cartoon justice. Sadly, the rest of the season doesn’t begin airing until September 23rd, so this extended episode will have to tide us over until then.