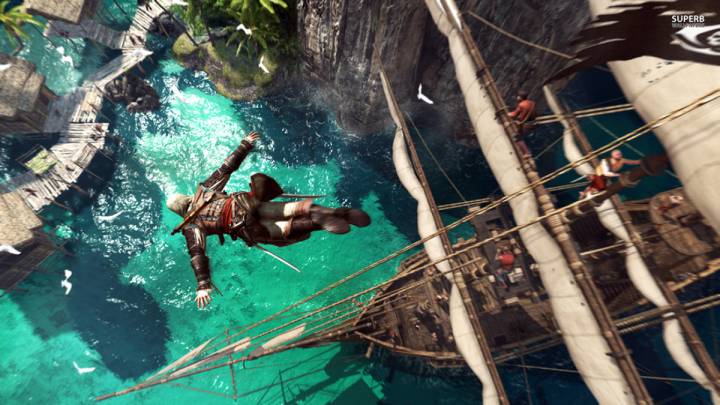 In celebration of the holiday season, Ubisoft is giving away two great games for free over the next two weeks. From December 4th to December 11th at 2 AM PST, anyone with a Uplay account can download World in Conflict (and its Soviet Assault expansion) for free as a part of Ubisoft’s Happy Playdays seasonal promotion. Then from December 12th at 6 AM PST to December 18th at 2 AM PST, Assassin’s Creed IV Black Flag will be free as well.

According to Ubisoft, as long as you download the games on Uplay before the promotion ends, you’ll be able to keep them both forever. Not a bad sequel to last year’s 30 Days of Giveaways, even though there are only two games.

Here is Ubisoft’s description for World in Conflict, a well-received RTS that came out back in 2007:

Developed by Ubisoft Massive, World in Conflict is an RTS set in an alternative history in which the Soviet Union invades the United States in the late 1980s. You play the role of an American commander tasked with marshaling air and ground units in skirmishes ranging across the U.S. (and into the U.S.S.R. in the Soviet Assault expansion). Learn the strengths and weaknesses of your armies, then leverage them as you wage war on destructible battlefields in the solo campaign or in online multiplayer.

And here’s the description for Assassin’s Creed IV Black Flag, which is my favorite in the series to date:

In Assassin’s Creed IV Black Flag, you are Edward Kenway, a pirate out to make a name for himself on the tumultuous Caribbean seas by sailing your ship among the isles in search of plunder, attacking enemy vessels, and diving below the waves for lost treasures. Become embroiled in the conflicts of the era and discover your connection to the series’ age-old struggle between the Assassins and the Templars.

Just be sure to take advantage of the promotion while it’s active, or you’ll miss out on getting the game for free.