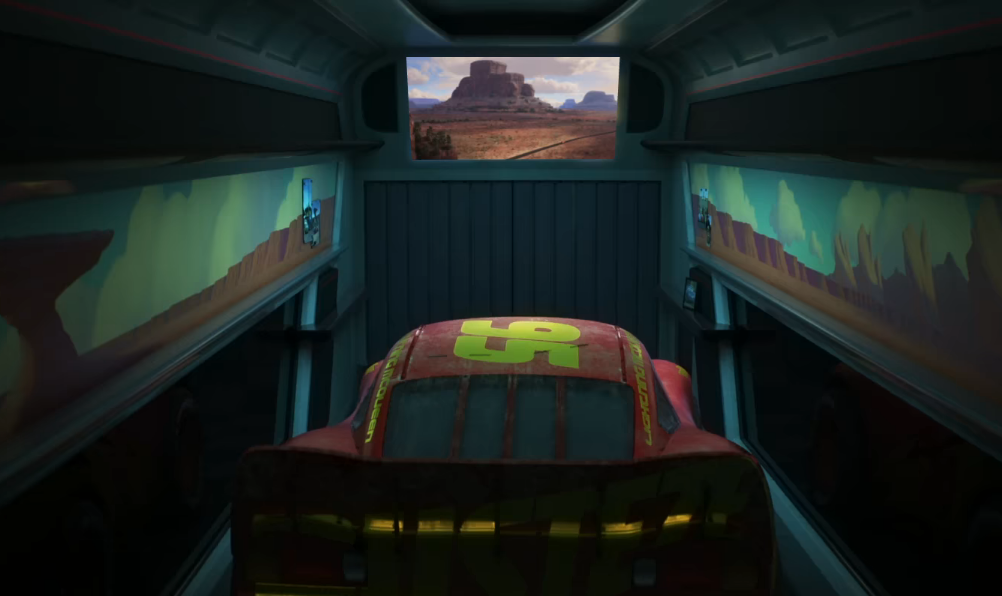 Late last year, Pixar shared the first trailer for its next feature film: Cars 3. While Pixar’s movies often tackle difficult subjects and speak to adults as well as children, the trailer was uncharacteristically dark, featuring Lightning McQueen in what appeared to be a career ending accident. Two months later, Pixar has returned with an extended teaser that gives us a bit of context for the tragic scene that we saw in November.

Following the wreck, McQueen is told that he might never be able to race again, and that even if he tries, he won’t be able to compete with the “next generation of high-tech racers,” such as Jackson Storm (voiced by Armie Hammer) and Cruz Ramirez (voiced by Cristela Alonzo).

While the extended teaser is far less terrifying than the original, it’s still more melodramatic than what we’re used to seeing out of Pixar. There’s isn’t even a moment of levity, but it’s worth keeping in mind that this is pegged as an “extended sneak peek,” so the studio might be saving the gags for the full trailer.

Either way, it’s clear that Pixar is taking a very different approach after Cars 2 failed to register with the general public. It remains the studio’s lowest rated film by a significant margin, so it’s not surprising to see them take a different approach. At the end of the day, no matter how it turns out, it’ll be better than Cars 2.