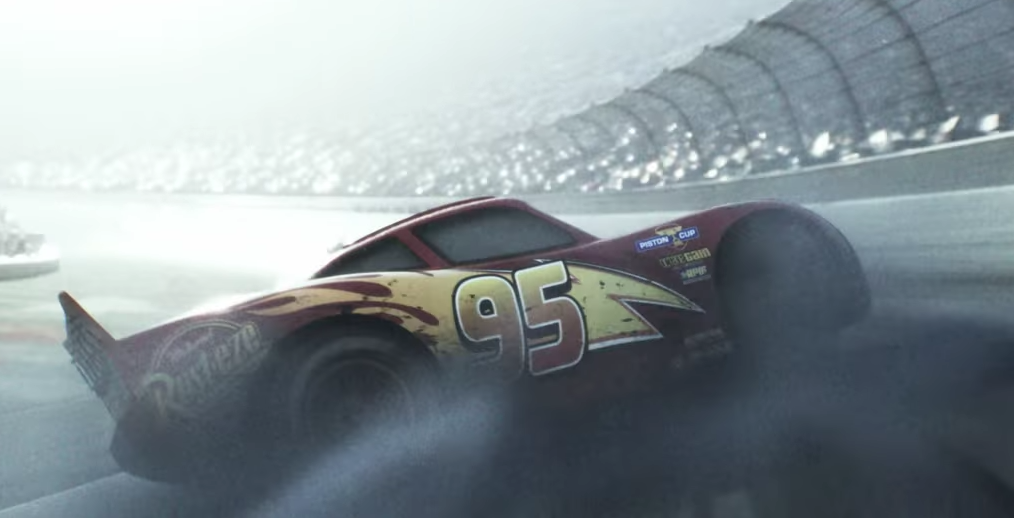 Disney’s Cars franchise is, like most of the properties under Pixar’s umbrella, a feel-good family affair. Goofy characters, fantastic animation, and a jovial mood permeate both Cars and Cars 2. Today, debuted its first teaser for Cars 3, and let’s just say things don’t seem quite right.

Right from the start of the short, 49-second trailer it’s clear that there’s a more serious tone. On a familiar oval track, series poster boy Lighting McQueen leads a pack of racers, and though we’ve seen this kind of scene before — specifically in the original teaser trailer for the first Cars film — it all looks much more gritty and real.

A few jump cuts from different sections of the track are shown in rapid succession as the cars jostle for position, and then we see a closeup of McQueen just as his tires begin to fail. You hear the track announcer scream “McQueen is fading!” just as the screen fades, only to return with a slow motion shot of everyone’s favorite anthropomorphic stock car being shredded to pieces in a rather graphic crash.

The screen fades out once again, and this time an ominous message is offered: “From this moment, everything will change.”

Needless to say, this all seems quite a bit more mature than the Cars films of years past. Sure, Pixar movies have delved into serious topics in the past, but it’s usually a fleeting morsel of commentary in an otherwise upbeat package. If this trailer is any indication of what Cars 3 as a whole will be like, it’ll be an interesting pivot into new territory.