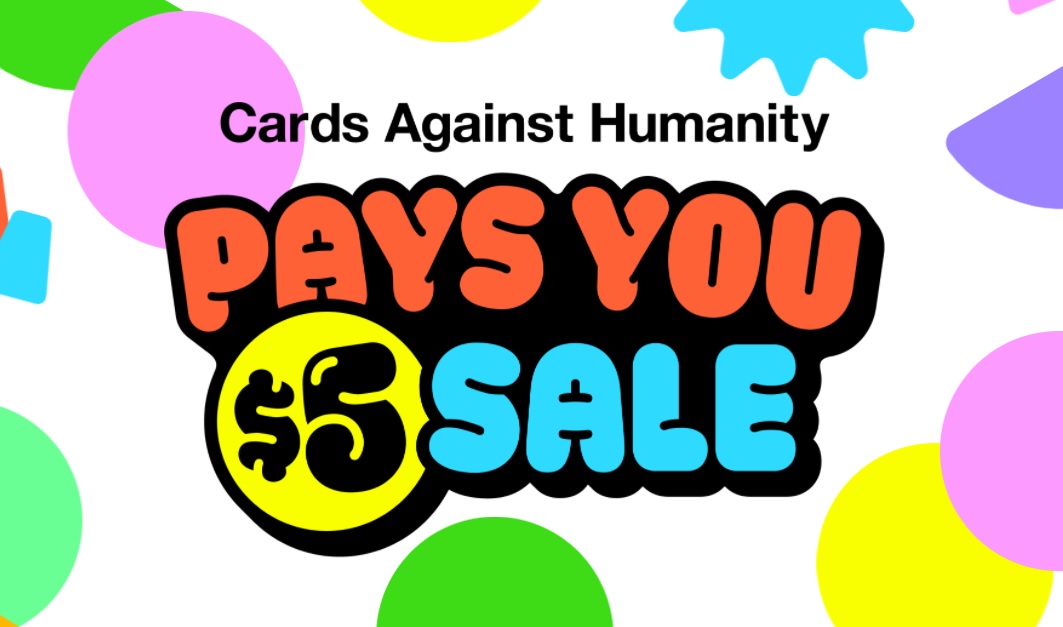 Chances are that you’ve been spending much of the day scrolling through and taking advantage of Black Friday deals. Nearly everything is on sale, and it’s exceptionally hard to pass up some of those discounts. But in a bizarre twist, the team behind the popular party game Cards Against Humanity is giving away money rather than asking you to spend money.

You can visit the site and see all of the rules at the appropriately named GetFiveDollars.com.

Every 20 minutes on Friday, the Cards Against Humanity team is revealing something they want. And if you give it to them, you will get at least $5. It’s that simple. The first thing that CAH wants is for you to get vaccinated. If you can prove that you got your first dose of a COVID vaccine today, CAH will pay you $100. You do have to provide a video and proof that the video was filmed today, but if you can do that, you will receive $100 in your PayPal account within the next 24 hours.

Cards Against Humanity is giving away cash

That was just the first of several things that CAH wants from its customers today. The second was for visitors to advertise its website for it. If you posted a specific message to your social media accounts, CAH would have sent you $5. There are only so many slots, so there’s a good chance this one will be full before you have a chance to post a tweet or an update on Facebook.

The third task is the funniest and simplest of them all so far. CAH filled an entire 1993 Cadillac Allante with jelly beans. The team wants you to guess how many jelly beans are in the car. Whoever guesses closest wins $10,000. That’s not a joke. If you have the closest guess, CAH will send you $10,000. The next 1,000 closest guesses get $5, so that’s 1,001 winners from this one task.

Also, as I was writing this, the fourth task went live. CAH wants your Netflix password for $5. The slots filled up almost immediately, people are really just sharing their email and password combinations for Netflix, which is both incredible and reckless. But apparently worth $5.

There are a few things that you should know about this truly baffling competition before you jump in. First of all, everyone can participate in every task once. Even if you win some money for making a great jelly bean guess, you can still play along as more tasks go live. But be sure to use the same email address and phone number every time. If CAH finds that you have been participating in tasks more than once, they’ll ban you from their website. If you win, you’ll receive an email from PayPal.

Finally, be sure to read the requirements carefully before you take the time to participate. There are very specific rules for each thing, and if you don’t follow them, you won’t win any money.

Cards Against Humanity is known for pulling wild stunts on the internet, but this might be its best yet.