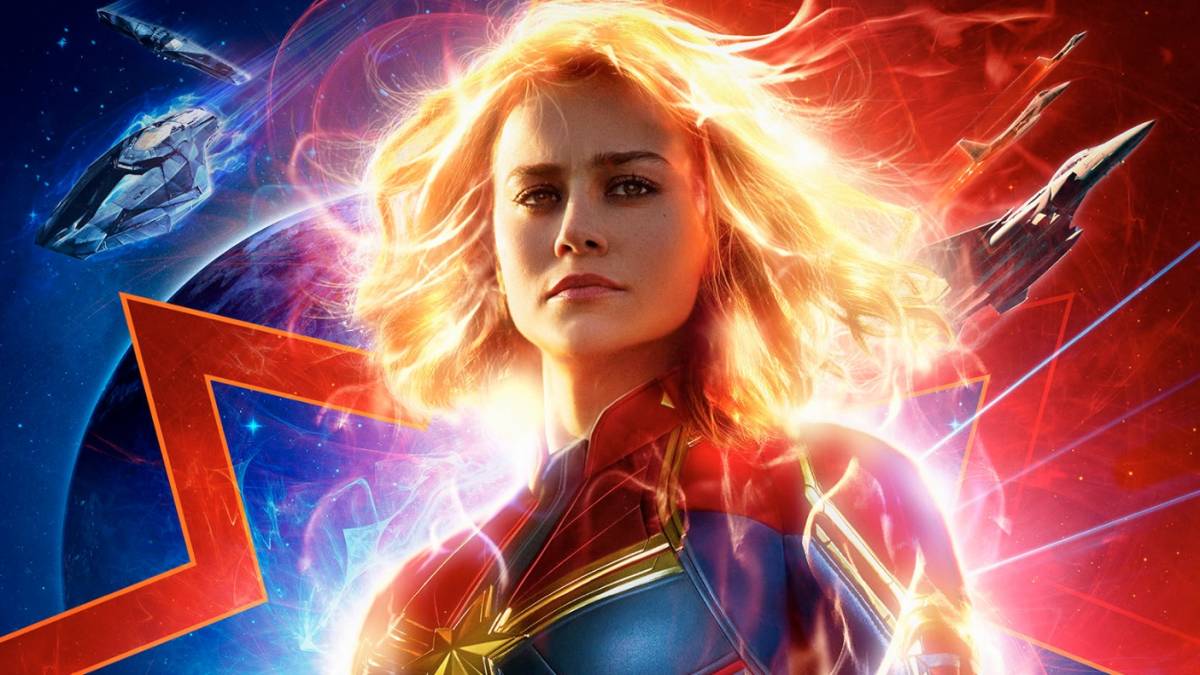 We’ve got exactly one month to go until the premiere of Captain Marvel — it’s less than a month, considering that February is the shortest month of the year — but we still have no idea what happens in the film. We saw all the trailers and TV spots, and we did have several interesting leaks about the film. We think Jude Law is playing a villain and we already saw an official clip that ties Captain Marvel to a pivotal scene from Avengers: Infinity War. Now we have a new fan theory to share, one that offers a brilliant connection between Captain Marvel and the upcoming new Avengers movie.

The theory comes from Twitter, as spotted in the comments section of a Captain Marvel clip on YouTube.

@MulStu found this guy online claiming a theory about captain marvel that actually sounds pretty legit. Don't know if it's useful to you or if you see thus, but there you go:) pic.twitter.com/vcjFO0vJlZ

YouTube user Joshua Munn speculates that Captain Marvel comes from the future to the 1990s, having been sent back in time by a massive event in the future — the snap that occurs at the end of Infinity War. As the film progresses, she would realize who she is and what she’s doing in the past, and ultimately decide to leave the planet to avoid any interference with the Carol Danvers who happens to still be a kid in the 90s.

Captain Marvel, meanwhile, gives Fury the pager and tells him to call her only if and when Thanos realizes his goal of wiping out half of all live in the universe. Here’s the full theory, as posted on YouTube:

Carol’s memories are supposed to be from the future not the past. Marvel is marketing the film as a simple origin film with her memories appearing to appear [sic] from the past, but Carol and her friend from the recent trailer, the other pilot, were actually victims of the snap, but instead of dusting, Carol and Talon (Ben Mendelson’s Skrull character) are actually sent back to the ‘90s, but Carol doesn’t remember.

Fury, Coulson, and her try to figure this all out and her past, and it’s revealed by Talon that Carol was sent back in time through the snap so she’s not remembering the ‘70s-‘80s, she’s remembering the ‘90s all the way until she got dusted.

Talon’s plan was to cause the Kree-Skrull war and semi-Secret Invasion to get the cosmic cube/Tesseract before Thanos does to prevent the snap 25 years before it ever happens. But Carol kills him and Jude Law’s character (Mar-Vell/Yon-Rogg) and prevents them from getting the Tesseract.

Carol and Fury find out that Carol is actually a little girl during the ‘90s and she leaves Earth because she would be jeopardizing her own existence and Dr. Strange’s plan to have them win, which he tells Ancient One (he also goes back in time to make sure he becomes Dr. Strange by causing his car accident) and Carol gives Fury the pager telling him to call her only when Thanos does the snap, not sooner.

Ancient One appears in the post-credits scene of Captain Marvel telling Nick Fury that Carol was telling the truth about Thanos and the snap but if he deviates from her and Strange’s plan they can’t defeat Thanos. She then gives him a folder called the Avengers Initiative featuring pictures of Tony, Bruce, Cap, and Thor.

If there’s one thing wrong with, it is that we have to accept the fact that two entities would be able to survive the snap by traveling through time. It’s unclear how that will happen. Then again, we do know that Captain Marvel has time-traveling abilities. Also, a second minor issue is the pager detail. Yes, Carol may tell Fury not to call her unless Thanos snaps his fingers, but it’s actually Fury who gives her the pager, and we know that thanks to Marvel’s recent TV spots for the film.