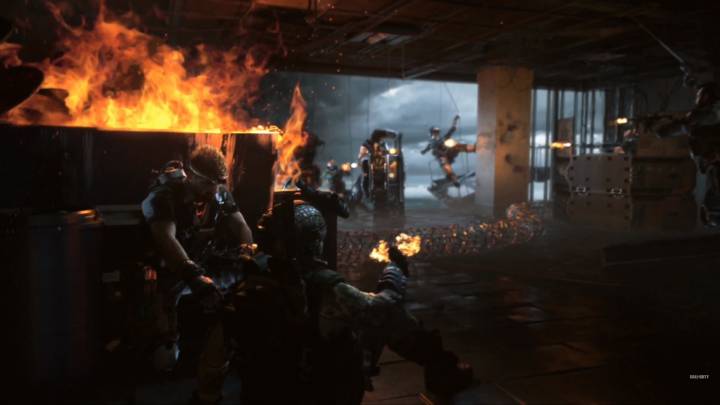 After detailing the Call of Duty: Black Ops 4 multiplayer mode and showing off the multiple new Zombies campaigns on Thursday, Treyarch took the stage for one more announcement: battle royale is coming to Call of Duty. As several rumors had claimed in the weeks leading up to the reveal, Black Ops 4 will be the first Call of Duty game to feature a full-fledged battle royale mode — called Blackout — in which a large group of players will fight for survival.

During the community reveal event, Treyarch explained that they know how popular the genre has become. They play all the same battle royale games we do (though they didn’t name any of them), but they’re bringing the gameplay and systems of the Call of Duty series to the genre to deliver something they claim will be different.

Although Treyarch didn’t show any actual footage from the Blackout mode, they revealed that it will function the same as other popular battle royale games, where everyone is on their own and the last man standing wins. The studio also didn’t specify how many players will fight on the same map, so it may or may not be 100.

What we do know is that elements of virtually every Call of Duty game for the past decade or so will be included in the new mode. We’ll see weapons from classic Zombies campaigns, characters from old Black Ops titles, and segments of maps that will be recognizable to fans who have played through every Call of Duty game.

There will also be land, air, and sea vehicles, which speaks to just how large the map will be. Unfortunately, we’ll have to wait a little while longer to learn more, but Activision will surely have more to show off at E3 2018 next month.