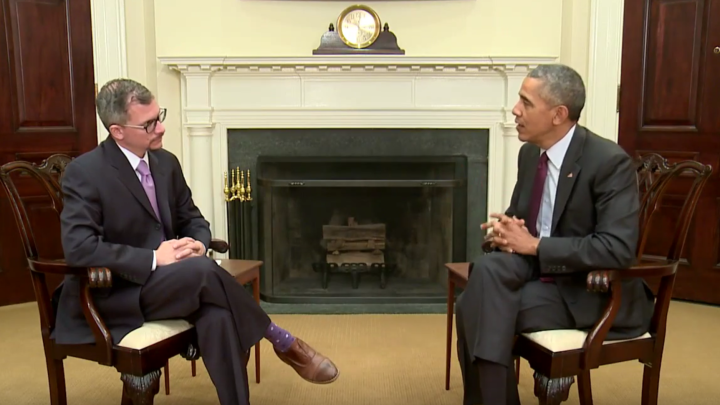 Facebook is pushing its livestreaming video project pretty hard — so hard that it’s paying media companies cold hard cash to use Facebook Live. So when Buzzfeed set up an interview with President Obama using Facebook Live, it should have been a major coup for the platform. Instead, Facebook crashed, and YouTube had to save the day.

Buzzfeed’s legal editor was supposed to sit down with the President to discuss his Supreme Court nomination of Merrick Garland at 2.50PM ET this afternoon. Unfortunately, Facebook’s video tool had some technical problems, and users were stuck with one short loading video.

To salvage the interview, Buzzfeed turned to YouTube’s livestreaming platform, even directing viewers to the YouTube stream from its Facebook page. That interview went off without a hitch, and the full interview is now available to stream on YouTube.

It’s the worst possible gaffe for Facebook, which is trying hard to become a player in the livestreaming market. Unfortunately, it’s got some catching up to do — YouTube has been livestreaming things for years, and has a robust technical platform in place to deal with Presidential traffic surges.

Facebook was already having to bribe media companies to use its livestreaming tool. Now that there’s a risk the stream will evaporate in the middle of a live interview, using Facebook Live will be even more of a hard sell. Good thing Facebook still has fistfuls of bribery cash to spare.