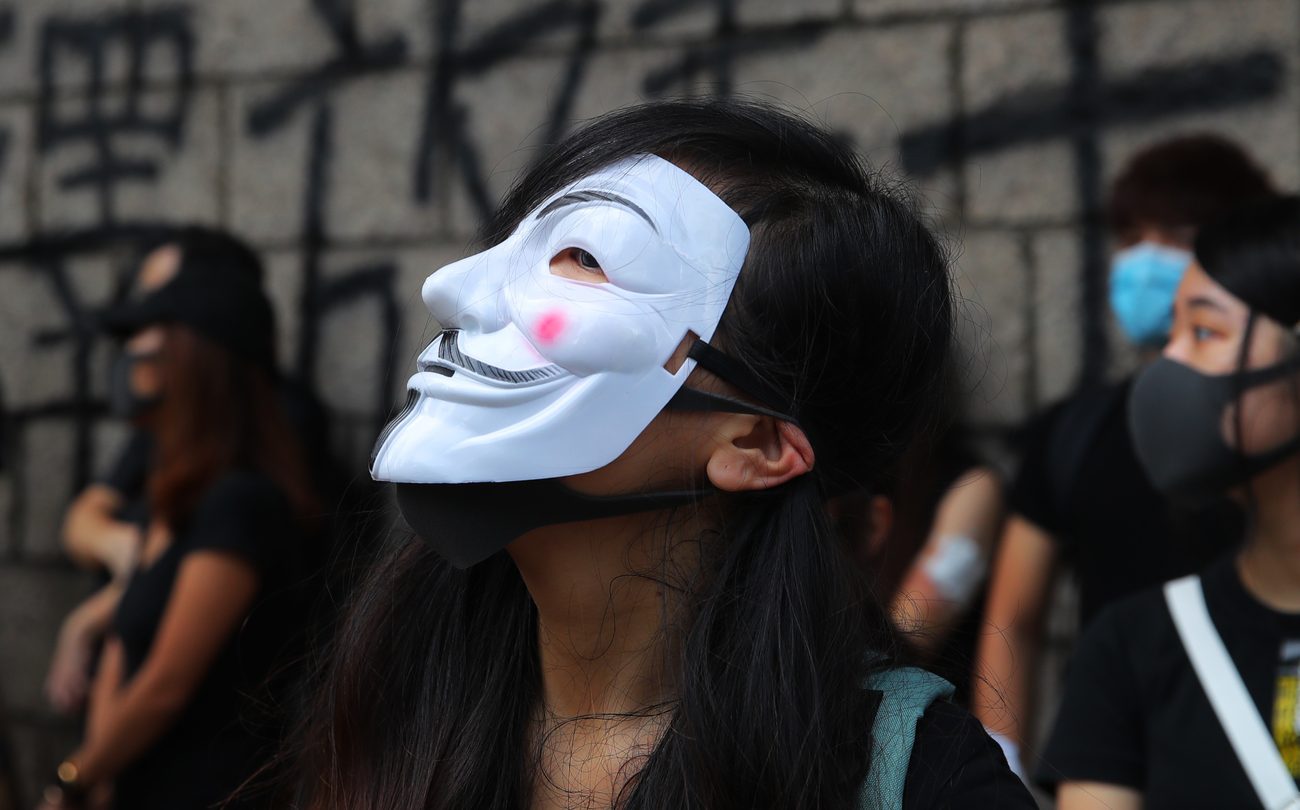 Examples have been multiplying in recent days and months of American companies seeming to kowtow to pressure from China to censor content related to things like the ongoing protests in Hong Kong.

Examples include a recent episode of South Park that skewered Hollywood seeming to go overboard in policing itself to pass muster with Chinese censors. That episode ended up getting, you guessed it, banned from the Internet in China. Meantime, Houston Rockets general manager Daryl Morey recently caught flack from the NBA after he tweeted his support of the Hong Kong protestors. And now a boycott movement is getting underway targetting Blizzard after it took some dramatic steps to punish a player who spoke out about Hong Kong.

It’s in response to an interview a professional Hearthstone player gave in which he voiced his support for the Hong Kong protests. He was subsequently banned from competing in Hearthstone games for a year.

Wearing a mask, as you can see above, player Chung Ng Wai (known by the screenname Blitzchung) declared during the interview: “Liberate Hong Kong, revolution of our time.” Per BuzzFeed News, Blizzard is citing this section of the 2019 Hearthstone Grandmasters Official Competition Rules in defense of its action. The rule prohibits anything that “brings you into public disrepute, offends a portion or group of the public, or otherwise damages Blizzard image.”

Now, however, a movement is growing in which players of Blizzard games are encouraging people to delete their Blizzard accounts. This popular Reddit post, for example, is sharing the official Blizzard page that explains how to do exactly that:

All of which reinforces quite forcefully the following point: Gaming certainly exists as its own subculture, with its own norms and rules and nomenclature. But it also remains very much inextricably linked with the culture around it and cannot be separated from it. Which is why gaming, via one player’s pretty straightforward declaration of a political stance, is becoming the latest free speech battleground.

And the reaction against Blizzard is only continuing to grow. Oregon senator Ron Wyden took to Twitter to criticize Blizzard, and Blizzard employees have been increasingly vocal about their employer:

Not everyone at Blizzard agrees with what happened.

Both the "Think Globally" and "Every Voice Matters" values have been covered up by incensed employees this morning. pic.twitter.com/I7nAYUes6Q

Is there a free speech issue at play here? It certainly seems hard to argue otherwise, nevermind the fact that Blizzard can point to rules that seem to give it carte blanche to shut down speech it doesn’t agree with. Perhaps everyone would do well to remember the following: Newton’s third law reminds us that every action generates its own equal and opposite reaction. Which, in the case of a free speech question, is a reminder that just as there is almost always a cost of some sort to speaking out, there is also a cost to be paid for silencing that speech.