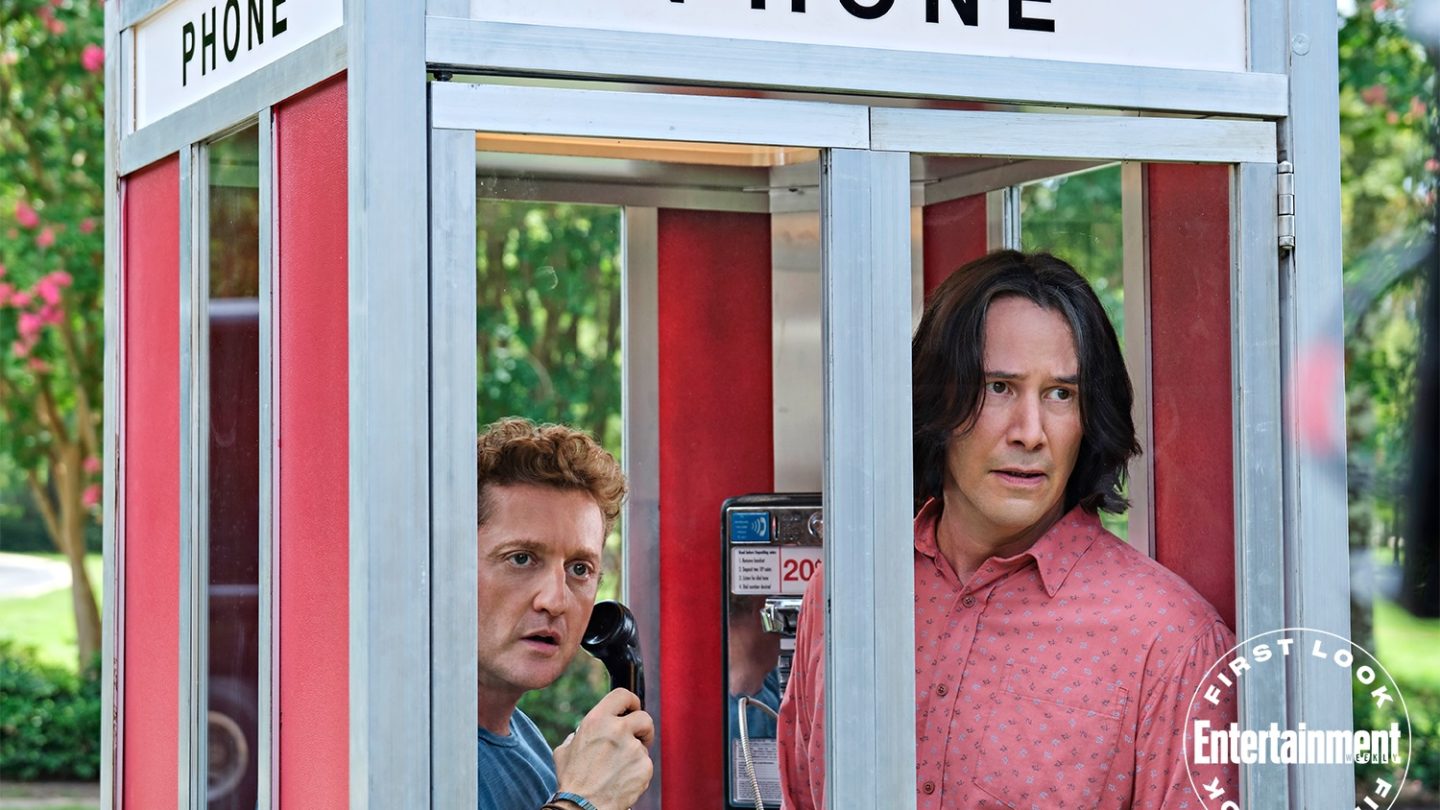 For years, fans of the beloved Bill & Ted movies have been treated to the Hollywood equivalent of Lucy always promising that this time would be different, that this time she most certainly wouldn’t yank the damn football away. Every so often, the Wyld Stallions themselves — or, rather, the actors behind the fictional rock band, Alex Winter and Keanu Reeves, aka Bill S. Preston Esq. and Ted Theodore Logan III — have popped up to tease us with tantalizing comments to the press that the long-awaited Bill & Ted 3 is coming, we promise, just be a little more patient. And then after reminding us that all we are is dust in the wind, dude, they disappear back into the mists of time, just as quickly as they appeared. Ok, apart from that last bit, everything else is true — and so is this:

The first photos from the forthcoming sequel, Bill and Ted Face the Music, are out courtesy of Entertainment Weekly, and they already have plenty of fans around the Internet basically ready to crush an air guitar solo in excitement.

Writers Chris Matheson and Ed Solomon are back, with Galaxy Quest director Dean Parisot behind the camera and Matheson explaining the stakes in the sequel’s plot to EW: Bill and Ted were told when they were teenagers “that they were going to save reality, and they’ve been working on it the whole time. Now, an emissary from the future comes and says, ‘You’ve got to do it right now. We’ve got literally 80 minutes or all of reality will come to an end.’”

As a reminder, the sequel will hit theaters less than a year from now, on August 21, 2020. So till then, of course, enjoy these first looks at the new movie — and be excellent to each other.