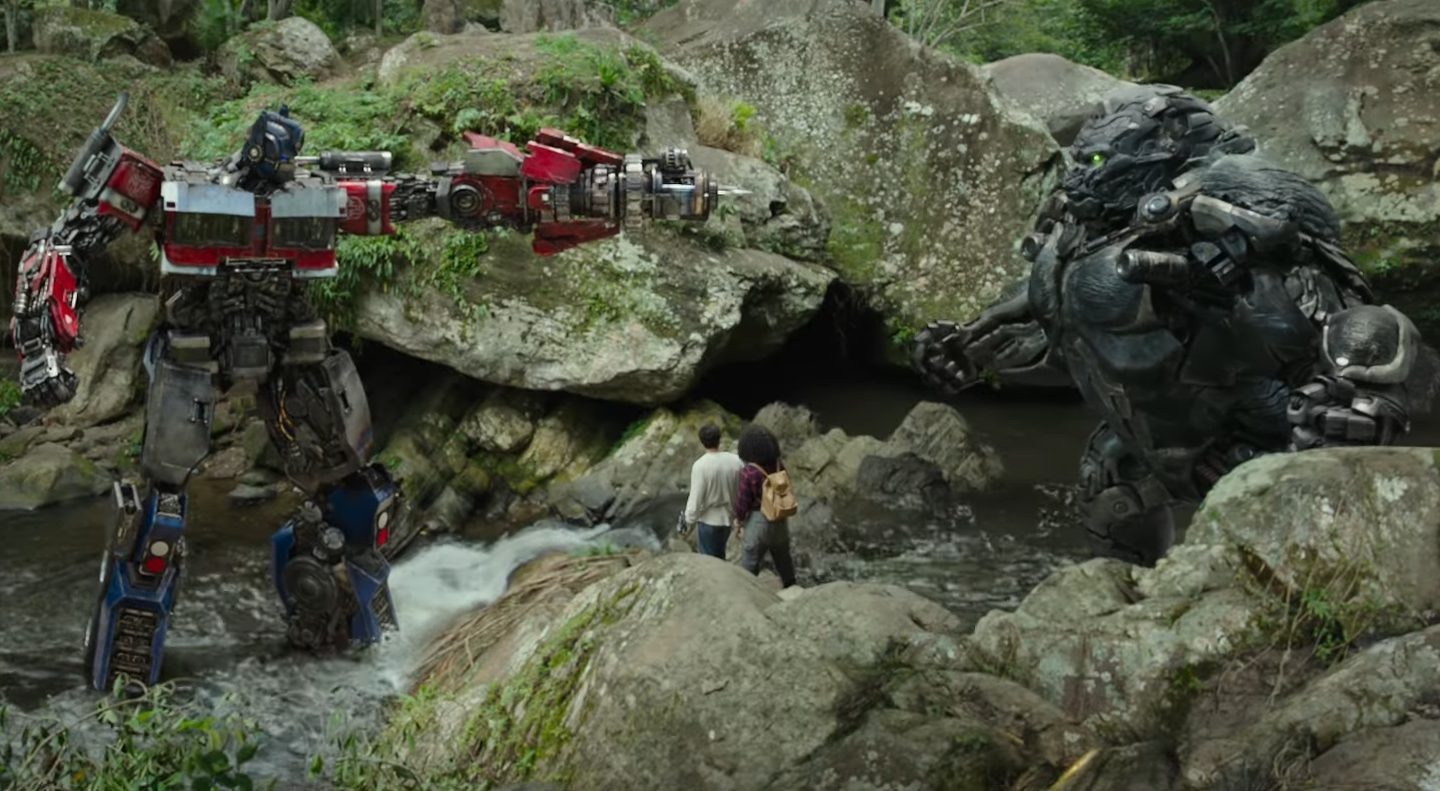 Fifteen years ago, Michael Bay brought the enduringly popular vehicles-to-robots toy line to live-action with Transformers. After directing the first five entries in the franchise, all of which have the Rotten tag over on the review aggregation site Rotten Tomatoes, he stepped away. The franchise continued a year later with a well-reviewed spinoff, Bumblebee, and after four years, the very first trailer for the next entry, Transformers: Rise of the Beasts, has arrived.

According to the trailer synopsis, “Transformers: Rise of the Beasts will take audiences on a ‘90s globetrotting adventure and introduce the Maximals, Predacons, and Terrorcons to the existing battle on earth between Autobots and Decepticons.”

Taking on the lead human roles are Anthony Ramos (In the Heights) and Dominique Fishback (Judas and the Black Messiah). The movie was directed by Steven Caple Jr. (Creed II) and written by Joby Harold (Obi-Wan Kenobi, Army of the Dead).

Transformers: Rise of the Beasts is coming to theaters on June 9, 2023.

Transformers: Rise of the Beasts