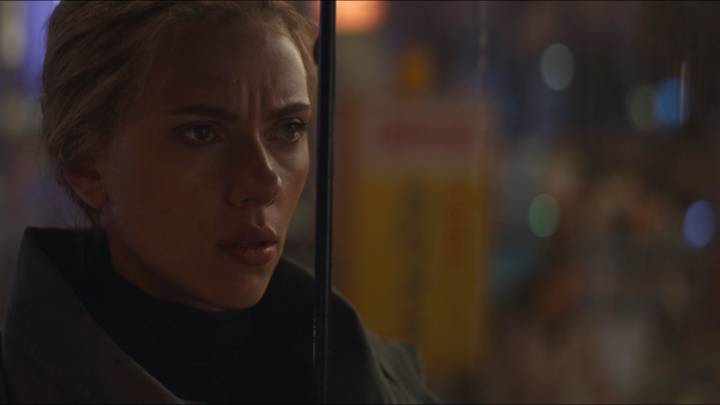 It’s official, Avengers: Endgame is the biggest movie in history, after breaking all box office records this week. It’s also a spectacular superhero tale made possible by Marvel’s hard work over the past 11 years. But the film doesn’t deliver the perfect happy end some people may have craved. We knew going into this movie that controversial decisions and heartache await, and we got all that and more. We’ve already explained some of these controversies, including why the character arcs of Thor, Tony, and Steve make a lot of sense. It’s time to give Nat the same treatment — and she did have a fantastic arc in Endgame. However, there is plenty of criticism about the way Marvel handled the character. She did deserve a huge scene that we never got to see, and it’s not what you expect. But before we dive into it, we’ll remind you that some major spoilers follow below — well, Marvel has already started spoiling the film.

For some reason, Marvel on Sunday posted this 15-second spoiler-filled clip on YouTube, to celebrate the massive box office opening. The clip below gives us a look at the new Hulk, Fat Thor dual wielding the Stormbreaker and Mjolnir and Pepper Potts as Rescue fighting alongside her husband in one of the most epic scenes in MCU history. Interestingly, Natasha is nowhere to be seen in the clip — this is your last chance to avoid the major spoilers that follow the teaser video.

Marvel fans were quick to point out that Natasha didn’t get the funeral she deserved at the end of Endgame. Though she sacrificed her life before Tony, she didn’t get the same recognition. I don’t entirely agree with that stance, for a couple of reasons, although I do feel like Nat should have been given a great scene that would have made up for the lack of a funeral.

Before we get to that, let’s acknowledge how much Natasha has grown. After the Wakanda battle, where she came out of hiding to fight Thanos and his armies, she became a tremendous driving force behind the Avengers. She’s instrumental to going after Thanos early in the first act of the film.

Natasha also feels like the driving force behind the new Avengers, the superheroes that currently defend Earth and other planets in the aftermath of the snap. Her sandwich is partly a nod to Nick Fury’s sandwich from Age of Ultron — he pops up from nowhere to rally the team. Natasha does the same thing; she unites the group, her true and only family. She doesn’t give up on saving people, she doesn’t give up on Hawkeye, in spite of what Clint has become, and she’s quick to adopt Scott Lang’s idea.

Even the fact that, after five years, she hasn’t cut her hair, is proof that she’s been unwilling to move on and accept defeat. But it’s that defeat that showed us a different Black Widow. It’s Thanos that made her realize who she is, and how much the whole Avengers idea meant to her.

That’s why it’s no surprise that she’s willing to sacrifice herself for the others when the time comes. It’s not a defeat for Nat or the female MCU heroes. She’s actually the one who wins that battle. She outsmarts and outplays Clint, and she gets to clear all the red in her ledge while giving the ultimate forgiveness to her best friend, the man who turned her into a SHIELD asset.

Her end is perfect, and the team fully acknowledges her departure. Why no Tony-like funeral? Well, they didn’t have time to do that initially, because they wanted to undo the snap first. Also, they hoped they could somehow revive her. Only Hawkeye truly knows that she can’t be resurrected. And Hulk did try to bring her back but he couldn’t.

Maybe that’s why they don’t give her a proper send-off ceremony. Maybe they hope they’ll be able to save her. Or perhaps it’s all done off camera — two funerals at the end of Endgame would be too much.

But the writers did have a brilliant way to replace that funeral with something that would have been incredibly satisfying to fans and would have killed the need for a goodbye scene.

A Redditor imagined that scene, a replica of what happens with Thanos after he sacrifices Gamora — it goes like this:

Bruce (regular human form) wakes up in orange Soul Stone realm. Across from him is Nat, standing behind the bar from Stark Tower’s penthouse, dressed like she was from the party in AoU. Bruce walks up to her slowly.

Nat (smiling sadly): You did it.

Bruce: Nat…you shouldn’t have done it…

Nat (seriously): I shouldn’t have done a lot of things. But this…this was right.

Bruce (pausing slightly): I tried to bring you back.

Fade back to white and back to the scene post-Hulk snapping.

That’s when Hulk would wake up to the first wave bombardment of the Avengers base. Technically, he wasn’t on Vormir, and he wasn’t the one who sacrificed Nat. But he wore and used the Infinity Gauntlet, and that may have been enough to bring us closure. Not to mention that the whole Bruce-Nat brief romance from the first Avengers films would have had its closure.

Again, I’m absolutely impressed with who Natasha has grown up to be over the course of some 15 years of avenging, and Endgame does do her justice. But I’m also in the crowd of disappointed fans who’d have wanted a better way to handle her death.