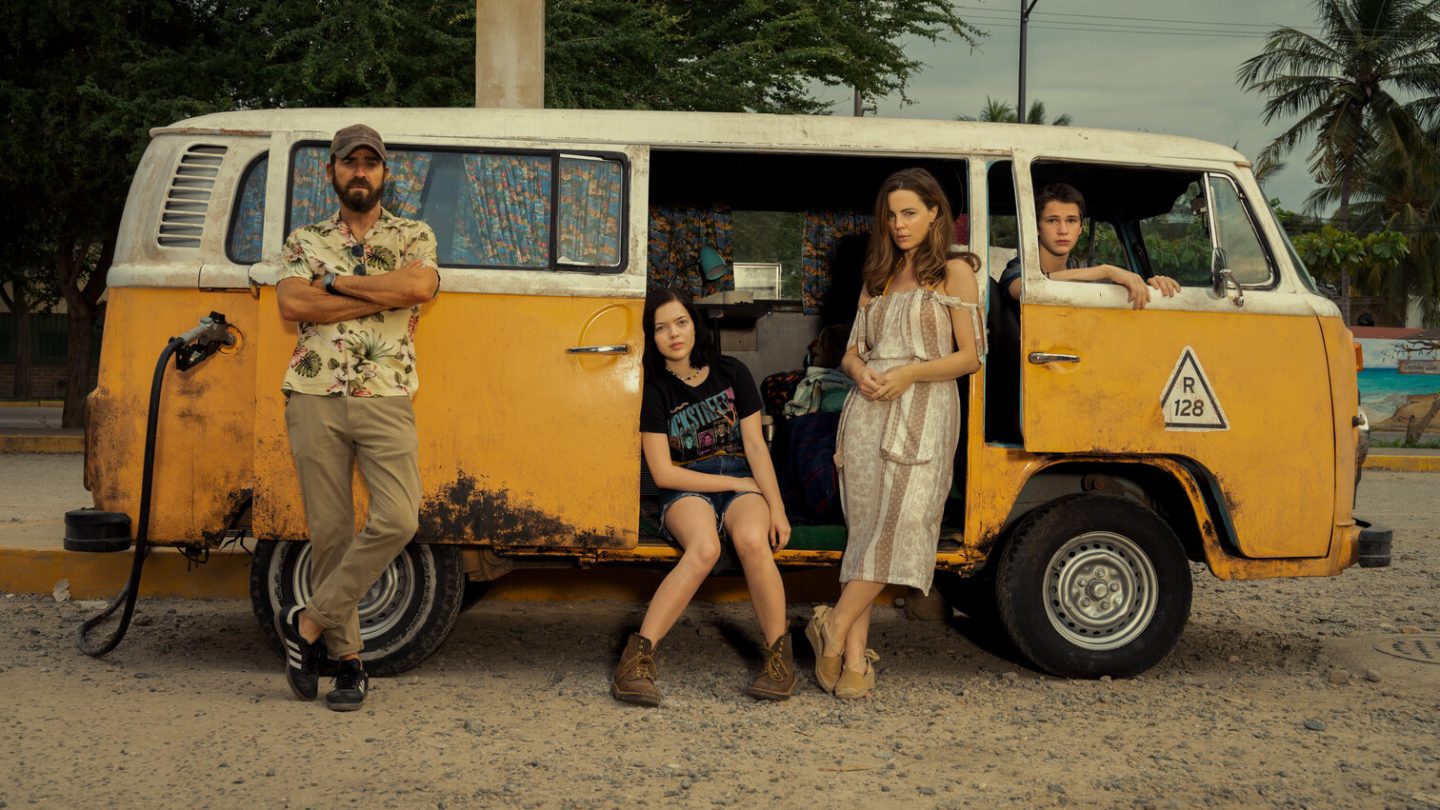 Melissa George, who plays Margot Fox in the Apple TV+ drama series The Mosquito Coast, thought for a moment when I asked her a couple of months ago what interested her in taking on this role and this project. On paper, the show is more or less a family drama, but it’s wrapped up inside of … well, of something else entirely. And come this Friday, Season 1 of the Apple series will conclude with its final episode, ahead of the announcement that Apple shared on Tuesday that The Mosquito Coast is coming back for a second season.

“When you get a script saying this is the story of a family — a mother, father, teenage daughter and a teenage son — you think it’s a family drama,” George told me. “You imagine they have dinners, they go on vacations. But I was like, oh my gosh, it’s the Foxes that are escaping America and consumerism and capitalism. And they’re going way down south in search of this Shangri-La, this beautiful new way of life with new rules and no technology. And I thought THAT was excellent.”

The Fox family at the core of this series, with Justin Theroux’s character of Allie Fox as its patriarch, is forced to go on the run and make a mad dash south to the Mexican border, federal agents hot on their tail. The thinking is that they can disappear into Mexico, and essentially start over without having to face the consequences of some misdeed committed by Allie Fox that’s teased for most of Season 1. “I loved that it’s like a modern-day Swiss Family Robinson,” George continued, during our conversation. “It’s a little bit like Bonnie and Clyde. There’s a lot of things going on, a lot of themes, a lot of metaphors for life. There’s this nice slow kind of burn. And what the characters are at the beginning is certainly not what they end up being at the end.”

When you're on the run, the truth can easily get away from you. Watch the new episode of #TheMosquitoCoast on Apple TV+ https://t.co/XttYanxc21 pic.twitter.com/zcsCl0Iw05

The series is based on the best-selling book of the same name by Paul Theroux (Justin’s uncle), which celebrates its 40th anniversary this year. From Apple’s announcement about the season two pickup, The Mosquito Coast is a 7-episode character drama “following the dangerous journey of a radical idealist and brilliant inventor, Allie Fox (played by Justin Theroux), who uproots his family for Mexico when they suddenly find themselves on the run from the US government.”

Says Apple head of programming Matt Cherniss, about the series: The show “has captured the imagination of viewers all over the world, not only because of its adrenaline-fueled action and adventure, but also for the engaging family story and captivating performances at its heart. We can’t wait to find out what comes next for the Fox family, and for audiences to continue to experience the thrill ride.”

The show’s renewal, by the way, also comes just days before the start of WWDC 2021, where developments like the unveiling of Apple’s new operating software for gadgets like the iPhone will certainly be front-and-center — though we’ll also hopefully hear a little more about +. Including announcements like this one, and maybe even get to see a new trailer or two.

Apple TV Plus the mosquito coast