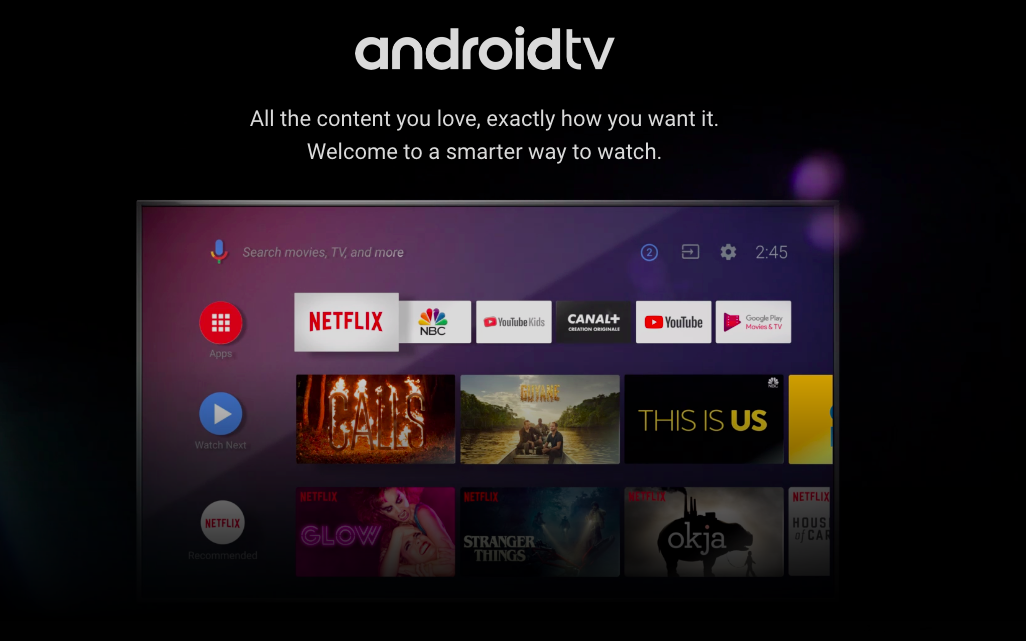 2018 was certainly a great year for TV. We binged as much of it as ever, services like Netflix kept cranking out new series for us to get addicted to and more people than ever are cutting the cord completely — ditching expensive traditional cable TV packages and going all-in on Internet TV.

Which may explain why Google says its Android TV service is on something of a hot streak at the moment, growing to the point that an executive says the service now has “tens of millions” of users outside the US.

In an interview with Multichannel News, Android TV senior director of product management Shalini Govil-Pai said the platform’s users can mostly be found in Europe and Asia. And more growth, including from the US, could be on the way. Govil-Pai added that more than 100 pay TV operators use Google’s smart TV interface, and new devices like Tivo’s rumored Android TV device and AT&T’s DirecTV box with 4K playback could be coming in 2019, along with others.

Android TV lets subscribers access the Google Play store to get apps for services like Netflix and YouTube. Just another indication of how the race to own your TV — and the attention you give it — heated up even more this year, with everyone from Amazon to Roku bolstering the offerings to put themselves in the best position.

Video technology vendors in the US like Arris and Evolution Digital likewise continue integrating Android TV into systems sold to US operators, Multichannel News notes. Also, the outlet points to the Android TV-powered set top that Tivo appears likely to debut at CES 2019.

Android TV, even though its parent company is Google, is not seen as being at the vanguard of the streaming race yet. Many of the most widely used smart TVs instead currently use Roku or Amazon’s TV offerings. And speaking of those two, Roku said in September it had 22 million active users. According to data from eMarketer, Amazon’s Fire TV is almost there, too.

Still, Google is fighting this battle on a number of fronts. It also has the Chromecast, a product that’s distinct from Android TV in that this device casts media up to a TV set from something like an iPhone. Products like that could acclimate a user enough that they end up going with Android TV, as well. Plenty of users, in fact, are doing just that — Google earlier this year said its Android TV consumer base had doubled over the prior year.