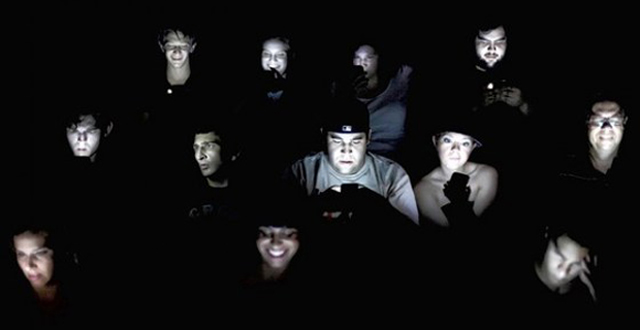 I’ll admit right away that I do happen to read a text or two — and even reply to them — while at the movies. But I try to keep it to a minimum by screening everything through my Apple Watch beforehand. However, texting at the movies might become acceptable soon, at least in certain AMC Entertainment theaters in the U.S.

According to Variety, AMC’s CEO Adam Aron is looking to experiment with various promotions to increase sales. Some of these experiments are mild, such as tweaks to food options or loyalty programs, while others are on the wilder side of business, like making certain theaters more friendly to using your phone while watching a movie.

Aron wants to convince more millennials to go to the movies and choose an AMC theater, it seems.

“At the same time, though, we’re going to have to figure out a way to do it that doesn’t disturb today’s audiences,” he added. “There’s a reason there are ads up there saying turn off your phone because today’s moviegoer doesn’t want somebody sitting next to them texting or having their phone on.”

It’s not clear at this time what AMC theaters will become mobile-friendly. Aron agrees that some theaters might have a special section for texting. “What may be more likely is we take specific auditoriums and make them more texting friendly,” he said.

The CEO added that one of his bedrock principles is that “the consumer is king.”

“Giving the consumer more choices, more amenities and price points,” is apparently important for Aron, and that list of extra options may include texting-friendly theaters soon. “If we put ourselves in the head of our customer and design our theatrical experience and marketing activity to make their lives better, we’ll have a successful company. Other than that we’ll be flexible and willing to experiment.”

But that doesn’t mean Aron wants to ruin the experience of all the other moviegoers who don’t appreciate texting while at the movies.

Press reported we considering a test allowing texts in a VERY FEW screens. We know vast majority of audience wants no texting (1 of 2)

IF ever, we ONLY would pursue in a way we'd be TOTALLY confident ALL our guests will fully enjoy movie going experience at AMC (2 of 2)