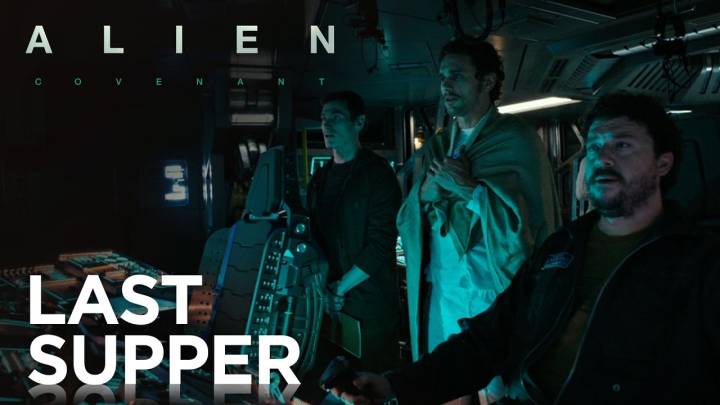 Prometheus wasn’t perfect. In fact, it had countless glaring flaws, but it did manage to reinvigorate interest in the Alien franchise. Fans of the original films and the 2012 prequel alike are fascinated by this universe, and so within a few months of the launch of Prometheus, 20th Century Fox was already working to get director Ridley Scott and several key members of the cast on board for a sequel.

Five years later, Alien: Covenant (once known as Alien: Paradise Lost) has wrapped production and is on its way to theaters this summer. But in order to get fans excited about the film ahead of its May release date, Fox on Thursday shared a four-minute long prologue called “Last Supper” on its YouTube channel featuring the cast of the upcoming film. You can watch the entire video below:

“The official prologue to Alien: Covenant introduces the crew of the mission as they gather for a final meal before entering cryosleep,” reads the YouTube description. “Set aboard the Covenant, a colonization ship on its way to a remote planet to form a new human settlement, the main crew (all couples) and their android, Walter, enjoy their final meal together before cryosleep.”

If you saw Prometheus, you probably realize that there’s one familiar face in the crowd: Michael Fassbender. This time around he plays Walter, an advanced version of the android we knew in Prometheus. We also get something of a Pineapple Express reunion, as James Franco and Danny McBride serve as captain and pilot of the Covenant, respectively.