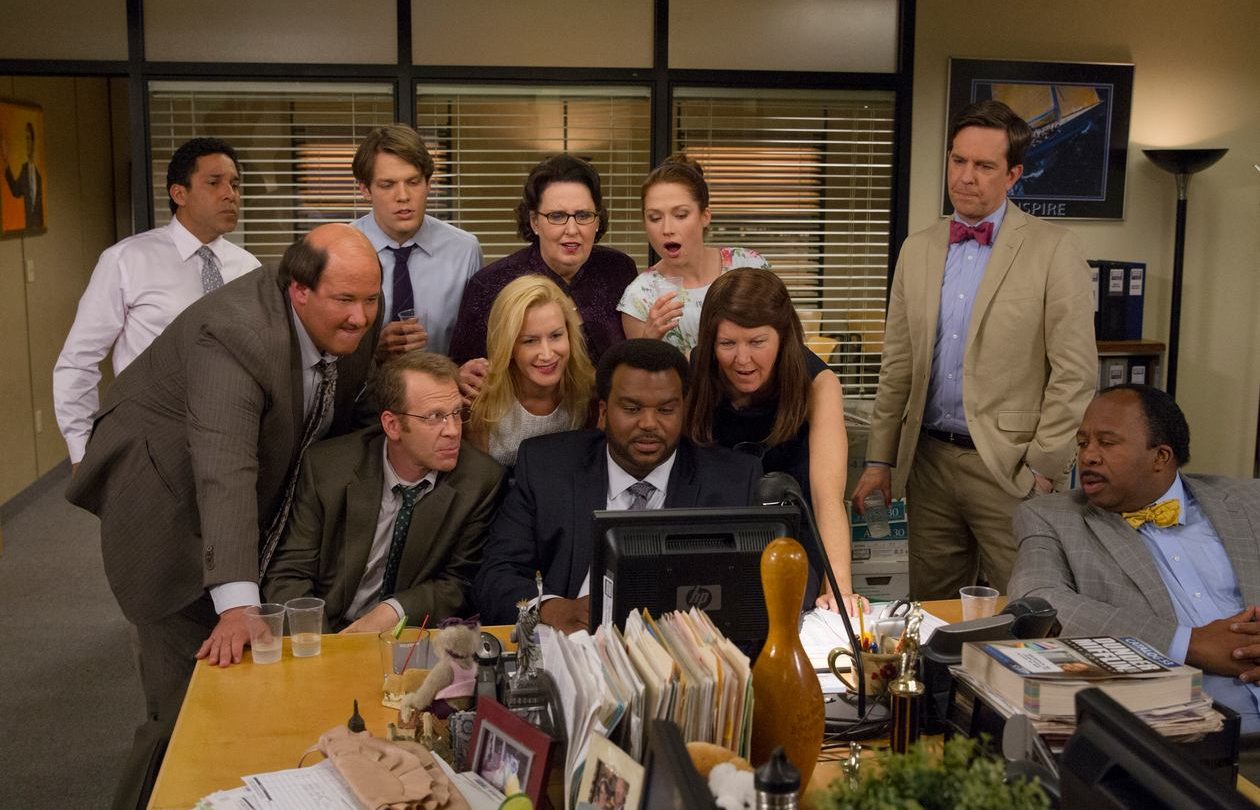 Andy Bernard, the lovable sad sack played by Ed Helms for several seasons of NBC’s The Office, muses aloud at one point during the super-emotional series finale that he wishes there was a way to know you’re in the good old days “before you’ve actually left them.”

The outcry this week over news that NBC has finally begun taking steps to pull The Office from Netflix — which won’t happen anytime soon, but still — was predictably swift and overwhelmingly incredulous. It might also have you believe that fans of the nine-season workplace comedy will, like Andy Bernard, similarly lament the end of the good old days if the Dunder Mifflin crew ever breaks all our hearts and moves to a new streaming home.

The crush of news coverage came in response to a Wall Street Journal piece, which tried to make the case that most of what people are spending their time watching on Netflix isn’t the streamer’s exclusive original shows, like Narcos and The Crown. It’s the third-party retro classics licensed by Netflix like The Office — which, according to Nielsen data covering the 12 months that ended in July, Netflix users spent an insane 45.8 billion minutes watching.

That same report from the paper also noted that NBC is in talks about bringing The Office over to its own streaming service after the license with Netflix expires. Which led Netflix to rush out a somewhat lighthearted response via social media as the outcry from fans began to pick up steam:

Hello it's me with your regularly scheduled reminder that The Office will be on Netflix until 2021 — at least!

Which brings us to the the title of this post, and the fact that The Office’s ultimate Netflix fate is one of those news stories that it’s easy to draw some overly simplistic and even incorrect conclusions from.

It’s also a good Rorschach test that, for many people, just confirms what they already think about Netflix. See, the service is doomed. See, it’s in danger of losing its most popular third-party content. It’s going deeper and deeper into debt to fund its own original shows and movies, which are nowhere near as popular as something like The Office — which Netflix better not lose, or by god me and all my friends will cancel our subscription.

The fact of the matter, though, is that Netflix understands TV better than you do. So does Matthew Ball, a former head of strategy at Amazon Studios.

In a multi-part Netflix deep dive he wrote for Jason Hirschhorn’s fantastic REDEF media aggregator, Ball makes one point that many TV fans either forget this week, or maybe just didn’t even stop to consider at all. “Content does deprecate eventually.” Remember shows like Cheers and ER? They used to be insanely popular as well, with massive TV audiences. “Interest and relevance does diminish over time,” Ball continues, citing those two shows specifically.

He goes on: “Consumption is ultimately finite. Every minute of Friends watched in 2019 is a minute that, ceteris paribus, mostly won’t be watched in 2020 or beyond. And thus by the time these titles leave Netflix, if they do at all, they’ll be both less valuable to Netflix and Netflix will be less reliant upon them.” Stop to consider what he just said there. Let’s say you’re almost done with a binge of The Office. You’ll finish the final episode of Season 9 tonight. If you’re honest with yourself, no matter how much you love the series, you’re not powering through all nine seasons again anytime soon.

We could go on and on here. For other proof about how Netflix understands TV better than you do, consider the fact that the service has been in the midst of a price increase for some subscribers — when, if Netflix was seriously worried about all the competition in this space today, you’d think they’d actually be cutting prices, not raising them.

True: Netflix had to triple it's "Friends" licensing fee for 2019
Also true: Netflix's subscriber base has nearly tripled since last license

There are just a few of the many things to consider as the Netflix-Office headlines continue to trickle out and whip up strong reaction on social media. But let’s end with this. Fact: As much as it pains me to write, and I am as die-hard of an Office fan as anyone, the popularity of the show is only going to go in one direction over time.