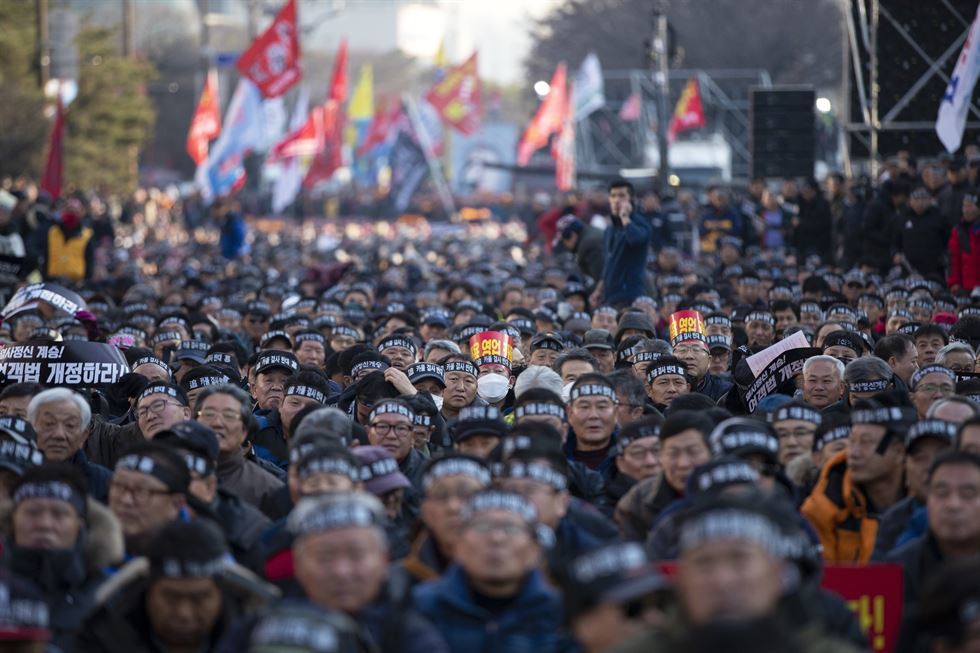 It’s no surprise that taxi drivers aren’t exactly the world’s biggest fans of ride-sharing apps that offer customers cheap fares and the convenience of hailing a ride with just a few taps of a screen — services that have gone on to eat a big chunk out of the industry as a whole around the world. Still, every now and then the intensity of opposition from the taxi industry can surprise you — and, in the case of recent protests in South Korea, downright shock you with the extreme measures that some cabbies are taking to let their feelings be known.

Tens of thousands of taxi drivers in the capital city of Seoul have been protesting for months now against the launch of the ride-sharing service Kakao T Carpool, an Uber-like app the drivers say would exacerbate their already meager standard of living. Some protesters are even taking things so far that they’re committing suicide, by setting themselves on fire.

Ride-sharing apps have been banned in the country since 2015, though it appears that may be changing. Most people use an app called Kakao Taxi that works the same way as a ride-sharing app, it just connects them to a yellow taxi instead. Drivers of which have been staging dramatic mass protests — including a few self-immolations — to convince lawmakers to keep ride-sharing apps illegal.

One such taxi driver, 67-year-old Lee Nam-soo, told Reuters last last year his livelihood is barely enough to take care of his family as it is. He earns the equivalent of $80 a day and told the news service, “There’s no way I can survive if Kakao operates.”

This week, one cab caught on fire while it was parked, with the 64-year-old taxi driver inside later dying after being taken to the hospital. It’s suspected he lit the fire on purpose and even reportedly left a four-page suicide note that explains how economically tough it is to drive a cab in the country.

Kakao T Carpool is owned by Kakao, the parent company of other popular apps used in the country like the messaging service KakaoTalk. The company has so far held off on launching in the country in the wake of these dramatic protests, and according to Reuters the company has said about any possible launch that “We will have continued consultations with the industry, parliament and the government.”