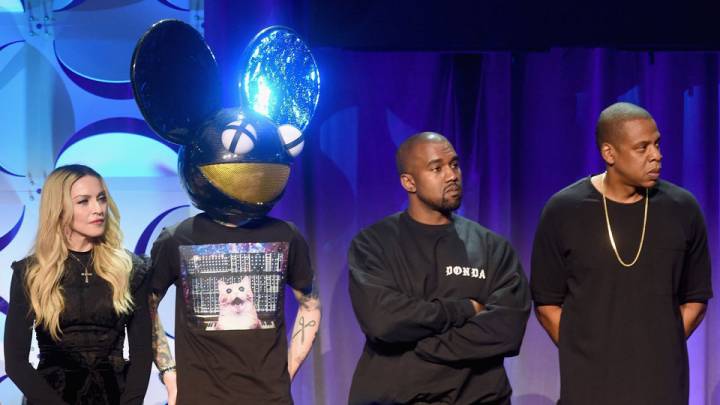 Early this morning, slowly dying wireless carrier Sprint announced that it has bought a 33 percent stake in Tidal, Jay Z’s nearly-dead streaming music service. The deal should bring free or discounted access to Tidal’s service to all of Sprint’s customers, in return for a much-needed cash injection for Tidal, and a seat on Tidal’s board for Sprint CEO Marcelo Claure.

On the surface, it’s a deal that makes total sense. Cell companies are beginning to realize that there’s money to be made partnering with content producers, which is why AT&T is spending billions buying up Time Warner. But for Sprint, a company that’s already having to perform financial backflips just to keep the lights on, investing money in a trainwreck of a service seems like a pretty bad plan

As part of the deal, Sprint’s 45 million customers will be getting access to Tidal’s music service and “exclusive original content,” although the details of that arrangement are yet to be shared. Sprint CEO Marcelo Claure will take a position on Tidal’s board. According to Billboard, the 33 percent stake in Tidal cost Sprint around $200 million, valuing Tidal overall at around $600 million.

That’s a huge return for Tidal and Jay-Z, whose holding company S. Carter Enterprises LLC bought Tidal’s parent company, Aspiro AB, for $56 million in January 2015. If Billboard‘s sources are right, that would mean Tidal has increased in value by about 970% in the space of two years.

That’s despite recent reports in Norwegian media, which claim that Tidal has been consistently over-reporting its number of subscribers. According to Dagens Næringsliv, Tidal has about 850,000 paying subscribers, far less than the 3 million claimed, and nothing compared to Spotify’s 39 million paying subscribers.

According to a press release issued by Sprint, “The passion and dedication that [Tidal’s] artist-owners bring to fans will enable Sprint to offer new and existing customers access to exclusive content and entertainment experiences in a way no other service can.” But the amount of money Sprint is paying for the privilege is strange when you consider Sprint’s own cash problems.

As Bloomberg details, Sprint is facing a mountain of debt and tight cash flows over the next few years, and the carrier even cut back on network investment by a third last year to save money. Sure, a $200 million investment in Tidal is small change compared to the billions the network spends on capital investment and new customer incentives, but it’s still a significant amount of money for a company mired in billions of debt.

But the investment does make more sense when viewed through one particular lens: acquiring customers. Sprint has been rumored to be up for sale or a merger for a while now, although the long-rumored Sprint/T-Mobile merger has yet to happen. For a sale or merger, the number of Sprint subscribers is likely to play a huge role in how much the company is worth.

From that perspective, think of the Tidal acquisition less as a $200 million investment in a company, and more as a $200 million promotional chip to get exclusive Tidal access, exclusive releases from Tidal artists, and bribe customers to defect from other networks for long enough to sell the company.