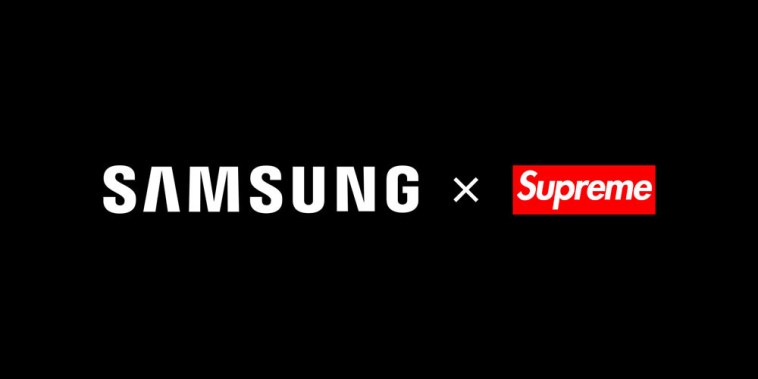 When you’re one of the premiere technology companies on the planet, aligning yourself with brands that so blatantly rip off other companies certainly isn’t a good look. So it’s no surprise that Samsung now says it’s re-thinking the partnership it announced earlier this week with a company pretending to be the iconic New York-based streetwear fashion brand Supreme.

According to a Google translation of a message Samsung posted on the Chinese social media site Weibo, the South Korea-based tech giant apparently wants to tamp down some of the concerns that were raised over this rather strange flap. The company’s statement reads: “Recently, Samsung Electronics announced at the launch of the Galaxy A8s that it will cooperate with Supreme Italia in the Chinese market. We are currently re-evaluating this cooperation, and we deeply regret the inconvenience caused.”

While that’s what PR pros would definitely describe as a non-answer (as to whether this will go forward or not), the new statement certainly keeps alive this weird story that began when Samsung proudly announced a partnership with Supreme Italia during its Galaxy A8s event in China. We say proudly, because Samsung even allowed a few executives from the knock-off Supreme brand to join the company on stage — and then later put out a statement that acknowledged, effectively, they were aware this brand is not the same NYC company that everyone knows.

Is Samsung so hungry for buzz and press that it thinks it needs to resort to tactics like this? Hopefully not. As we noted in this earlier piece, the guys from the fake Supreme brand announced Monday that they would enter the Chinese market next year. Plans they shared included building a seven-story flagship store in Beijing, with one of the Supreme execs onstage promising the brand would hold a runway show at the Mercedes-Benz Cultural Center in Shanghai, also next year.

This drew a swift and angry response from the real Supreme folks, who put out a statement noting that “Supreme is not working with Samsung, opening a flagship location in Beijing or participating in a Mercedes-Benz runway show. These claims are blatantly false and propagated by a counterfeit organization.”

It goes without saying, Samsung would certainly do well to put this episode behind it quickly so that it can get on with some major projects it has on the horizon, like the release of the Galaxy S10 and its first foldable phone, expected to launch in just a matter of months.