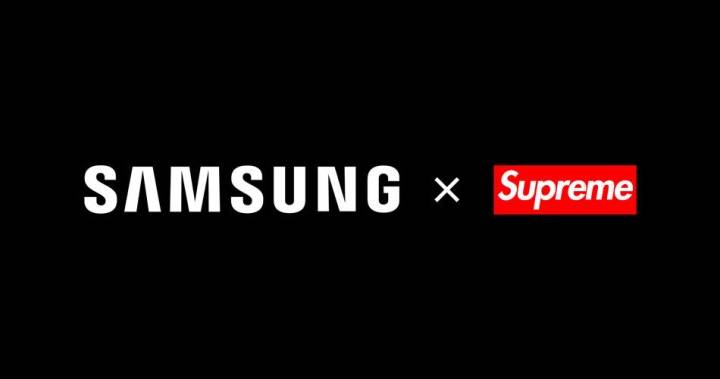 The hip, New York City-based streetwear fashion brand Supreme is so popular in Asia that Samsung has decided to launch an official marketing partnership with a fake version of the brand.

You read that right. Samsung’s real announcement about a real partnership with the fake brand came during the tech giant’s conference in China focused on its Galaxy A8s phones and included a splashy announcement that Supreme would enter the Chinese market next year. Plans include building a seven-story flagship store in Beijing, with one of a pair of Supreme CEOs onstage promising the brand would hold a runway show at the Mercedes-Benz Cultural Center in Shanghai, also next year.

The problem with that announcement, and with the pair of Supreme CEOs who showed up, is that they in no way represent the genuine NYC-based brand. Because of a trademark law oddity, the US company has not actually registered in a few places around the world, including in Italy. An entity there calling itself Supreme Italia is what Samsung is actually working with. Moreover, Samsung knows it’s not working with the real one.

Naturally, the real Supreme brand didn’t take this news quietly. No surprise, considering it’s fought unsuccessfully to get Supreme Italia shut down before. “Supreme is not working with Samsung, opening a flagship location in Beijing or participating in a Mercedes-Benz runway show,” reads a statement put out by the US-based company. “These claims are blatantly false and propagated by a counterfeit organization.”

China, of course, has a famously devil-may-care attitude towards intellectual property. To a much lesser extent, so does Samsung. And so does Supreme, for that matter, which has been accused of cribbing the inspiration for its designs from artist Barbara Kruger. (We all know about the patent and related infringement cases Samsung has likewise been involved with.)

Lau took to his Weibo account to try and tamp down the confusion over this strange news. His comments boiled down to, essentially, we have to do business with this knockoff version of Supreme because the US entity doesn’t have a presence in China. “We are collaborating with Supreme Italia, not Supreme NYC,” Lau wrote. “Supreme NYC has no sales and marketing authorization in China, but Supreme Italia has obtained product sales and market authorizations in the Asia Pacific region (except Japan).”

Of course, all of this comes on the heels of some similar bits of recent news that likewise attach a bit of additional, shall we say, inauthenticity to Samsung. Earlier this month, the company was caught using an iPhone to promote its Galaxy Note 9 on Twitter. Not long after that, Samsung was busted for pretending a stock image taken with a DSLR was captured by its own camera phone. And now this.