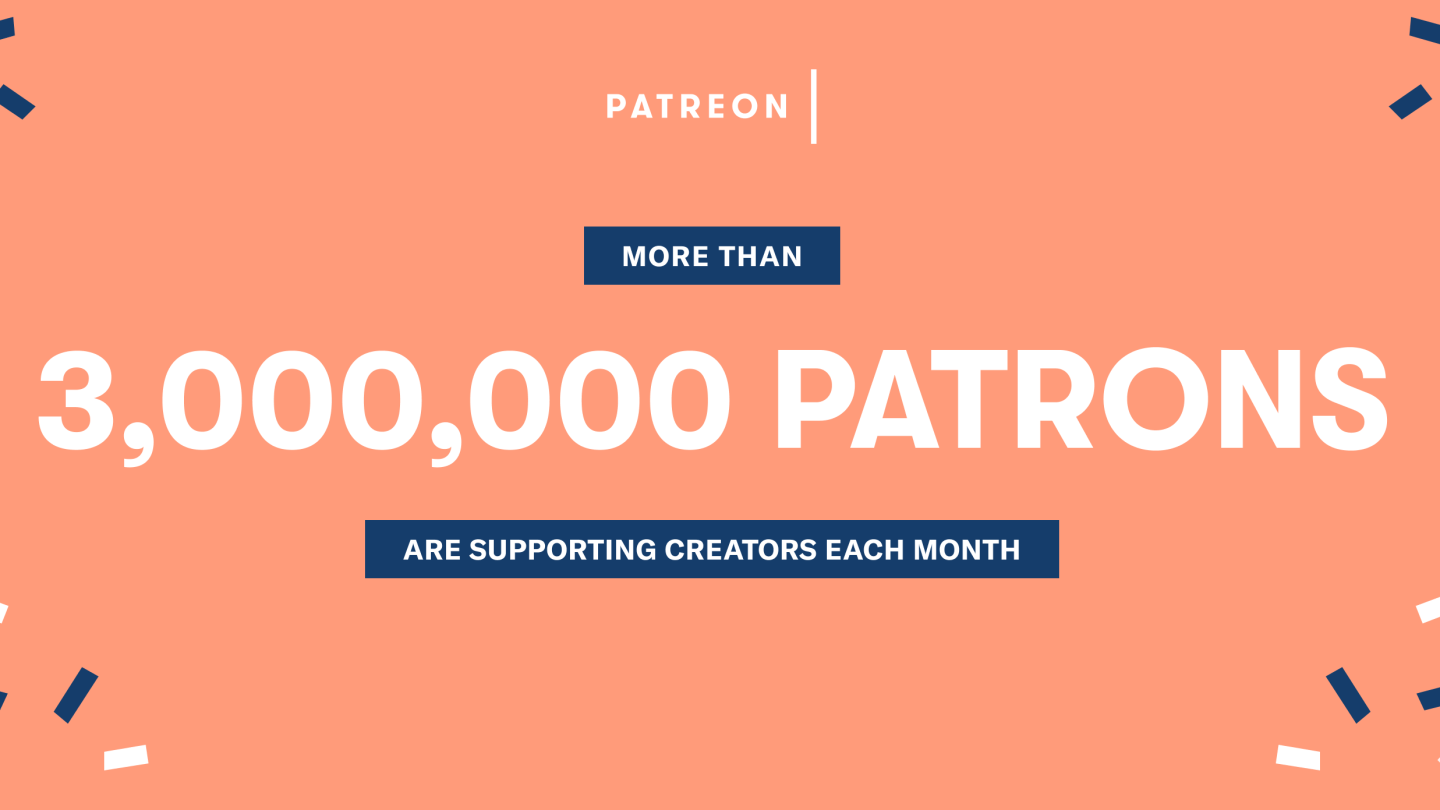 The online membership platform Patreon has been growing like gangbusters since it was launched in 2013 — and especially lately, at the expense of sites like YouTube that have changed up their algorithms and their advertising guidelines, demonetizing some creators’ content and seemingly making it harder for those creators and artists to generate revenue from their work.

Indeed, Patreon has been growing so fast that the company today announced it expects to pay out more than half a billion dollars to the platform’s artists and creators this year. That’s thanks to another big milestone the company simultaneously announced today — the fact that Patreon now has a whopping 3 million patrons supporting more than 100,000 creators on the service.

In a company blog post, the Patreon team wrote that all of this means the company will at some point this year pass a symbolic milestone — the payout of more than $1 billion to creators since the company was launched. “This incredible achievement not only shows the importance of our mission to fund the creative class, but that it’s affecting real people — both creators and patrons. Patrons are supporting creators and enabling them to build sustainable businesses that reinforce the art and the value they bring to this world.

“…In just one year, the number of patrons around the globe increased from two million to three million, and the creators being supported include podcasters, illustrators, writers, musicians and more. On track to pass one billion dollars paid out to creators, Patreon is continuing to nearly double the amount of money sent to creators year over year.”

Why is that the case? Partly, it’s the company’s focus. Patreon mostly goes after small and independent creators to support, and it’s easy for those creators to ask fans for monthly membership fees — making a variety of perks and exclusive content available depending on how much fans are willing to spend. What’s more, not even competition from much larger platforms appears to be making much of a dent in Patreon’s growth.

Facebook, Twitter and YouTube all allow users to raise money from their audience in various ways. Patreon, meanwhile, says it’s got some new tricks up its sleeve it will also unveil as the year unfolds, such as a merch solution that the company hints will make it easier to take care of the busywork involved in creators sending out physical goods to their fans.

“As we continue to grow, we’re still on a mission to power membership businesses for creators and be there to support their journey,” the Patreon blog concludes. “We’re building more enhancements, features and integrations to help every creator easily activate their membership business so they can focus on what they truly love: Creating.”