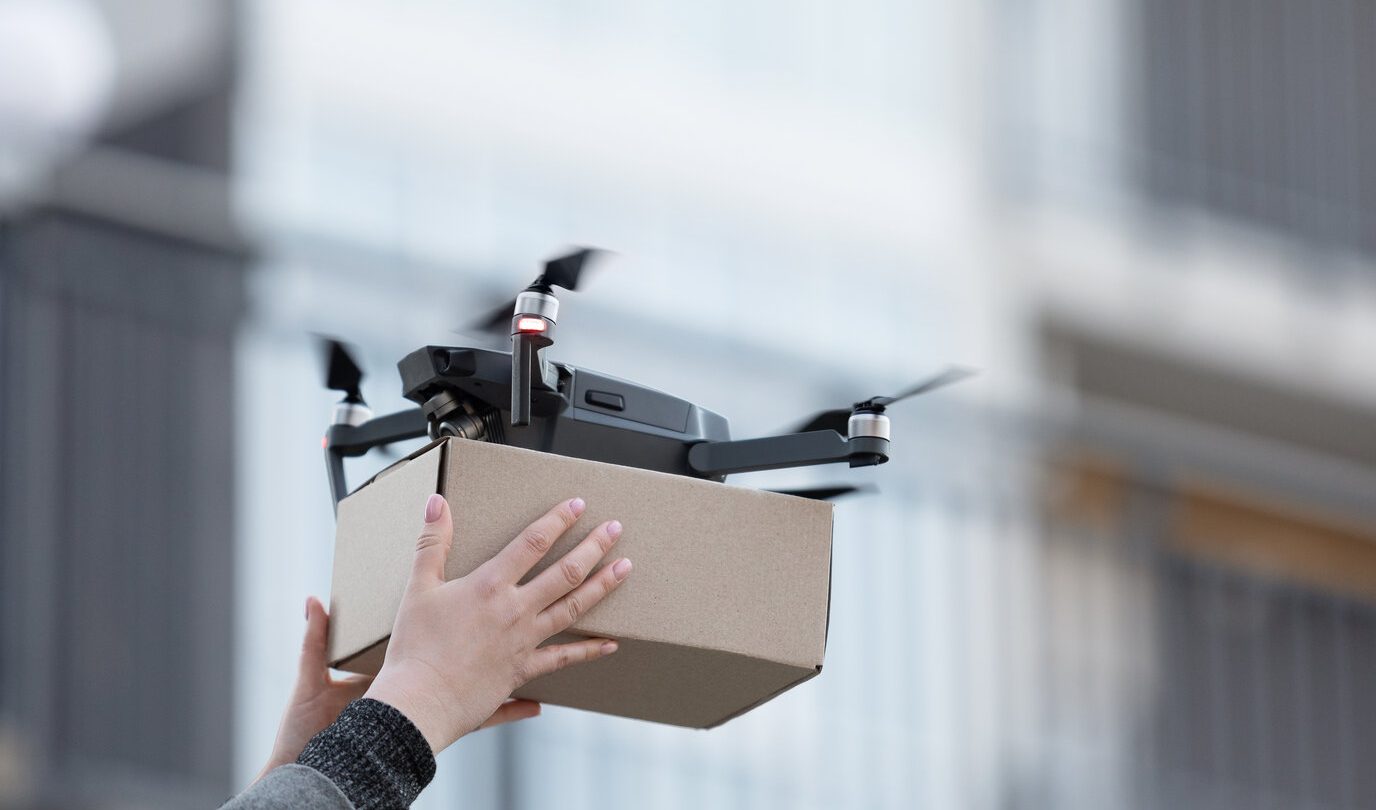 Welcome to the future, courtesy of an expansion of Kroger delivery options that will soon include packages dropped off via drone.

Kroger has announced that this spring, it will pilot a drone delivery program that calls for using drones to ferry products from a test store in Centerville, Ohio, to customer residences, with the products including items such as over-the-counter medicines, baby supplies, and assorted other sundries that weight up to roughly five pounds. There’s already a website for this Kroger Drone Delivery service, and it informs visitors that: “Kroger Drone Delivery is an innovative pilot service that will deliver groceries to customers by drones flown by certified drone pilots under FAA approval.” Kroger says it has partnered with Drone Express for this pilot program, which will “initially launch this pilot from a store in its Cincinnati/Dayton Division in Spring of 2021.”

According to a press release from Kroger, this pilot project involves Kroger teaming up with Drone Express to deliver packages not simply to a customer’s front door, but to the location of their smartphone. In other words, the idea is that a customer could use their phone to order a drone delivery that would be flown to a park, maybe if supplies were needed for a picnic; or to the backyard, where a cookout might be taking place; or to even somewhere like a beach, if the user needed a product like sunscreen.

Using Kroger.com/DroneDelivery, the grocery chain says customers will be able to place orders and have eligible orders delivered within as little as 15 minutes.

“Kroger’s new drone delivery pilot is part of the evolution of our rapidly growing and innovative e-commerce business — which includes pickup, delivery, and ship and reached more than $10 billion in sales in 2020,” said Kroger’s Jody Kalmbach, group vice president of product experience. “The pilot reinforces the importance of flexibility and immediacy to customers, powered by modern, cost-effective, and efficient last-mile solutions. We’re excited to test drone delivery and gain insights that will inform expansion plans as well as future customer solutions.”

It remains to be seen how smoothly this will all work once things are fully up and running, but the fact of the matter is that most major grocery retailers, including giants like Walmart and Amazon, are chomping at the bit to get a service like this off the ground, no pun intended. Amazon is building out its own Prime Air service, for example, which is intended to be an option whereby customers can get packages of up to five pounds delivered in 30 minutes or less using small drones. Amazon says it has multiple Prime Air development centers in the US, the United Kingdom, Austria, France, and Israel, and it’s also testing the drones themselves in “multiple international locations.”