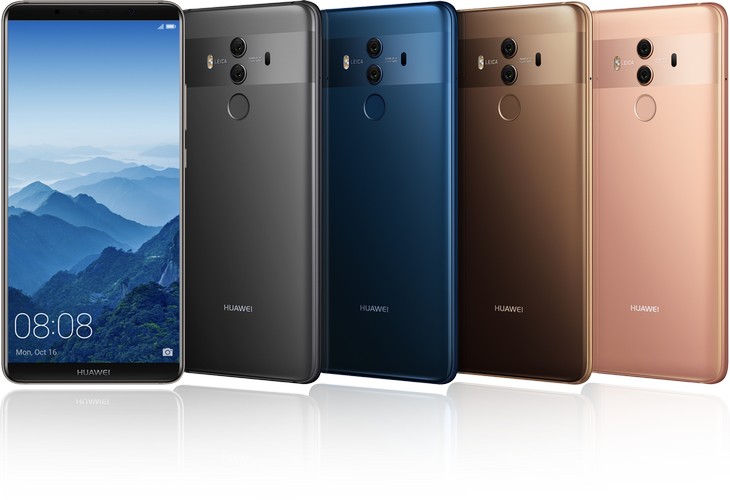 For years, there’s been a big hole missing in the US Android phone market. Samsung is the undisputed champion, and the only company making any money selling expensive Android phones. LG, HTC, Sony, and Google all fight over the table scraps that are left, but there’s always been one big name missing. Huawei, the second-biggest smartphone company in the world by sales, has never seriously competed in the US.

Sure, it sold phones unlocked through online retailers, but the only way to sell a real number of phones is via carrier partnerships. The big four wireless carriers have thousands of retail stores nationwide, and their phone-financing agreements make devices more affordable for consumers.

So when a report emerged late last year that Huawei had partnered with AT&T to sell the Mate 10, its newest flagship, it would have been a body blow to Samsung. The Mate 10 has features that have been a big selling points for Samsung in the past — like a physical headphone jack and front-mounted fingerprint sensor — while also adding things that the Galaxy S9 is rumored to lack, like a Leica-branded dual-lens camera setup.

But luckily for Samsung, the deal appears to have fallen through. Huawei told Reuters that while it will sell the Mate 10 in the US, it will only be through “open channels” and not via any wireless carrier. “The U.S. market presents unique challenges for Huawei, and while the HUAWEI Mate 10 Pro will not be sold by U.S. carriers, we remain committed to this market now and in the future,” it said in a statement.

The deal was cancelled due to political pressure, the Wall Street Journal reports:

Last month, members of the Senate and House intelligence committees sent a letter asking the Federal Communications Commission to review any relationship with Huawei and requested that the FCC get briefed on the security concerns raised in 2012. The letter also raised concerns about Huawei’s growing smartphone business, now the world’s No. 3 brand behind Samsung Electronics Co. and Apple Inc.

According to the paper’s reporting, part of the deal between AT&T and Huawei would have involved Huawei supplying cheap 5G networking equipment to AT&T. National security leaders were worried about potential backdoors being introduced into American telecommunications networks thanks to Huawei equipment, and National Security Agency director Michael Rogers and former FBI director James Comey personally spoke to AT&T executives to cancel the deal.

Whatever the reasons, it seems clear that a deal was in place, and ready to be announced at CES, before some kind of intervention. The timing will be particularly bad for Huawei, which had already spent millions on a marketing campaign for its AT&T tie-in agreement for the Mate 10. “Whatever they have spent on US marketing is a waste now, and the letdown this time may also deter other potential carrier-partners in the future,” Canalys analyst Mo Jia told Reuters.