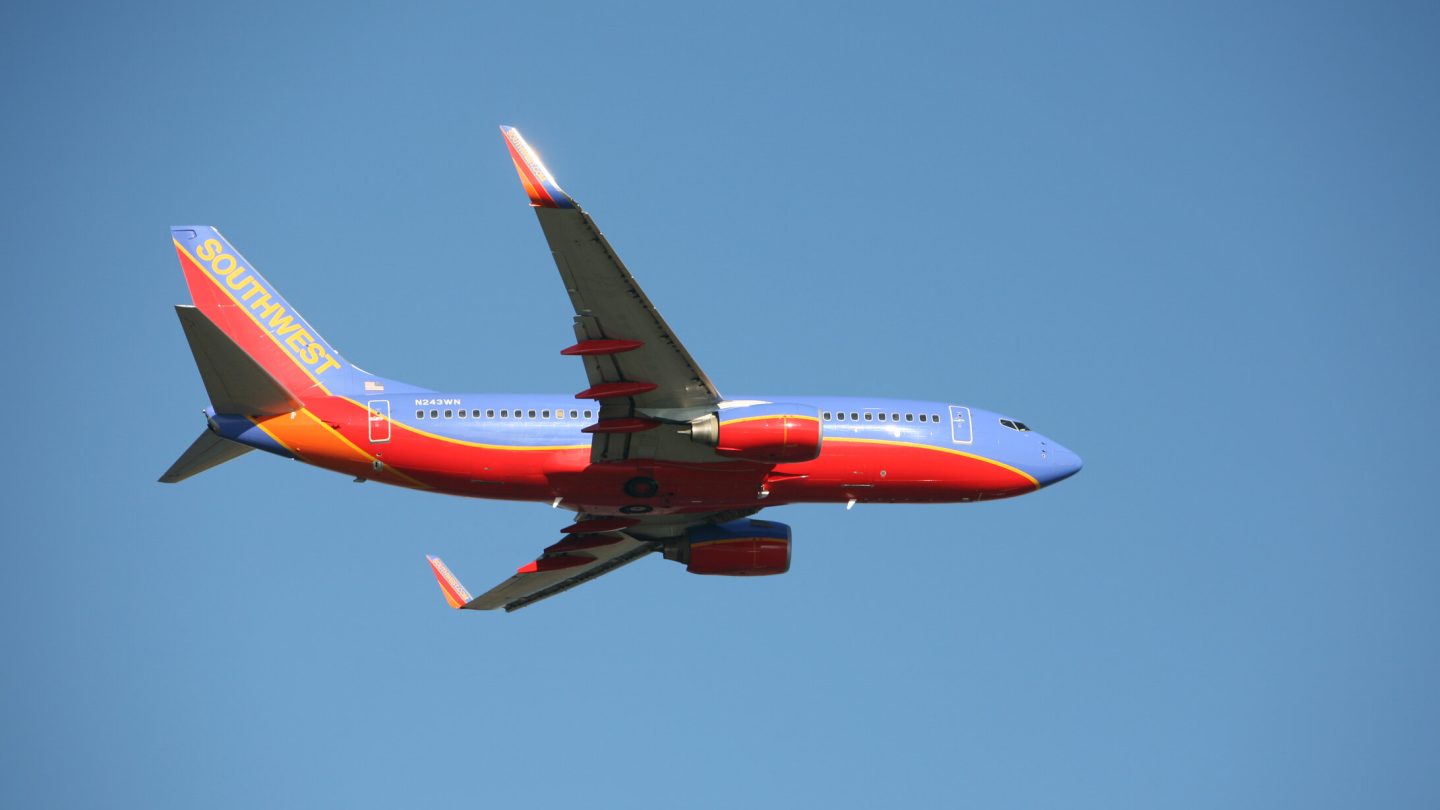 Flight cancellations were a routine part of travel long before the pandemic. But even in the new environment brought about by COVID-19, the nearly 2,000 Southwest Airlines cancellations this weekend represented an extreme mishap and bad look for an airline that’s long prided itself on friendliness and customer service. Indeed, this airline is supposed to be the one that everybody “loves.” That’s thanks to everything from the at-times silly flight attendants to the heart in the Dallas-based airline’s logo. That customer-friendly vibe even extends to the company’s stock symbol: “LUV.”

But a lot, and we mean a lot, fewer people are loving the airline right now. Southwest canceled more than 1,800 flights this weekend, stranding thousands of passengers across the US. That’s the kind of thing that already generates justifiable anger among travelers. But Southwest’s explanations for why this all occurred in the first place raised as many questions as answers.

Southwest customer line in Denver, Colorado after flights were unexpectedly canceled in a suspected strike related to the vaccine mandate. pic.twitter.com/dfly9PKw8b

Basically, the airline blamed a combination of factors, including air traffic control issues as well as inclement weather. In a tweet on Saturday, here’s what Southwest said: “(Air traffic control) issues and disruptive weather have resulted in a high volume of cancellations throughout the weekend while we work to recover our operation.”

Ok, fair enough. But the FAA itself also took to Twitter, posting a statement that can essentially be read as: Don’t you dare blame this on us or on our air traffic control employees. “No FAA air traffic staffing shortages have been reported since Friday,” the FAA’s statement reads. “Flight delays & cancellations occurred for a few hours Friday PM due to widespread severe weather, military training, & limited staffing in one area of the Jacksonville en route center. Some airlines continue to experience scheduling challenges due to aircraft and crews being out of place.”

And as if that wasn’t enough? The FAA followed up Sunday evening with this tweet as a further defense of itself. Which it decided was important enough to pin to the top of its page:

Look any time. Go to the source and check it out yourself: https://t.co/2JqKd70wIr

Blaming it on the weather

So that’s the air traffic control issue. What about the claim of bad weather?

One reason this claim seemed suspicious to some people is that — wouldn’t you expect some sort of equivalent wave of cancellations from Southwest competitors like Delta and United? Especially since the weather was bad enough for an airline like Southwest to scrap 28% of its flights this weekend? Yet, according to FlightAware, Delta Air Lines reported just three canceled flights on Sunday, and nine for United Airlines. American Airlines reported 143. FlightAware, however, showed a whopping 1,019 Southwest Airlines cancellations and another 691 flight delays Sunday evening.

A Southwest spokesperson told Bloomberg on Sunday that what happened here was bad weather in Florida essentially kicking off a wave of disruptions. And that air traffic control issues confined to that one region only compounded the problem.

Reports Bloomberg: “Recovering from such issues is more difficult these days because there are fewer frequencies between cities in the carrier’s current schedule, the spokesperson said.”

Rumors flying about the vaccine mandate

There is, meanwhile, still one more complicating factor to note. One that’s responsible for scores of angry tweets and social media posts denouncing Southwest. And it’s a suspicion that the federal vaccine mandate is also behind this, at least to some degree.

Major delays and cancellations for passengers flying Southwest Airlines. The airline is reporting an air traffic management program put in place because of weather is causing the flight back-ups. However, some passengers are hearing that some employees have walked off the job. pic.twitter.com/QSpQbglgnc

You can find tons of angry comments like that one on social media at the moment. Which is why the Southwest Airlines Pilots Association decided to weigh in, releasing the following statement Friday:

SWAPA is aware of operational difficulties affecting Southwest Airlines today due to a number of issues, but we can say with confidence that our Pilots are not participating in any official or unofficial job actions.

Our Pilots will continue to overcome SWA management’s poor planning, as well as any external operational challenges, and remain the most productive Pilots in the world. They will continue to be focused on their highest priority — safety. SWAPA Pilots are true professionals and will always maintain the highest level of responsibility to their crews, their passengers, and our airline.

Nevertheless, such assurance that the vaccine mandate didn’t cause a job action here hasn’t been enough to sway everyone. Here’s one reason why: On Friday, just a few days ago, guess who went to court in order to block Southwest from enforcing a vaccine mandate?

None other than the Southwest Airlines Pilots Association.

Reminder: @SouthwestAir accepted $3.2 BILLION from taxpayers. That money kept its pilots employed during the pandemic. It also made @SouthwestAir the first airline to post a profit. And now, apparently, many of those pilots don’t want to help society by getting vaccinated.