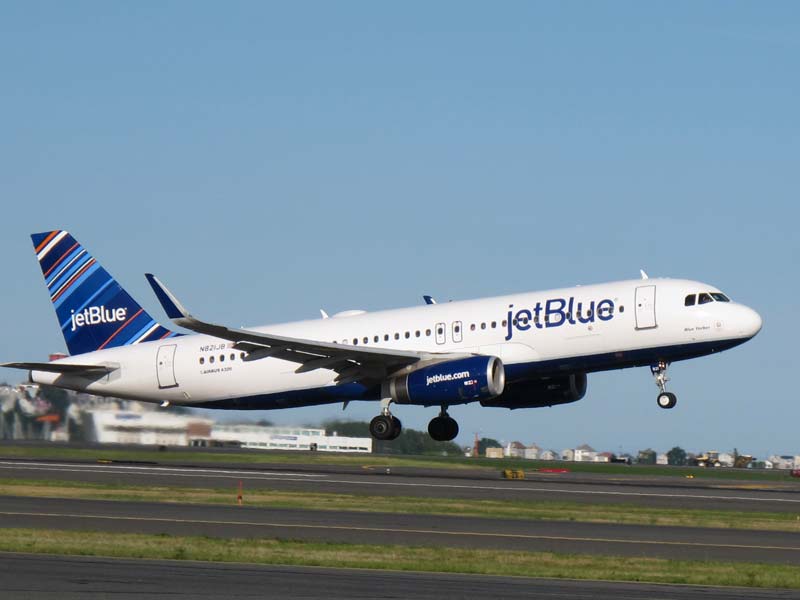 The hot, dog days of summer have only just now arrived, but already boutique New York-based airline JetBlue is trying to appeal to travelers who may have fall travel plans and who want to go ahead and lock in some savings now.

The airline launched a two-day “Type A” fall fare sale on Wednesday with lots of great deals and tickets as low as $54 for travel between Sept. 9 and Nov. 20 except for a half dozen blackout dates.

Those dates mainly coincide with holidays and include Sept. 30; Oct. 1, 12 and 14; and Nov. 7 and 11. There are also different or additional day-of-week restrictions, travel windows, and blackout dates that may apply and vary by route, but the important thing to note is you pretty much have to act now. That’s because this fare sale expires at 11:59 p.m. local time on May 30.

So now for the fun details, like what all this fare sale includes. You can check out the link above for the full rundown, but the deals include $54 flights between Charleston and Washington DC, New York City to Burlington, Vermont, and from Sacramento to Long Beach, California.

Other one-way fare deals include a $94 flight from Boston to New York, a $64 flight between Atlanta and Orlando, another for $59 between Boston and Philadelphia and a $214 flight from New York to Turks & Caicos, among others. Chicagoans can escape from O’Hare International to sunny Fort Lauderdale for $89, and $119 will fetch you a ticket from Dallas-Fort Worth International to Boston.

Again, it’s worth repeating that even though these are discounts on fall airfares, you’ve still got to act fast to grab them as they’ll only be here today and tomorrow. Nevertheless, it’s deals like these that likely helped JetBlue tie with Southwest for overall customer satisfaction in the 2019 J.D. Power North America Airline Satisfaction Study, the results of which were released Wednesday and are available here.