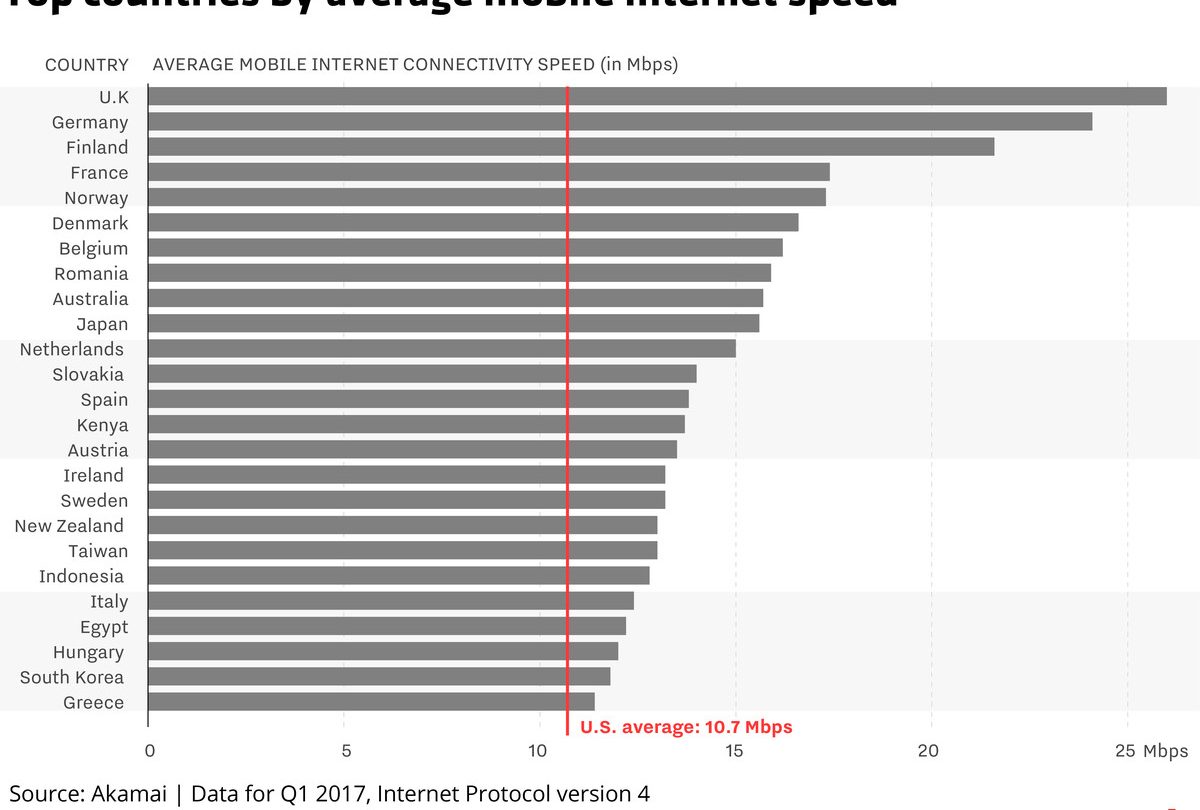 The news isn’t all bad, however. As the Beatles once said, I’ve got to admit it’s getting better: the US is now 4th in network availability as measured by OpenSignal, which is an impressive achievement for a country that’s approximately one million times bigger than Panama.

The two new reports are from Akami (via Recode) and OpenSignal, and they both paint a picture of a country that’s increasingly falling behind. Wireless internet speeds are becoming more and more important, especially with 5G technology on the horizon and fixed-line home internet looking increasingly optional.

First place in the Akami report goes to the UK, with an average speed of 26 megabits per second. Germany and Finland round out the top three, with the US’s average connection being measured at 10Mbps.

The OpenSignal report is better and worse at the same time: the US’s average connection goes up to 15mbps, but it’s also even further back compared to other countries.

Measuring mobile internet speed is always an imperfect science owing to the number of variables at play, but if two separate reports say that your internet is slower than Greece, a country that can’t make interest payments on its debt, then you know you’re in trouble.

The only shining light for the US is the availability metrics in the OpenSignal report, which show how often customer can expect to see a 4G connection. Availability in the US is way up this year to 86%, a rare win.