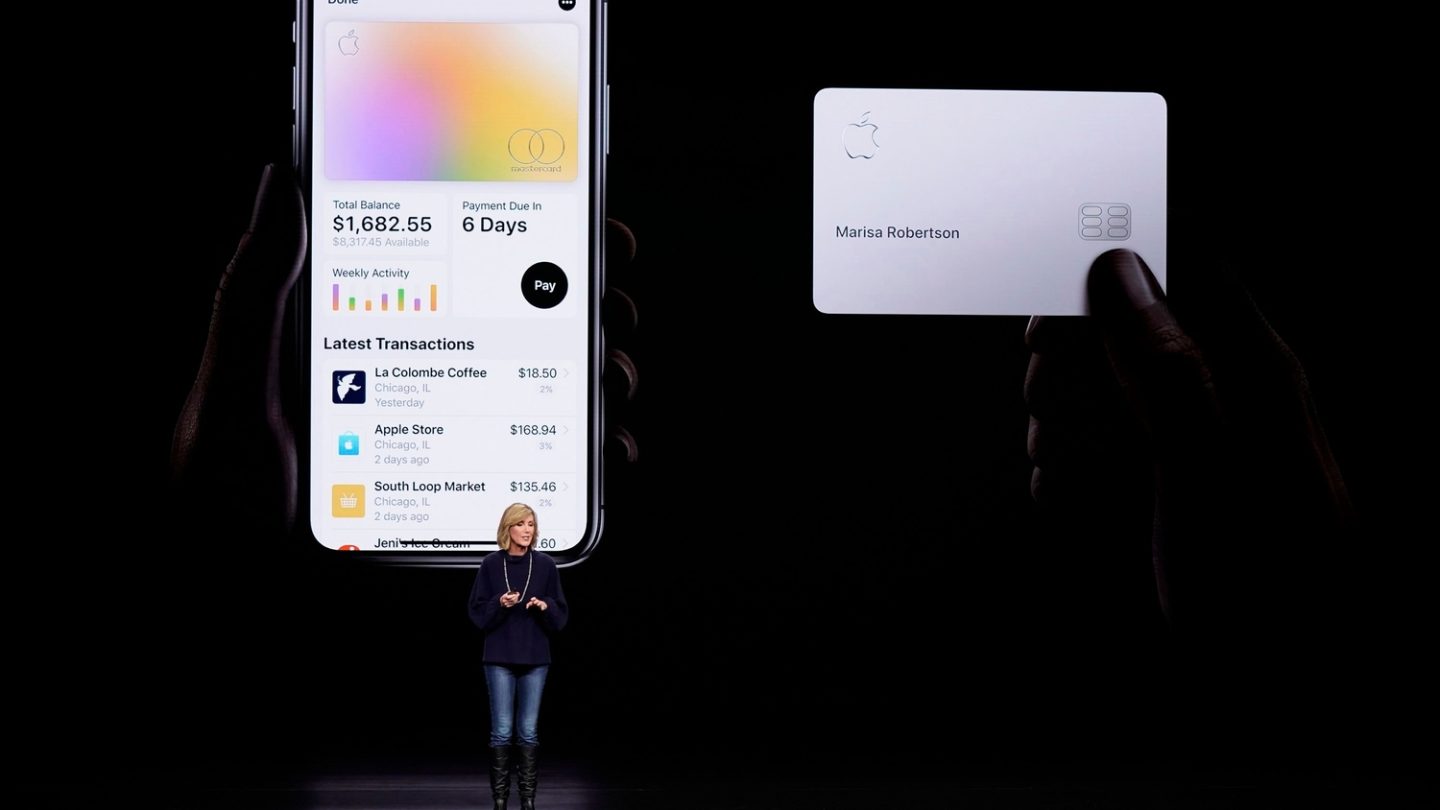 In the wake of high-profile criticism earlier this month from Apple co-founder Steve Wozniak and Ruby on Rails co-creator David Heinemeier Hansson, both of whom implied Apple Card’s credit decisions reflect gender bias, Goldman Sachs CEO David Solomon used a new interview to push back and insist there’s no such bias.

Goldman is the financial services giant that Apple teamed up with to launch the card back in August — a card launch, by the way, that Solomon has called “the most successful … ever.” Speaking with Bloomberg TV, he also insisted this week: “There’s no gender bias in our process for extending credit.”

“We don’t ask whether — when someone applies (for the card) — if they’re a man or a woman. We don’t ask if they’re married … There’s no question that different applicants can get different results, and that can be for a variety of reasons.”

Wozniak certainly got a different result from his wife when they each applied for the Apple Card, which is closely integrated with the mobile wallet on the iPhone so that you can use either a physical version of the card or a digital counterpart. Ironically, the Apple co-founder said via Twitter that the Apple Card credit line he’d been issued was 10x larger than that of his wife’s — despite the fact that the couple shares various bank and credit card accounts and that other lenders more or less treat them the same for credit purposes. And that she’s married to, you know, a co-founder of the card’s namesake company.

The claims from both men in the tweets above seem to have been enough to launch a formal probe into Apple Card, with a spokesman for the New York Department of Financial Services telling Bloomberg in recent days: “The department will be conducting an investigation to determine whether New York law was violated and ensure all consumers are treated equally regardless of sex.

“Any algorithm that intentionally or not results in discriminatory treatment of women or any other protected class of people violates New York law.”

For his part, Solomon added to Bloomberg that his bank worked with a third-party consultant to make sure unintended bias wasn’t baked into the Apple Card platform and that Goldman will try to be more transparent about credit decisions going forward. Also this week, meanwhile, a Russian banking executive — David Rafalovsky, chief technology officer for Sberbank — dismissed Apple Card during a CNBC event, arguing that there’s little about it that’s truly innovative. Nevertheless, the card is definitely a herald of things to come.

Apple’s tech rivals like Google are exploring ways they can similarly move deeper into the consumer finance space, with Google acknowledging that it’s started looking for ways to team up with banks to offer checking account services via the Google Pay app.