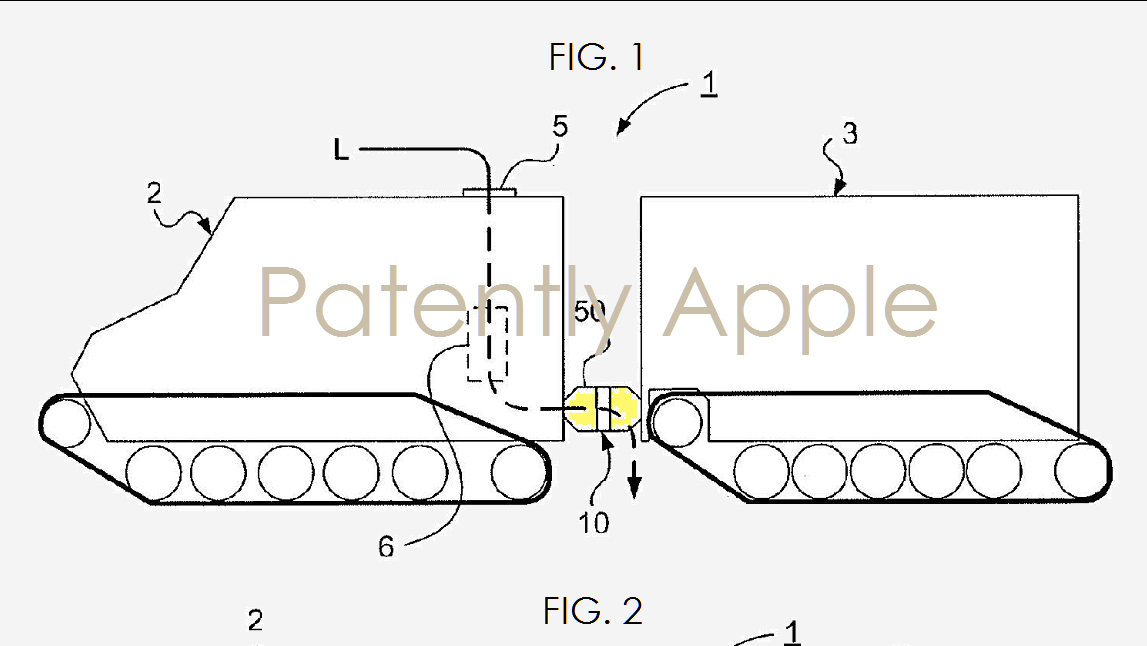 So it looks like the vehicle people at Apple didn’t get the memo that they’re supposed to be designing a self-driving car. Instead, they’ve filed a patent for something that looks suspiciously like a tracked, articulated vehicle. Apple Tank 2020?

As first spotted by Patently Apple, the company was just granted 80 patents by the USPTO. It’s not the usual Apple patent, because rather than covering chamfered corners or digital scepters, it’s related to a steering device for an articulated vehicle.

This is a change of pace for Apple, because while most of us have imagined the company working on some kind of self-driving minivan, they seem to have been quietly designing an armored troop transport. The vehicle pictured in the patent looks a lot like the BAE Systems BvS10 Viking, an amphibious armoured vehicle used by the UK’s Royal Marines. In fact, BAE is working on a commercial version of the same vehicle, and given that BAE is an assignee of the patent, that’s probably what this is.

So what does Apple’s invention actually do? Well:

It’s a steering mechanism for articulated vehicles, in other words. Certainly not an Apple Car, and an odd thing for Apple to be working on at all, but it does give us some hints that the company is doing serious R&D into the transportation sector.