I watched 3 hours of Apple TV+ last night. Ignore most of what you’ve read 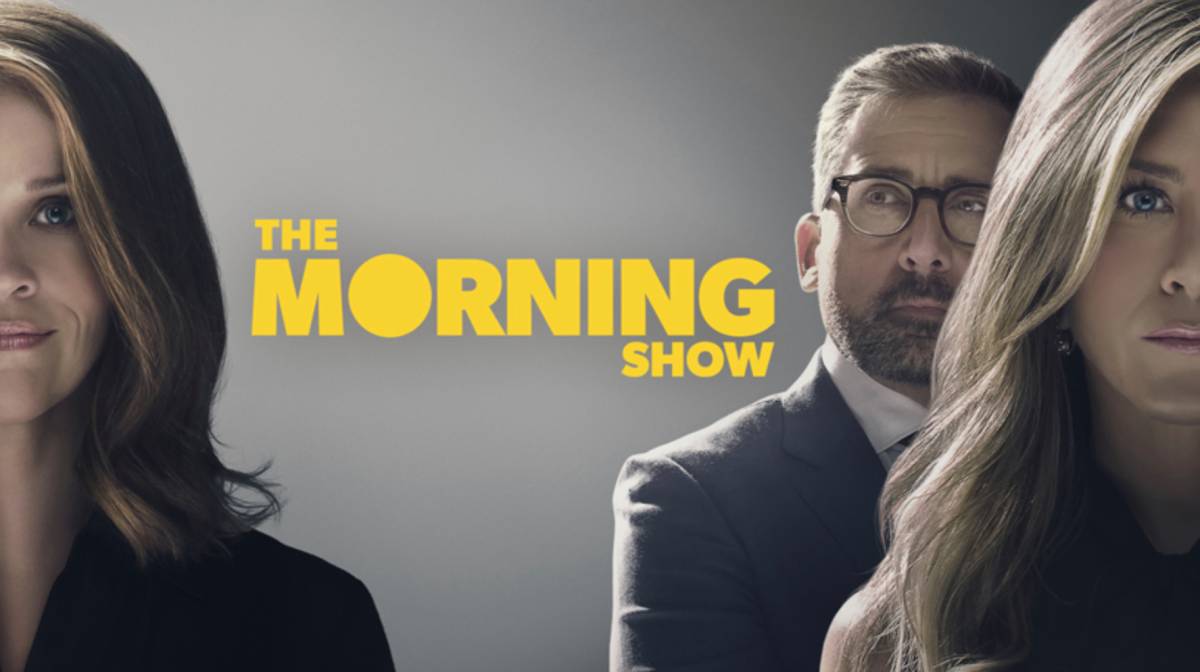 I had a conversation a few weeks ago with Lauren Hissrich, the showrunner for Netflix’s new fantasy series The Witcher that’s shaping up to fill the Game of Thrones-sized hole in the hearts of pop culture fans and which is debuting on the streamer any day now. What we talked about is, of course, the subject for another post, but I mention her now because of her philosophy about TV and what she thinks makes for quality televised entertainment. There’s no big mystery to it, really, she was saying — at the end of a long day, after work, when she’s got some free time to kill when she wants to unwind, she wants TV that does at least one of two things, and preferably both of these: She wants to be indulged, and she wants to be entertained.

I had her words ringing in my ears tonight as I spent about 3 hours enjoying an early screening of the slate of shows debuting on Friday with the launch of Apple TV+. I focused on the two highest-profile series, For All Mankind and The Morning Show, and let me say right off the bat: I found both to be entertaining — and not only that, but while each is weighed down by the flaws that bedevil any series during its maiden season, I would argue that neither is deserving of the harshest criticism that’s been levied at it so far this week, with the lifting of review embargoes.

I don’t intend the headline of this post to sound like the product of an Apple apologist. Rather, I would like to offer a more balanced counterpoint to a lot of the criticism I’ve read that calls Apple’s first stab at this whole original content business “bland,” a mess, and pretty much a failure for not giving us something that can go toe-to-toe with the homeruns that have emerged from its rivals. Indeed, there is nothing in Apple’s Day 1 content slate that’s equal to what Netflix has in Stranger Things or The Crown, or HBO hits like Game of Thrones or Chernobyl. And I’ll admit, I’m not coming within 10 feet of Apple TV+’s Dickinson, a show that looks downright cringeworthy.

Having said all that, I’d like to suggest a fairer, more objective standard to possibly use when judging the quality of something like a TV series. That standard is the following question — Will this show have a hard time finding a viewership that will be entertained by it?

In the case of both For All Mankind (offering an alternative history of the space race between the US and Russia) and The Morning Show (which goes behind-the-scenes at a fictionalized national daytime TV news show), the answer is no, Apple will not have a hard time at all finding people who are entertained by either of these shows.

We in the media, in my opinion, spend an inordinate time on this nebulous idea of “quality,” whatever that means. Is The Big Bang Theory a quality TV show? I don’t think it is, but who cares what I think — it’s one of the most successful TV comedies of all time. A pinnacle it achieved by, wait for it, entertaining and indulging its audience, full stop. Former Amazon Studios executive Matthew Ball made this point in an essay he penned earlier this year, titled Quality is a Distraction —

“There’s a large disconnect between the press’ focus on creative achievement and audience preferences. The vast majority of consumers don’t want The Crown or Mad Men or Game of Thrones most of the time. To (that) point, close to two-thirds of all primetime TV viewership is unscripted content like Duck Dynasty and The Masked Singer. Not only are these titles not Emmy winners, they’re not even potential nominees …

“Netflix isn’t always hired to show ‘great TV.’ They’re not always trying to ‘make great TV.’ In fact, most TV is ‘bad.’ If Netflix made more The Crowns and less overall content, it would be less popular, less watched, and slower growing.”

With all that out of the way, I’ll now come to some random thoughts I had about each new Apple show that I checked out tonight:

If you want to know all the fine print about Apple’s new streamer, like pricing and how to watch, check out our deep dive on the service here.