‘Blood & Truth’ review: As close as you’ll ever get to living out an action movie 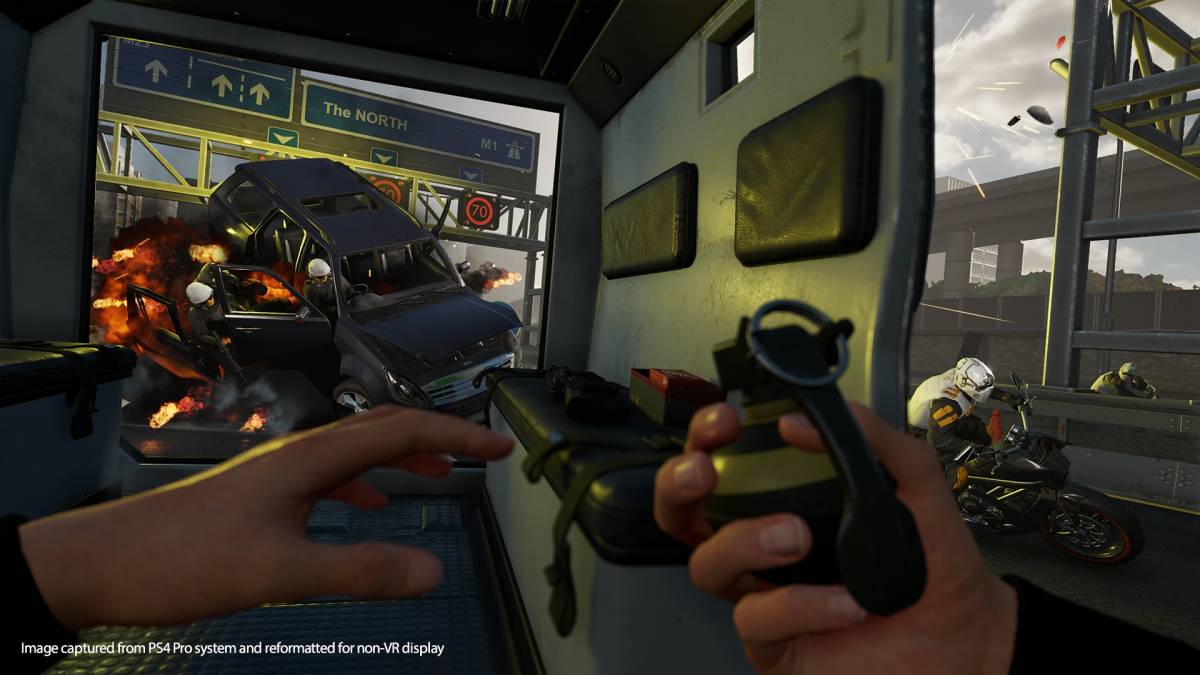 When I reviewed Farpoint for PlayStation VR two years ago, I proclaimed that first-person shooters could indeed work in virtual reality. This theory has been tested by numerous VR titles over the past two years, but none have captured my attention quite like Blood & Truth. While it isn’t the most ambitious VR game in terms of scope or scale, it sets a new high-water mark for cinematic entertainment in virtual reality.

If you own a PSVR, you’ve likely already played a chunk of Blood & Truth, as it is an expansion of The London Heist, which was the standout demo included on the pack-in PlayStation VR Worlds disc. Blood & Truth is a substantially larger game, though, following Ryan Marks as he attempts to save his family’s criminal enterprise from a rival syndicate following the untimely death of his father.

There are really only two things that Blood & Truth needed to do well for it to work for me, and it does both admirably. First and foremost, it needed to be a competent shooter. Half of the fun of a virtual reality first-person shooter is feeling like you’re actually in the game world, holding the controller up to your face to aim down the sights and manually reloading when you run out of bullets. Although my experience with VR shooters is relatively limited, I haven’t played many VR games that execute on immersion more successfully than Blood & Truth. 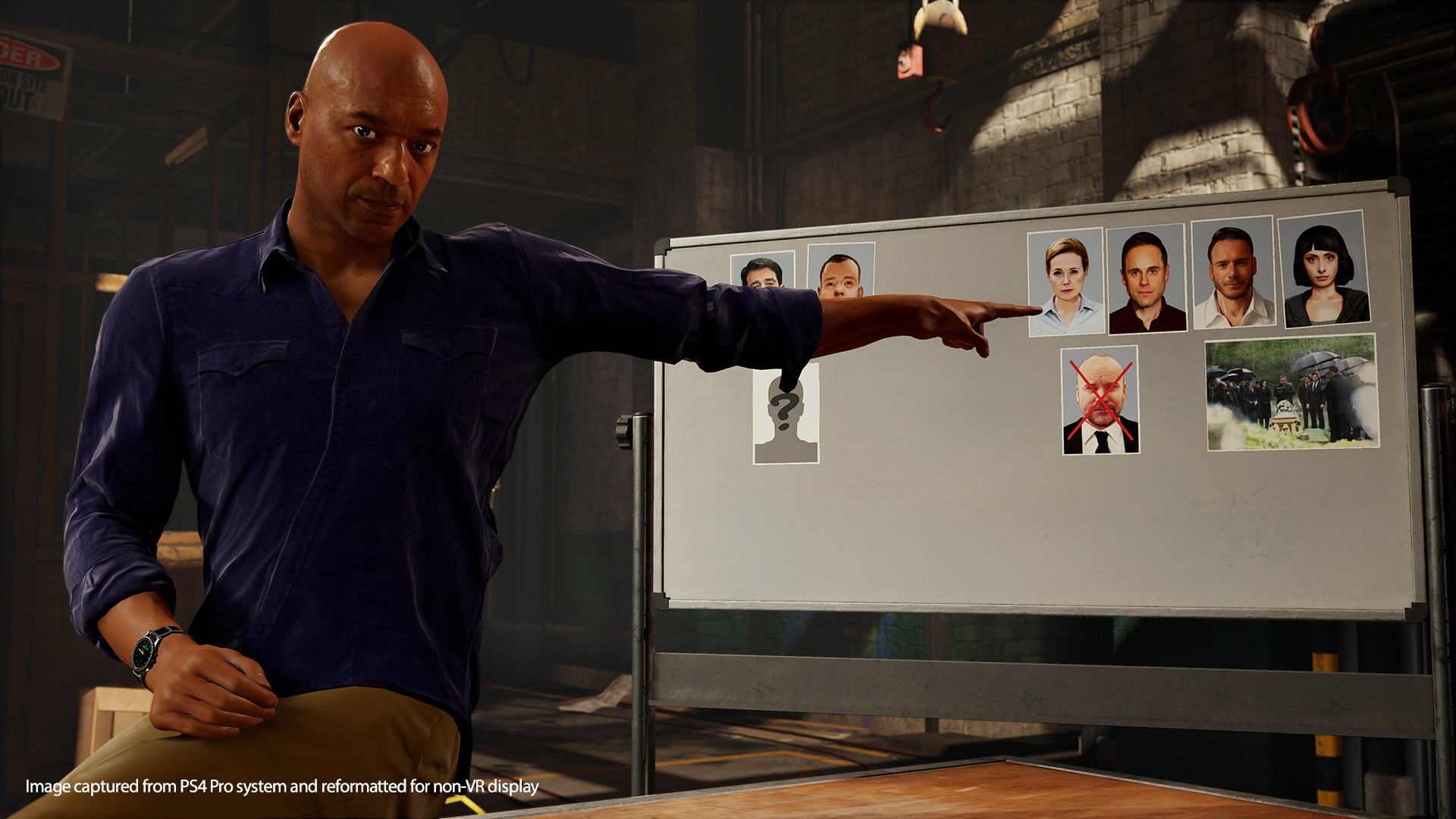 You’ll start every mission with at least one weapon (typically a pistol), but as you traverse through the level, you’ll find a variety of guns and equipment you can use to thin out the endless throng of baddies that Tony Sharp (the head honcho of the group trying to gain control of your family business) sends at you. For the most part, these SMGs, shotguns, grenades, and rifles are fun to use, especially at close range. But having completed the entire game with the PlayStation Move controllers, my results varied through the 4-5 hour long campaign, and I found some of the more hectic segments to be more frustrating than thrilling.

Variety isn’t really Blood & Truth’s strong suit, but aside from shooting everything in sight, you will also occasionally have to physically clamber your way around buildings, grabbing pipes and screws to make your way from one area to the next. You’ll also run into a number of locked doors and fuse boxes that require your deft touch. A pouch filled with tools opens up automatically when you approach one of these obstacles, and even though the game holds your hand a bit too much for my liking, these puzzles did help to break up the action.

What surprised me most about Blood & Truth was how little freedom of movement I had. This is true to the original London Heist demo, but after running around with impunity in Farpoint over two years ago, I was initially taken aback by the on-rails nature of this first-party PSVR title. But it didn’t take long for me to become accustomed to the restrictions. In fact, many of my favorite moments came when the game wrested the ability to move from me entirely by either sticking me in the passenger seat of a car as I mowed down motorcycles and vans filled with bad guys, or the rare scenes where Ryan starts running on his own, and the level turns into a shooting gallery as he races out of an exploding building or away from an attack helicopter. 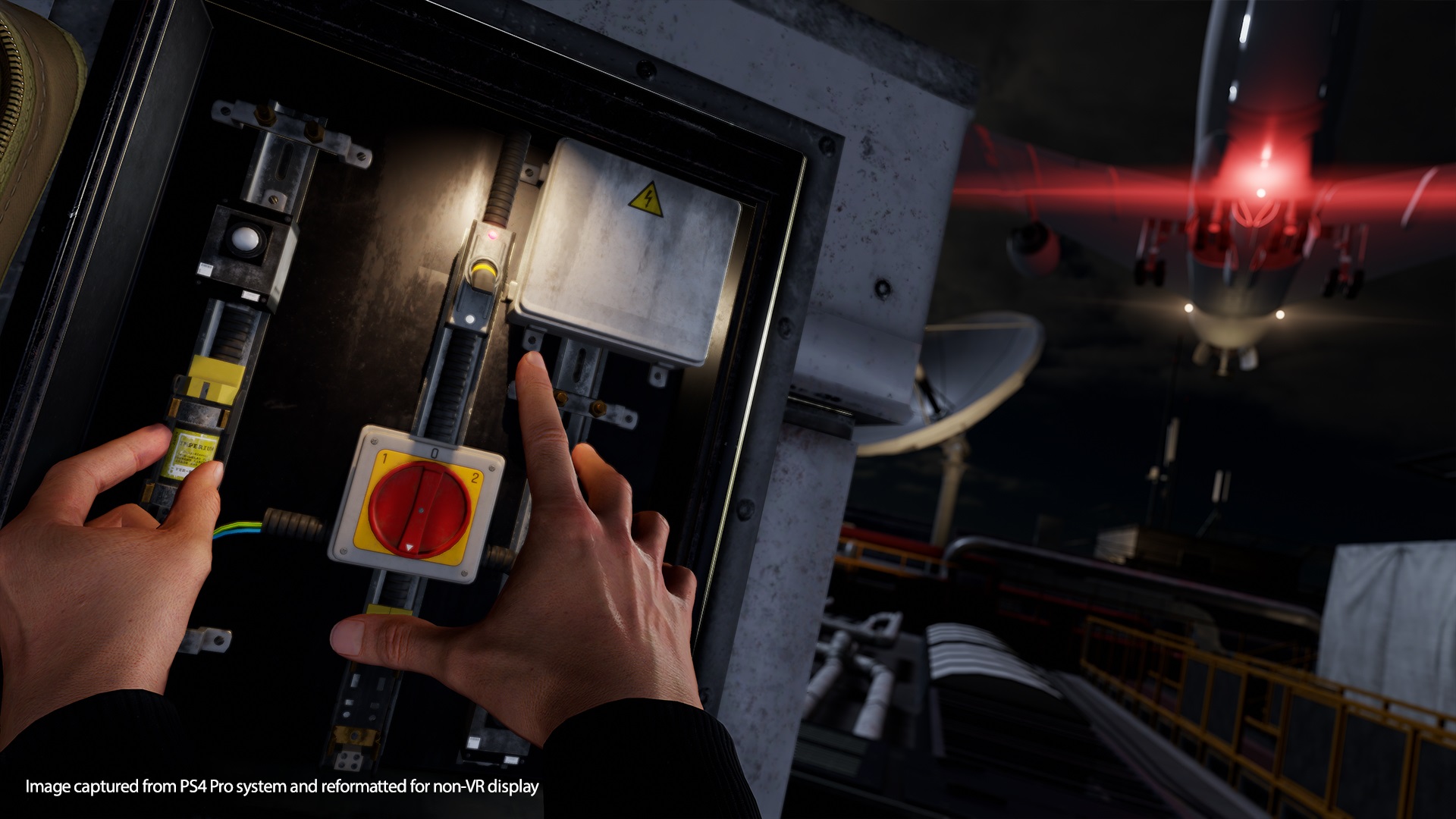 While there are more action movie cliches stuffed in Blood & Truth than I am willing to count, many of them work as well as they do because, for the first time, you’re actually able to live those moments out yourself in virtual reality. As jaded and cynical as I can be, I can think of half a dozen moments off the top of my head that genuinely surprised and delighted me, from jumping off a crane hundreds of feet in the air to jumping out of the window of a high rise and grabbing on to a sign across the alley moments before I would have plummeted to my death. Admittedly, many of the best set pieces did involve jumping or falling, but what else is VR for?

Though the shooting was serviceable, the voice acting is what elevates Blood & Truth (slightly) above over-the-top action schlock. That’s not to say the story is going to change your life, but Colin Salmon, who you might know from over 100 TV show and movie appearances, helps to ground the plot as Carson, the CIA agent assigned to your case. As with any good crime drama, Blood & Truth flashes back and forth between the events that led up to Ryan being stuck in an empty room with a CIA handler and the conversations in that room about those events.

Felix Scott, who I didn’t recognize, is equally compelling in the role of Ryan Marks, though it can be a bit uncanny to hear “yourself” speaking to other characters in VR. And I’d be remiss if I failed to mention Steven Hartley, who does a stellar job playing the part of the increasingly unstable crime boss Tony Sharp. 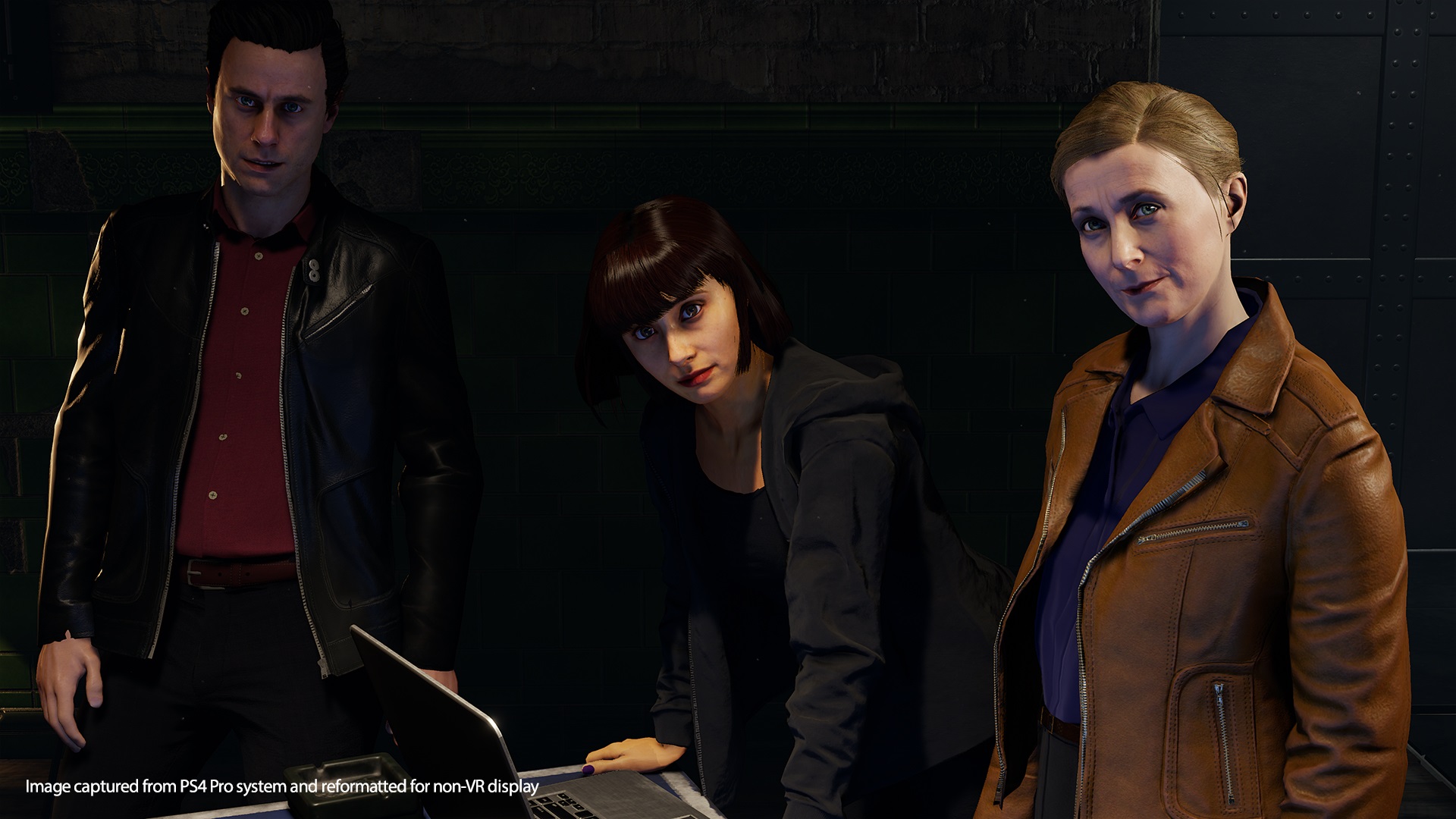 At the beginning of this review, I said that Blood & Truth needed to do two things well. In addition to being a solid shooter, it also needed to build a world I wanted to exist in for hours at a time. The amount of work necessary to start playing a PSVR game versus pressing a few buttons on my controller to play more Rocket League is substantial, and so a VR game really needs to dig its claws in to convince me to move furniture around, plug everything in, and make sure the Move controllers are charged before I commit to playing it for multiple days in a row.

Blood & Truth passed that test with flying colors. The environments were varied and detailed enough that I couldn’t wait to see more every time I put the game down for the night. I was rewarded with some of the most engaging virtual action I’ve experienced in any game all year, and although I don’t think Blood & Truth is the pinnacle of VR shooting, it’s a noteworthy stepping stone as we gear up for the next generation of virtual reality.

Tweet
Everything new coming to Netflix this week, and everything leaving (week of June 2)