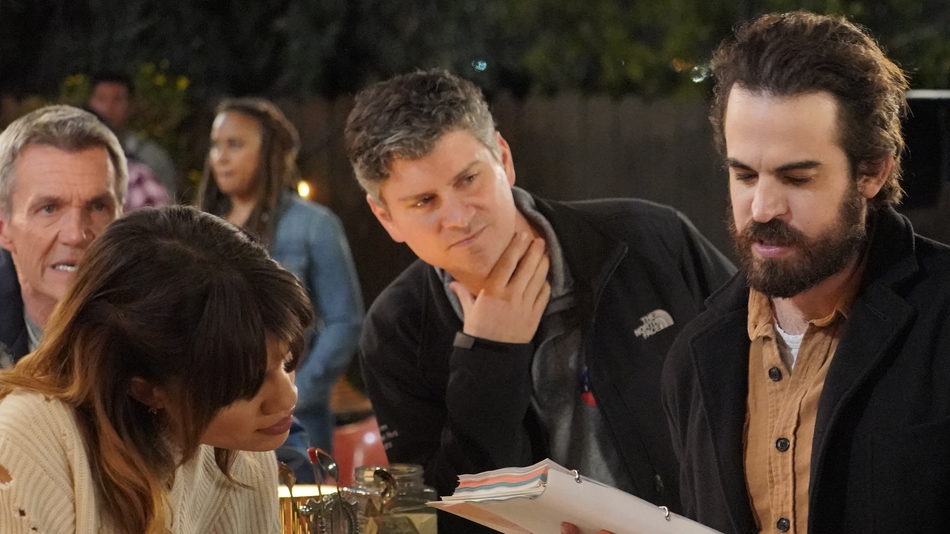 Fourteen years ago this month, a new workplace comedy debuted on NBC that was so quirky and offbeat it gave away no hint at the time about how mega-popular The Office would go on to become. So much so, that the series’ diehard fans have ensured the beloved mockumentary is arguably more popular today as a Netflix favorite than when it was actually on the air, from 2005-2010.

No surprise, then, that so many members of the Office cast, crew and writing staff went on to new creative ventures, from helming and starring in feature films to serving as showrunners for TV series of their own. One of those in the latter category is Mike Schur, who went from writing for The Office — as well as portraying Dwight Schrute’s bearded, taciturn cousin Mose — to so many other successful TV projects that it’s turned him into one of the most successful showrunners of the past decade.

Besides The Office — as well as a writing stint at Saturday Night Live before that — he co-created Parks and Recreation, serving as executive producer for all seven seasons. Among his other projects, he co-created Brooklyn Nine-Nine, executive-produced the Aziz Ansari Netflix series Master of None, and created NBC’s The Good Place, now in production for its fourth season.

We mention Schur as well as the 14-year anniversary of the debut of The Office this month, because in a happy bit of coincidence, this month will also see the debut of a new NBC comedy that marks yet another series Schur is involved with. It’s called Abby’s, and at first blush will seem to some viewers like a kind of Cheers for the modern era. It’s set in an outdoors (and not exactly legal) bar, focusing on the stories, hijinks and relationships of the bar’s patrons.

If that sounds like a retro sort of concept for a modern half-hour broadcast series, that’s kind of the point, as Schur explained in an interview with BGR.

Schur is the executive producer for Abby’s, which debuts March 28 on NBC, and he took this occasion — along with Abby’s creator Josh Malmuth, who’s produced shows like New Girl and Superstore — to talk with us about not only the new show, but about everything that’s changed. About how different the world of TV showrunning is today compared to when both men first started out, and how the definition of what constitutes a successful TV series — both in the commercial and creative senses of the word — has shifted, as well.

“The industry has gone through this … insane explosion of growth since I’ve been here,” Schur said. “I started in LA in 2004. I was in New York at SNL before that. Since 2004, there’s entirely new media … there’s, like, entirely new methods of watching TV that didn’t used to exist. There’s been this crazy explosion, and what that’s done more than anything, for writers, is it’s changed the landscape from a place where there was basically like half-hour comedies and hour-long dramas — and there were some shows on HBO that were kinda weird and different — to now, where there’s every granular difference you can think of in terms of how you write, present and create shows.

“The benefit of that — obviously, it’s great for consumers because we’re literally drowning in an ocean of choice. But for creators, it’s also a wonderful thing, because you can have an idea and you can executive the idea exactly the way it needs to be executed. And that didn’t used to be the case.”

Everything used to have to fit into certain boxes, Schur continued. Boxes that included, say, no more than 22 episodes. Of a certain length. With a potential home on only one of four networks. Compared to now, when the opportunities to land a new series somewhere extend also to streaming platforms that are writing fat checks to land creators and talent. Networks are stepping up their game as well, cognizant of the fact that competition for eyeballs has ratcheted up considerably.

Which brings us back to Abby’s, a show that also happens to be the first multi-camera network sitcom to be shot outdoors. It stars Natalie Morales as the titular Abby, a former Marine who decides to open a bar in her backyard. Other recognizable members of the cast include Neil Flynn, a veteran of sitcoms like Scrubs and The Middle.

Says Malmuth: “I think that sitcoms really at their core are this place where a bunch of characters want to spend time together, but then also you as a viewer want to hang out, you know?

“When I was thinking about what kind of show I’d like to make, I wanted to boil it down to that essence, right? It’s just a bunch of people in a room talking to each other, and hopefully you enjoy the characters and interaction enough that you also want to be in that room, too. In terms of this idea, I like bars just in general. I like spending time there and the conversations I have over a drink.”

(Schur starts to snicker, apparently thinking the answer is starting to sound too serious, but Malmuth presses on.)

“And because there’s, like, 10,000 television shows, if you think of something you haven’t seen before you’re like — oooh, I should probably do that. So I went to Mike, and he agreed to help me out on it.”

The premise suggested, at least to Schur, something a bit nostalgic. Something like the feel of one of those early 2000s sitcoms that were, if nothing else, just an attempt at making a bit of feel-good TV for an audience. Not necessarily a reinvention of the envelope or something to knock critics’ socks off.

“The Office was revolutionary for its time, which seems crazy now,” Schur says. “But it was a mockumentary, and there hadn’t been one of those in America, like, ever basically. At least one that was fictional. In this case, what appealed to me about this show was it just a really clean and simple idea — a woman who runs a bar in her backyard. And that suggests a certain psychology for the main character and a certain presentation for the format, which is a multi-camera format that I’ve never worked in before.

“It suggested a sort of, like, calm, laid-back style. Of people just sitting around a bar, talking.”

There were tons of shows like this years ago, a decade or two ago. Not so much anymore, Schur continues.

“Just because there was, in the streaming universe, like this crazy big bang where shrapnel flew everywhere all over the landscape, and all these kind of weird, wild experimental new things happened,” Schur said. “This wasn’t one of those shows. It happened to be one that’s kind of retro, and we thought — you know what? There’s probably a home for it.”

In this new environment, meanwhile, how do you judge whether a new show like Abby’s is a success? Schur has some thoughts about that as well — thoughts that are relevant not only to his own projects but could extend even to, say, the new original programming that Apple is getting set to launch this year.

Here’s one bit of insight: Schur — even though he’s one of the most successful showrunners working today, so you’d think he’d have a good instinct about what works and what doesn’t — says you need to wait at least a year to decide whether a new show is working or not.

“I’ve been saying to writing staffs for now a really long time that there’s exactly one thing you can control, and it’s the quality of the show,” Schur explains. “You can’t control the marketing, the audience reaction, the word of mouth. I mean, for god’s sake, You was on Lifetime and almost died and then went to Netflix and now it’s this huge hit and everybody can’t stop talking about it.

“The paths these shows take toward finding audiences are just bizarre and completely unpredictable. You control what you can control and put it out into the world and say — here’s a think we think is good, and hopefully somebody over the next year will agree. I think anything else is … it’s sort of a fool’s errand.”