NASA’s New Horizons discovers Ultima Thule is not one object, but two

The past two days have been incredibly exciting for NASA and its New Horizons spacecraft. The probe made its much-anticipated flyby of the mysterious Solar System object called Ultima Thule early on January 1st, and NASA declared the mission a success after receiving word that the spacecraft gathered a wealth of science data.

Now, as scientists begin studying the very first tidbits of information gathered by New Horizons we’re learning a whole lot more about the rock. In fact, we just found out that Ultima Thule isn’t one rock, but two.

In a gorgeous new image delivered by New Horizons we can see that Ultima Thule is actually two rocks of differing sizes flying in tandem and touching. This is what is known as a “binary,” or more specifically a “contact binary.”

It’s an amazing discovery, especially considering that the possibility of Ultima Thule being a binary duo had been floated a number of times over the course of the lengthy New Horizons mission. It’s also the very first time a binary object has been studied up close, and it’s a fantastic opportunity for NASA to learn more about how these unique formations work. 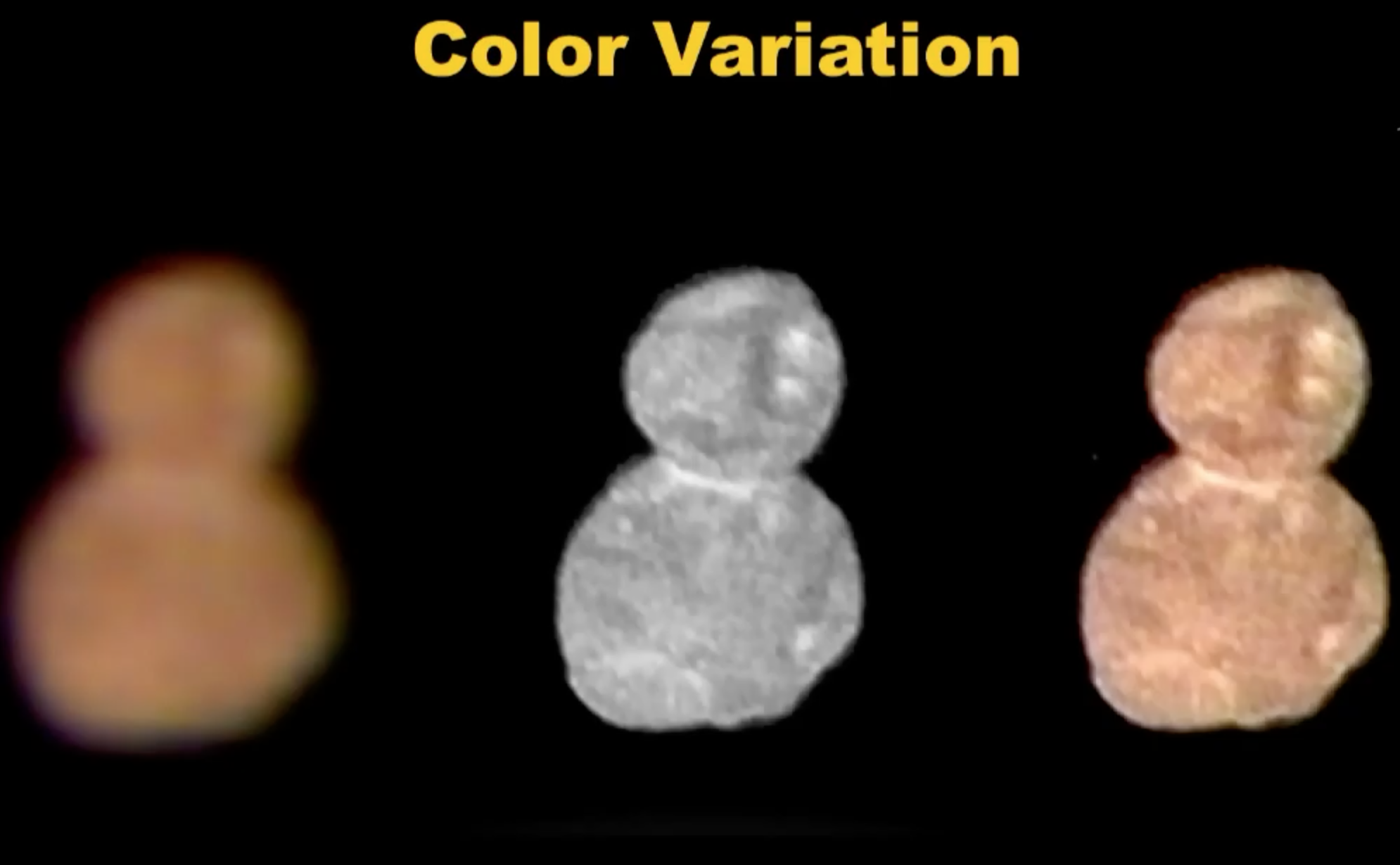 In addition to learning its true shape, New Horizons also captured color data when it made its close pass. By combining images taken by multiple instruments we get a good idea of Ultima Thule’s color. As it turns out, the charming rock twins are reddish, not unlike the surface of Mars.

These revelations are really only the tip of the iceberg. New Horizons will continue to relay the information it’s already gathered for the next two years or so, meaning we have many months of awesome discoveries to look forward to.