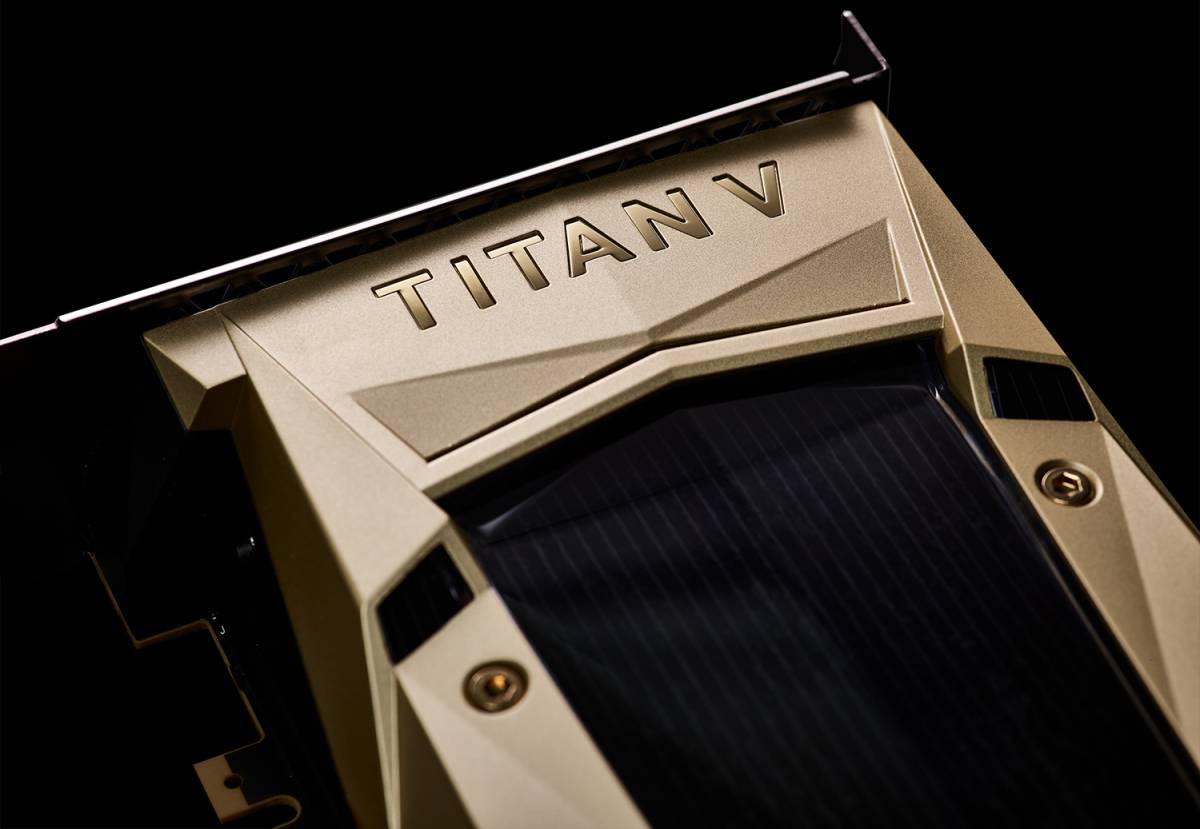 This isn’t the first time in recent history that Nvidia has unveiled the most powerful GPU on the market, but this time around the company has announced something truly incredible. Nvidia on Friday took the wraps off of its new Nvidia Titan V GPU, which uses the fabless chip maker’s Volta architecture to bring supercomputer chips to the PC.

Volta is the same architecture behind the chips that power Amazon Web Service’s new P3 instances and it’s now available for desktop computers… with a catch: the Titan V GPU is not a consumer product. It’s built for professionals and prices for professionals; the “most powerful PC GPU ever created” carries a hefty $2,999 price tag.

Let’s start with some specs, which those in the know will undoubtedly appreciate. Nvidia’s new Titan V GPU features 21.1 billion transistors that deliver up to 110 teraflops of performance. It packs 12GB of HBM2 memory, 640 Tensor Cores, and 5120 CUDA cores. The chip is designed to power AI and complex scientific simulations, offering as much as 9 times the performance of Nvidia’s previous-generation GPU.

“Our vision for Volta was to push the outer limits of high performance computing and AI. We broke new ground with its new processor architecture, instructions, numerical formats, memory architecture and processor links,” said Nvidia CEO Jensen Huang. “With TITAN V, we are putting Volta into the hands of researchers and scientists all over the world. I can’t wait to see their breakthrough discoveries.”

Here’s a promo video for Nvidia’s new Titan V GPU, which is available for purchase beginning immediately on Nvidia’s website:

Tweet
How next year’s iPhone could be good for Google