Why I think Apple botched the iPhone X’s notch

The iPhone X is likely the best smartphone made to date, and probably the best phone of the year considering the technological advancements it has compared to the competitions. The A11 Bionic chipset and the Face ID camera are beyond anything Samsung or Google can pull off this year. These aren’t the only top features available from the iPhone X that deserve praise, but you’ll be hard-pressed to really notice them as long as you’re focused on that ugly notch.

Long before Apple actually unveiled the iPhone X, I told you that the notch-and-ears design might be the ugliest thing about the phone, but that Apple may have a way to fix it via software. I was wrong. That’s not the most hideous thing about it. That’s a necessary compromise to make room for that Face ID camera tech that nobody else has — I already explained why it makes sense for Apple to put a Kinect in your pocket.

The ugliest thing about the notch is the way Apple is selling the experience as a truly full-screen iPhone. What we hoped wouldn’t happen, happened.

Apple really wants to sell us on the idea that the iPhone X has an all-screen design. It says so on its website.

And it mentions it in the videos. Just listen Jony Ive talking about the iPhone X’s display and the experience.

To be fair, everyone else is selling their all-screen designs as all-screen designs, even though nobody really achieved it. The Galaxy S8/Note 8 has tiny bezels. So does the LG G6 if you even remember what that is. The Essential phone comes with a notch of its own, and the Mi Mix phones have bottom chins.

Yes, this is the iPhone wanted to make for years, and that’s the iPhone many of us wanted for years. But it’s not edge-to-edge yet. And the notch is many things, but tiny isn’t one of them:

While I’m ready to deal with the notch’s presence, I just can’t stand the way Apple is selling it on its website. The notch is cutting into content in a manner that’s profoundly disturbing. And so un-Apple-y.

These images are all taken from Apple’s iPhone X pages, where the phone is supposed to shine.

Here’s how it affects pictures: 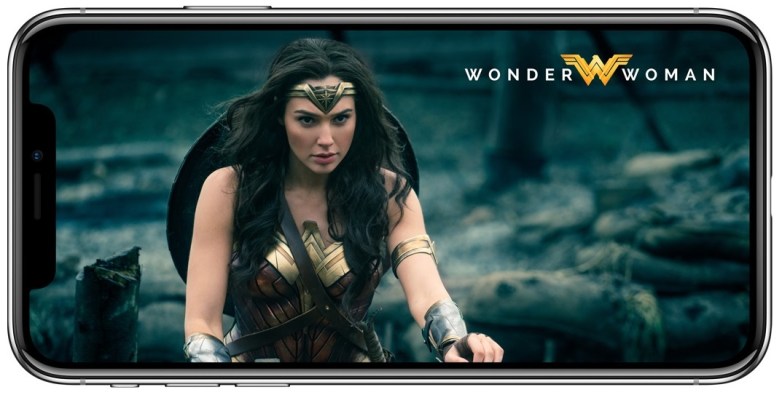 The notch also affects other parts of the UI of the iPhone. Notice how it makes Control Center’s ears look. The status bar items leave their designated spaces for some reason:

Meanwhile, the camera app has a user interface that fails to take advantage of all that extra screen:

Speaking of the extra screen, there’s going to be plenty of screen real estate that Apple will not let anyone use:

You can’t have elements outside of the safe area, as they may be covered or clipped by the ears or home area. And Apple is all about offering users great experiences. Coincidentally, the notch interferes with these experiences.

Some apps will have less screen for content. It’s still more than on the 4.7-inch iPhone though:

Fixing the notch yourself is out of the question:

Apple may fix it by changing notch-related development rules for devs in future updates. Currently, you’re not allowed to touch the notch or fix it in your own apps. Furthermore, it’s very likely that the iPhone X of the future will have similar Face ID cameras but buried under the display for a true all-screen experience. Let’s hope that’s what kills the notch.

But until then there’s no other way of describing these iPhone X images and some of the app experience it’ll offer other than ugly. The way Apple is selling the display is probably the most gimmicky thing Apple has ever done, and something I can’t defend. Yet.

Make no mistake, I’m not saying Apple shouldn’t have introduced this amazing Face ID technology. I’m actually thrilled about it. I’m just annoyed with the display experience the company ultimately chose to go with.

I will buy the iPhone X.

Tweet
T-Mobile’s iPhone 8 trade-in deal is complicated, but still worth it