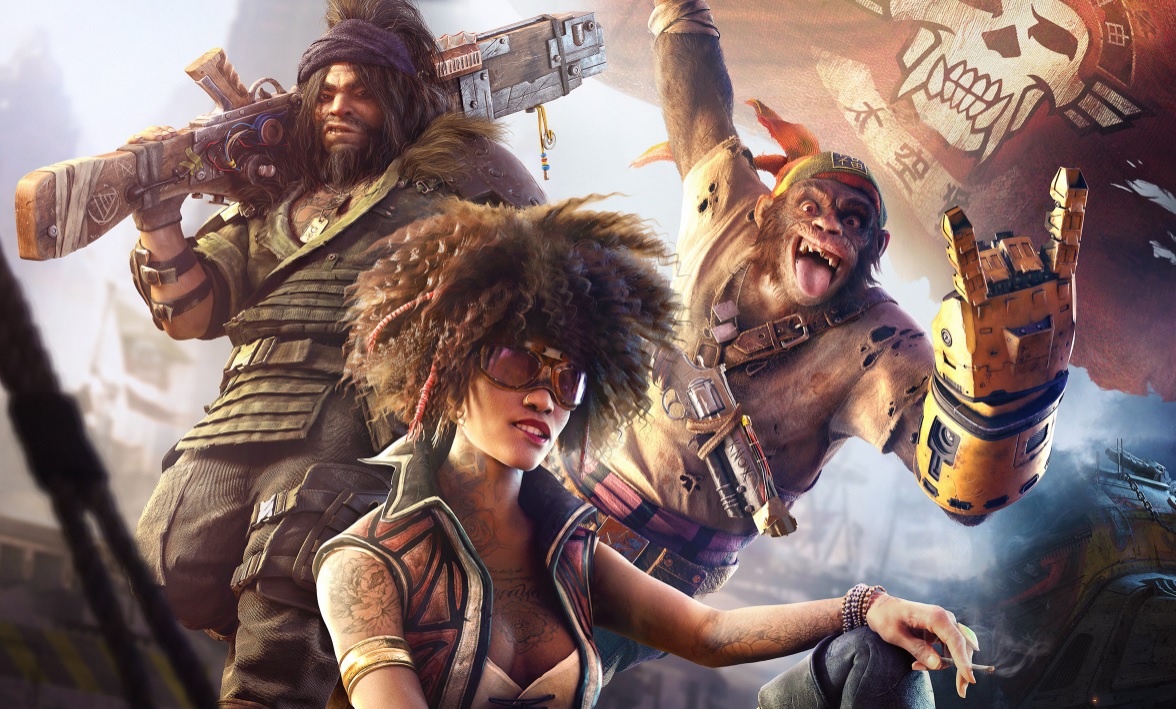 As difficult as following up EA, Microsoft and Bethesda must have been, Ubisoft held on of its best conferences ever at E3 2017 on Monday afternoon. From Mario + Rabbids to Skull and Bones to Starlink, we got to see unique experiences that didn’t fit the mold. We also got to see more of popular franchises like Far Cry and Assassin’s Creed. But it was Beyond Good and Evil 2 that stole the show.

Don't Miss: I have no idea who the audience is for the Xbox One X

The fact that this game leaked doesn’t make it any less baffling. The Rabbids were teleported to the Mushroom Kingdom, which made the whole world unstable. You can run around in exploration mode and collect coins, but once you encounter enemies, you’ll be thrown into a tactical battle similar to Fire Emblem or XCOM. On your turn, you can move across the map, take cover and attack.

A closer look at Egypt in Assassin’s Creed Origins

“For the last four years, the team behind the acclaimed Assassin’s Creed IV Black Flag has been focused on crafting a new beginning for the franchise. Fight in a completely new way where you transition seamlessly between unique ranged and melee weapons, and take on multiple enemies at once. Choose your Assassin skills while exploring the full country of Ancient Egypt, engaging in multiple quests and gripping stories along a journey that will change civilization.”

No one asked for The Crew 2, but it looks really cool

The Crew is one of the biggest open world racers ever made. It’s also not a very good game, but its road trip mentality was intriguing, and despite being overly ambitious, it had plenty of good ideas. Rather than rein things in and play it safe with the sequel, Ubisoft made the scope of The Crew 2 even bigger, allowing players to drive cars, fly planes, ride in boats and go offroad. It’s coming early next year.

South Park: The Fractured but Whole is as sweary as ever

“This highly anticipated sequel features more than twice as much content as South Park: The Stick of Truth. Created, written, voiced, and directed by Trey Parker and Matt Stone, South Park: The Fractured But Whole is authentic, interactive South Park at its finest – hilarious, outrageous, and a whole lot of fun. Everything is bigger, longer, and goes deeper than before.”

Transference made me feel very uncomfortable

“Transference is a psychological thriller and the first game collaboration between SpectreVision and Ubisoft. Bridging the gap between movies and games, we invite you to lose yourself in the destructive tale of a man’s obsession as you explore his digitally recreated memories.”

If you ever wished that the ship stuff in Assassin’s Creed IV: Black Flag was its own game, Ubisoft has answered your prayers. Skull and Bones is an open world pirate combat game, where you and your crew hunt down loot and battle other players before they can take it from you. Similar to For Honor, everyone in the world is battling in a dynamic world, which changes depending on who wins and who loses. You can play alone if you like, but it looks like the bulk of the game is online.

Just Dance 2018 will be out on all consoles in October

“Join a community of more than 118 million players around the world and bust out your best moves! Dance your heart out to 24K Magic by Bruno Mars, Side to Side by Ariana Grande ft. Nicki Minaj, The Way I Are (Dance With Somebody) by Bebe Rexha ft. Lil Wayne and Chantaje by Shakira ft. Maluma. Relive classics including Daddy Cool by Groove Century, or if K-Pop is your thing get down to Bubble Pop by Hyuna!” Available on Switch, Wii U, Xbox One, Xbox 360, PS3, PS4 in October.

“From South Park Digital Studios comes a real-time battle game like nothing you’ve ever experienced before!

Starlink: Battle for Atlas is a new toys-to-life game

“In Starlink: Battle for Atlas, you’re part of a group of heroic interstellar pilots, dedicated to free the Atlas star system from the Forgotten Legends, an evil robot force. Starlink: Battle for Atlas offers a whole new gameplay experience: build your own modular Starship model, mount it on your controller, and take part in epic space combats. Equip your model with different parts and your Starship changes in game in real time. Assemble your fleet, mix and match your pilots, Starships and weapons to create your own play style and defeat the enemy.”

Compete in the Olympics with Steep’s upcoming expansion

“Freely explore Hope County’s rivers, lands, and skies with the largest customizable weapon and vehicle roster ever in a Far Cry game. You are the hero of the story in a thrilling world that hits back with every punch, and where the places you discover and the locals you ally with will shape your story in ways you’ll never see coming. Available February 27, 2018.”

Oh my god, it’s Beyond Good and Evil 2

“Beyond Good and Evil 2 is the spiritual successor to the cult classic, a prequel that will transport players into a profoundly multicultural world, capturing the spirit of the original with grandiose decors and intense dramas that play out across a vast universe. Through the Space Monkey Program, Ubisoft Montpellier will be developing the game alongside its community of fans.”